Everybody is talking about the growing popularity of Python in the industry these days. With its widespread use across major industry verticals, Python has for sure become the hottest topic of discussion among the developers as well as product-based companies. Let’s see what Peter Norvig, Director of search quality at Google, Inc has to say on this.

"Python has been an important part of Google since the beginning and remains so as the system grows and evolves. Today dozens of Google engineers use Python, and we're looking for more people with skills in this language."

Python in vogue these days!

With so many programming languages prevailing in the market today, Python with its unique features and incredible performance dominates the app industry. A press release by Coding Dojo asserted that top-ranked Python is a general-purpose and open-source programming language used by big names such as Reddit, Instagram, and Venmo.

When we talk about its growth in high-income countries, Python has emerged as a clear winner there too. As per Stack Overflow Trends, Python claims to be the fastest-growing major programming language. When it comes to serving the financial industry, then also Python for financial app development is the most preferred choice among developers. Let’s read further to know the reasons. 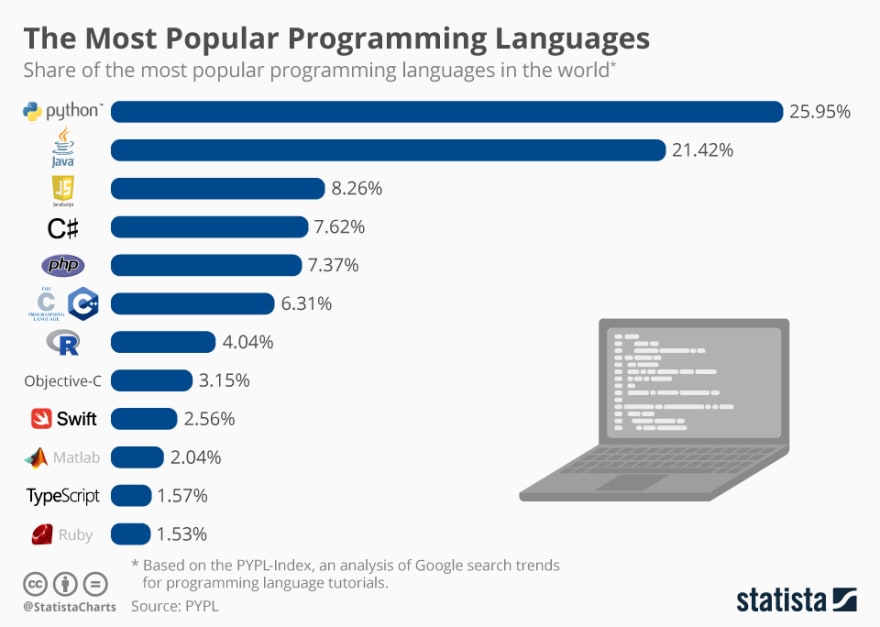 Do you know the best fit for your next Financial/Banking App?

Python is the most sought-after language that is appropriate for creating banking applications. eFinancialCareers (employment website from the Wall Street Journal) added Python to six best programming languages for the banking industry. Major characteristics that will compel you to choose Python for banking app development include,

Python has attracted two million new developers over the past year. Do you know why is it so? Well, there are many reasons responsible for creating such a huge demand for the language. We will soon discuss these in detail. Python is used in almost all industry verticals but its major applications can be seen in the banking and finance sector. Let’s read further to know why is Python the best fit for your financial/banking apps.

Algorithmic problems are one of the major challenges that developers face during the development of any banking and financial app. Since a banking app has to deal with large numbers, hence it should be smart enough to work with mathematical operations. Since Python has a similar syntax that is the closest to the math syntax being applied in financial algorithms, this is why Python for financial app development is the best choice.

Hire Python developer who can use Python for rendering better vectorization to your app using NumPy. It is a library of Python that supports high-level mathematical functions, multi-dimensional arrays & matrices. Using this library can help you create a single line code for 40,000 calculations thus speeding up the development process and quality of your financial/banking app.

Python offers a quick code compilation of the software being created thus making the overall software development faster and easier. Python libraries like Cython or Numba provide the developers with crucial functions that help compile the Python code into machine code statically or dynamically which makes the processing speed much faster resulting in creating the app in less time. This is why Python for financial app development is a good option to consider.

Using Python allows the developers to convert any mathematical or algorithmic statement to simply one line of Python code. Since a banking app has to deal with data and complex calculations, using Python for sure makes the task simpler and takes less time.

Python has a large number of auxiliary libraries that help to improve the overall performance of your application. These libraries modify the process of interaction with mathematical tasks. But it totally depends on the developers to choose the right library that meets the app needs. You can hire app developers available in the market to leverage these features offered by Python for banking app development.

My favorite language for maintainability is Python. It has simple, clean syntax, object encapsulation, good library support, and optional named parameters said, Bram Cohen. Due to its incredible features, Python is the most popular language being used in the financial service industry. Other than using Python for financial app development. Here are some of the industries being served by Python.

Pandas- Simplifies the process of data visualization and allows carrying out sophisticated statistical calculations.
Scikit and PyBrain- Offer solutions that are equipped with powerful machine learning algorithms to enable predictive analytics
Examples of products like these- Iwoca, Holvi.

Usage- To create solutions that help to create the best trading strategies that provide predictive analytical insights into the condition of specific trade markets.
Examples of products like these- Quantopian, Quantconnect, Zipline, Backtrader, IBPy 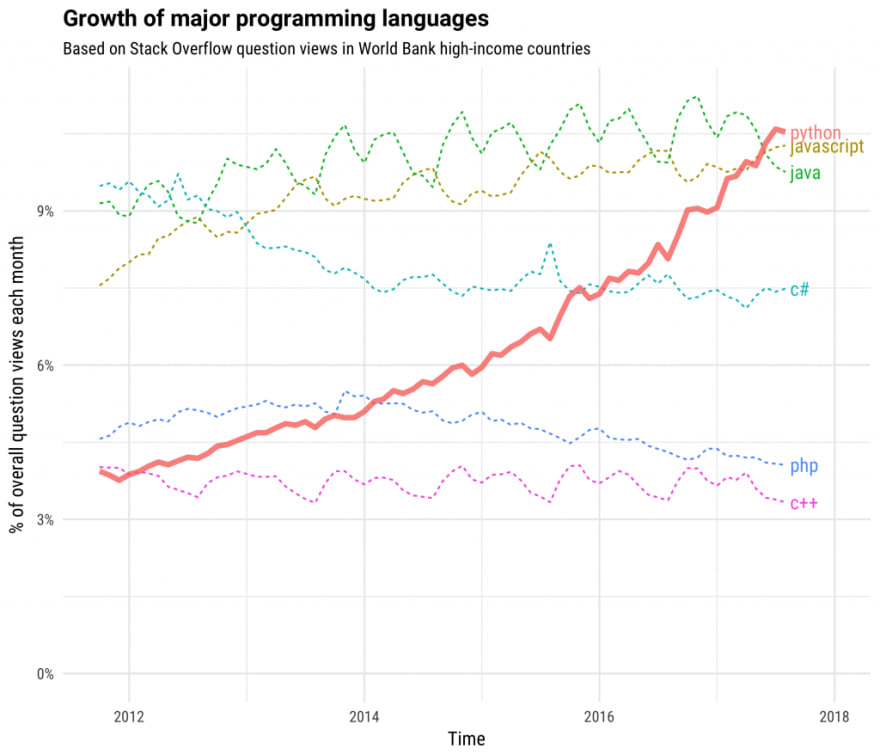 A number of advantageous features come in handy while using Python. This is why Python has become a favourite choice for app development. Here are some of the popular apps built using Python,

Instagram uses Python for rendering an improved UI/UX experience to the users. Other than, ReactJS is another popular language that is used for creating apps with an enticing user interface. So, you can hire react js developer for building alluring applications for your business needs. Python libraries provided instant assistance to Uber for handling essential mathematical calculations. This biggest streaming service company uses Python to enhance the development speed and for advanced data analysis rendering a perfect performance to functions like Radio and Discover. Undoubtedly, with so many tools and libraries, this popular programming language is the best fit for building your next financial apps. Listed here are some of the Fintech companies that love using Python. -Bank of America. -Entrepreneurial Financial Lab -Robinhood 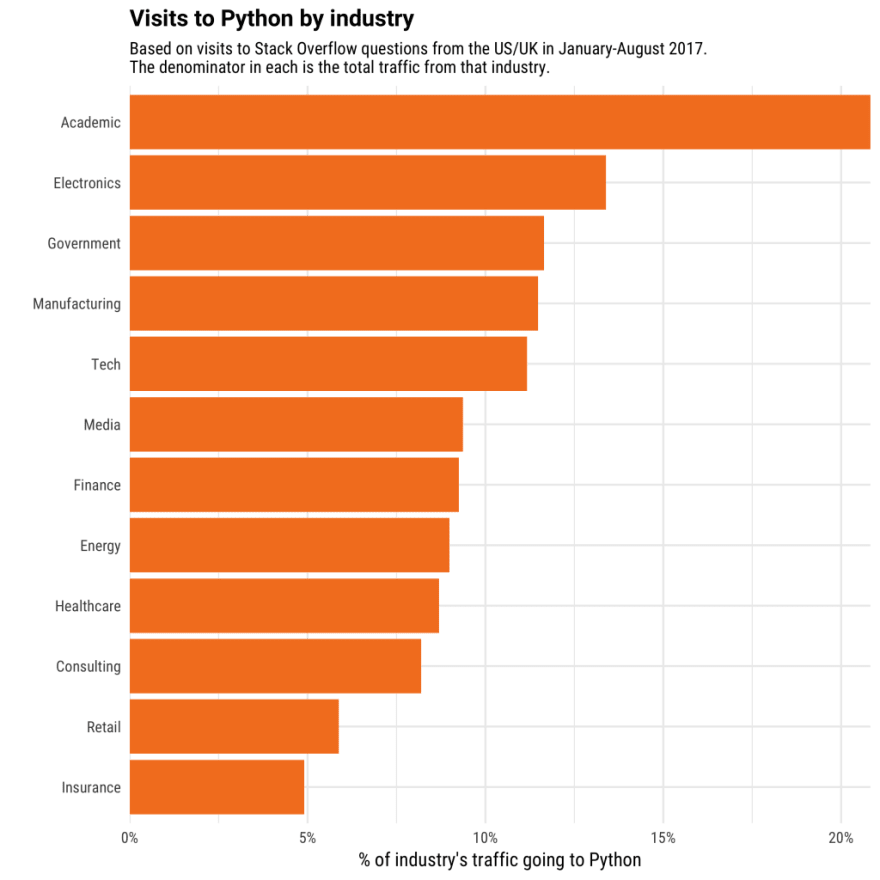 Market Trends disrupting the finance industry are on the rise, so it won’t be wrong to say that the finance industry is a dynamic space where entities keep changing. In order to keep pace with these fast-developing changes, you need an app that gives you a competitive edge above the others. Having seen all the benefits of using Python, I am sure you would have certainly by now know why is Python the right technology stack for your next financial/banking app.

Connecting to PostgreSQL with Node.js

scarlett8285
Hey, I am a software developer and consultant. Working in a MNC
How programmers love to code?
#healthydebate #career #beginners #discuss
Learn functional programing with me - Part 1 : Language choice
#functional #productivity #javascript #webdev
Do you use Linux?
#linux #devops #productivity #webdev