A decade ago, nobody could imagine how digital payments happen today in India. Even street vendors accept money as small as 50 rupees (less than a dollar) on mobile phone. Neither the seller or buyer has to pay any transaction fee. Street vendors don't have deep pockets to build payment gateways either.

It became possible due to Unified Payment Interface (UPI) of the India Stack. It is the digital infrastructure for authentication, payment, and authorization. Every bank implements UPI, so all mobile wallets are interoperable and free of cost.

India speaks several languages, and a large part of the population is neither tech-savvy nor English literate. In-app Voice Assistants are the natural choice to take the benefits of the internet to the masses.

But building these assistants takes a huge investment that small companies can not afford. Just as India Stack offered digital payment infrastructure, we need an affordable Indic Language Stack for conversational AI.

The Indic Language Stack for Conversational AI consists of voice and language technologies:

It has layers to offer diverse entry point based of need and maturity of an organisation: 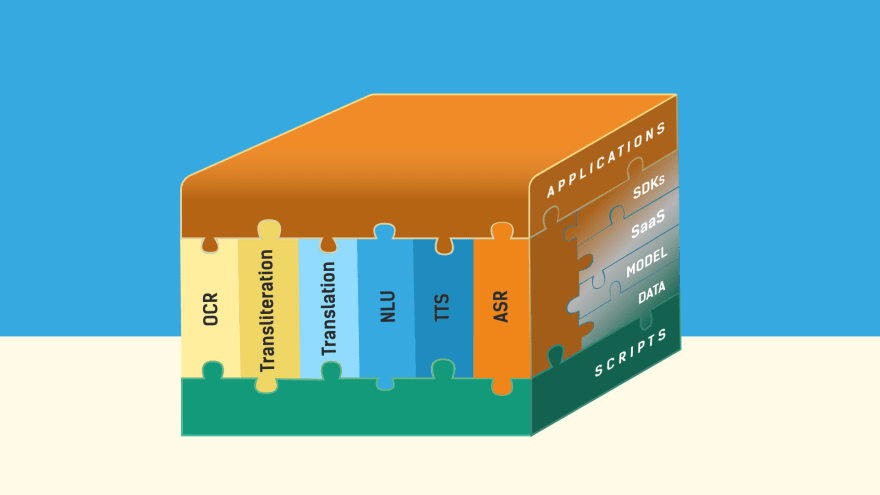 It will take systematic and sustained collaboration to design and build the Bhārat Bhāṣā Stack:

THE LIFE OF THE KING

What is the Optimal Method for Switching to Salesforce Lightning?

Project text base Game in laravel

Once suspended, scgupta will not be able to comment or publish posts until their suspension is removed.

Once unsuspended, scgupta will be able to comment and publish posts again.

Once unpublished, all posts by scgupta will become hidden and only accessible to themselves.

If scgupta is not suspended, they can still re-publish their posts from their dashboard.

Once unpublished, this post will become invisible to the public and only accessible to Satish Chandra Gupta.

Thanks for keeping DEV Community 👩‍💻👨‍💻 safe. Here is what you can do to flag scgupta:

Unflagging scgupta will restore default visibility to their posts.