This blog post is intended to be used as a refresher for basic Ruby on Rails Concepts. This might be helpful for someone who learned Rails a while ago and finds themselves asking "what was that one command again...?"
So, first off..

What is Ruby on Rails?

Ruby on Rails is a web-application framework that includes everything needed to create database-backed web applications according to the Model-View-Controller(MVC) and implementing a RESTful design. Rails has two main guiding philosophies: Don't Repeat Yourself (keep it DRY) and Convention over Configuration. What this means is that you want to keep your code as concise as possible. Writing lots of unnecessary code results in WET code (We Like Typing) which honestly nobody likes. Rails also has its own opinion over the best ways to do things in a web application and default to this set standard of conventions, instead of requiring you, the developer, to specify minutiae through countless configuration files.

In Ruby there are four principles of OOP:

First, make sure you have Rails installed on your machine, if you are reading this as a refresher, then it should already be there. You can check which version you have by running rails --v and if its something like "Rails 6.0.0" then you're good to continue. To create a new application run the line rails new name_of_new_project. Go ahead and open up your text editor, I personally use atom so I type in atom . and then proceed to run the server in my terminal to see that my initial set up is working rails s. You should be able to see this default image on http://localhost:3000 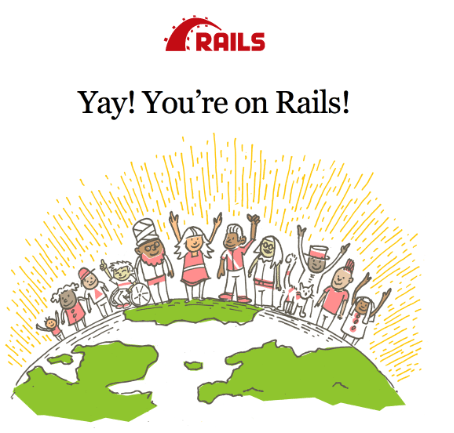 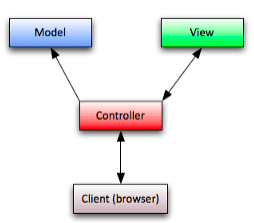 The Model maintains the relationship between the objects and the databases through AR, and handles validation, association, traction, etc.
The View, ActionView, is what displays our code onto the webpage. The Controller, ActionController handles the commands for your Views. For instance, if you want to "show" your page, then you need to create a command for it in the controller.

This is where CRUD comes in. On an interactive web-page, you will often find yourself creating features for users to Create, Read, Update, and Destroy content. As an example, you can think about Instagram. If you were to create an Instagram copy site with Rails you would want users to be able to see their posts (Read), upload new content (Create), edit their captions (Update), and delete a comment or post (Destroy).

If you're in a hurry and you know which unnecessary files you want to remove for space complexity, then you can run the incredible rails g scaffold _name_ _attribute_:_type_ and Scaffold your models.
*g is short for generate (you can write it out if fully if you love typing)

However, if you want to do it manually, and were making an application about Movies then you would run the commands:

Note that the controller and migration are written plurally as the Model is singular.

If you make a mistake and need to "go-back" then you can run rails db:rollback and keep running it until you reach the point you want to continue from. This command is like the ctrl+z or cmd+z of your migrations but use it sparingly and go slow if you do end up needing it!

Associations are connections between models and make common operations much easier in your code. So for our Movie example, we could create another Model of "Directors" where both will have a relationship to AR and we can establish their relationship to each other through association.

The Associations between the models through AR use one of the six:

The belongs_to association will be written in singular due to it belonging to one element. The plural has_many pertains to the plural elements in the model. Ex:

Rails router organizes the URLs and expedites them to a controllers action (Rack application) and generates paths and URLs removing the need to hardcode strings within your Views.
When naming a route make sure to use the plural when defining a route for a resource. Ex: resurces :movies
If you are ever confused about what routes you have, you can always rake/run your routes in the terminal using to show the parameters of your routes.
A resourceful route in Rails maps between the HTTP verbs and the URLs to the controller actions. By convention, each of these actions map to a distinct CRUD operation in a database.
Ex: 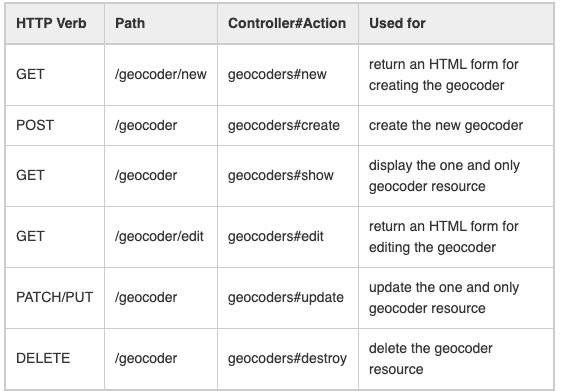 I think that covers the basics. There are way more concepts and topics I could dive into, but I might just have to save them for a deep dive blog post!

You shouldn't use EventEmitters in Angular services