In a previous post I built a custom Azure Pipeline release task and manually uploaded it to the Visual Studio Marketplace. In this post I’ll add new features and have DEV and PROD versions of the extension automatically deploy to the Marketplace on commit. 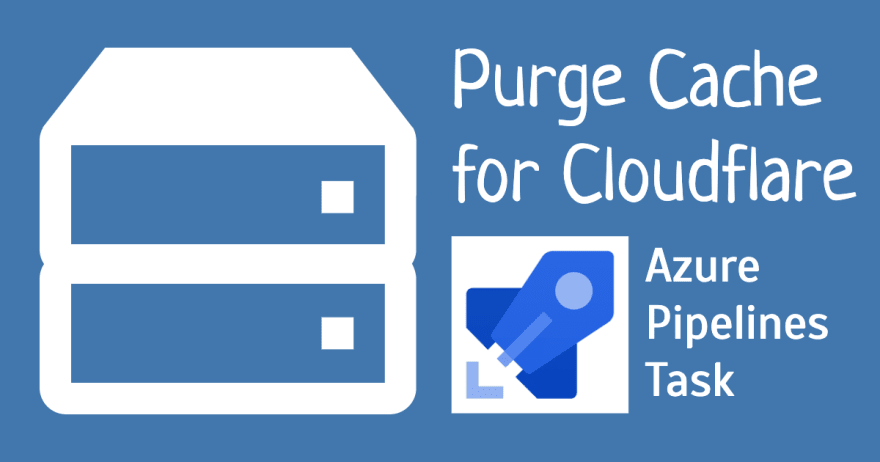 The source for this project is here and the diff for changes mentioned in this post is here.

Initially I followed a colleague’s post on setting up a pipeline and this devblog from Microsoft in an attempt to have a dev (and prod) version of the release task. However, I later determined that there’s a difference between the extension that is defined and published by vss-extension.json and the (one or more) tasks that are packaged with the extension and defined by taskName/task.json. I could successfully push a unique-id extension to my existing publisher, but the deployment would then fail due to the marketplace already having an existing version of the task.

As such, the approach was to name and key both vss-extension.json (now renamed manifest-*.json) and task.json specifically for dev/prod. The core changes to achieve this result in a structure like this:

The result is two extensions and their associated tasks:

An immediate issue with my proposed pipeline was the difference in how vss-extension.json and task.json deal with version and how JSON variable substitution works within the standard File Transform task.

The solution proposed by microsoft was to split the two variable transforms across jobs. I’ll give this approach a go in the future, however for now I’ve just used a single job and token replacement.

This same token replacement is used for setting the name and id of the extension and task.

Outside token-replacement the only steps in both dev/prod pipelines are;

We’ll use npm to install the dependencies and use npx to compile with typescript & deploy with tfx-cli. For the latter we’ll need a PAT from our Azure Devops tenant, instructions can be found here.

Note that before installing npm dependencies, it’s important to set the working directory to the task directory. Doing so installs dependencies adjacent to the task and ensures they are shipped with tfx-cli extension publish. Originally I had not done this, such that the extension was building and shipping without the dependencies, meaning users of the extension needed to npm install themself - my thanks to Patrycjusz Jaskurzyński who reported, and helped me diagnose, this issue.

An issue with the previous version of the extension was that the provided icon was only visibile on the marketplace, but once installed into an Azure DevOps tenant, a default icon rather than the one supplied was visible when adding the task to a release pipeline.

Where vss-manifest.json defines an icons property, task.json does not, and instead by convention checks for icon.png in the same directory. Additionally some documentation indicates an icon size of 32x32 is required - this will however result in a lower quality image once installed as the icon will be scaled up in size. To resolve this supply the icon at 128x128.

As for the extension itself, now you can specify individual URLs instead of purging everything:

Stafford Williams
I'm one of those nerds that lives and breathes programming. Taught myself at a young age, continue to teach myself at old age, enjoy teaching and learning code with others.
Building a React Native pipeline for Android and iOS
#azurepipelines #reactnative #ios #android
Publishing a custom Azure Pipelines release task
#azurepipelines #cloudflare #devops #showdev

Once suspended, staff0rd will not be able to comment or publish posts until their suspension is removed.

Once unsuspended, staff0rd will be able to comment and publish posts again.

Once unpublished, all posts by staff0rd will become hidden and only accessible to themselves.

If staff0rd is not suspended, they can still re-publish their posts from their dashboard.

Once unpublished, this post will become invisible to the public and only accessible to Stafford Williams.

Thanks for keeping DEV Community 👩‍💻👨‍💻 safe. Here is what you can do to flag staff0rd:

Unflagging staff0rd will restore default visibility to their posts.