Hooray! It's Friday (Weekend in bloody middle east) and time to write a blog post. And wish you are good.

In a troubleshoot problem we had a cute experience yesterday. And It was about '403 Forbidden Error' from company's server to a third party business's API. 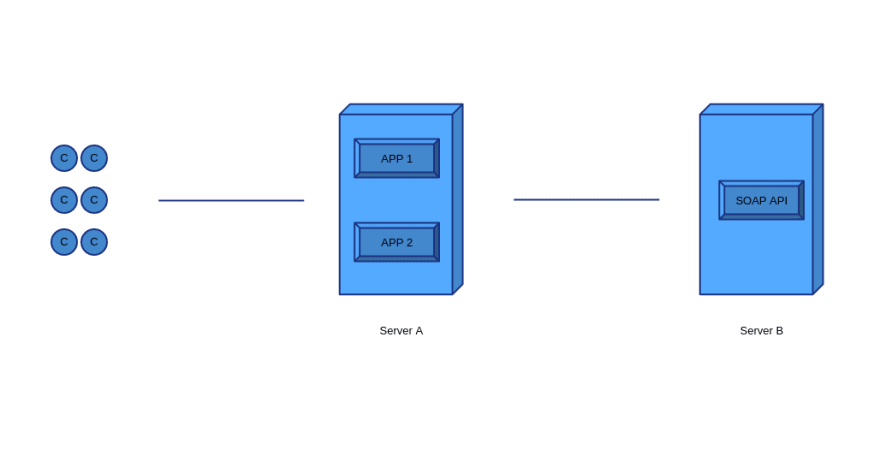 Everything was fine until this week. And no code was changed, nothing in network was moved, no new firewall policy was applied, and everything was totally same as previous weeks.

But Server B (which requests last image from Server A), was accepting 'HTTP Error 403' and everyone was shocked. Out IIS logs also confirmed that it was our side.

We just reviewed App 1 and App 2 codes. The idea behind App 1 is to download images from cameras, using ffmpeg, convert them and keep a copy of that for archive and store last image in a directory, with a specific name, so App 2 (Which is a asmx web service also), can wait for a request from Server B to send image byte array as response.

3- Double-checked the SOAP API changes with third-party business: No changes was applied, and We were the only contractor who had this error.

4- Reviewed the code, database was OK, and only thing which is not under our control is File System who is the accused 🔍🎩 !

5- Reviewed the GetFiles() function documentation from Microsoft website. Took a look in Exceptions section and Voilà!

UnauthorizedAccessException
The caller does not have the required permission.

6- Definitely it was GetFiles() but why? Maybe when ffmpeg was downloading and converting image (APP 1), App 2 was requesting the file because of critical section we web service was broken. That was also wrong because ffmpeg's has a different behavior that creates the file at the end, and instantly release it.

8- App 1 is triggered from Windows Scheduler every one minute to take a snapshot, and we just simply set user as IIS_IUSRS in scheduler tasks from security options>Change User or Group.

Hope you will let me know if there is any comments. Thank you!

Deploy ASP.Net Website on IIS in Our Local Machine

Tayyebi
An international competitor, national champion and undergraduate of computer engineering with professional experience in software development and team management.
What do you look for in a Code Editor?
#discuss #productivity #performance #motivation
Based on what you know: Name the 3 best companies to work for as a developer
#discuss #career
My mistakes & lessons for the Week
#rails #career #ruby #discuss