There's vomit on his Patagucci already

These are the types of tech interview questions my friends used to tell me about that would make me freeze up. The way it's phrased just seems like such a lot of work and hidden complexity. And, I'm sure there is - if you really wanted to knock it out of the park -- but today, at approximately 4 hours into a task that I found more annoying than complex, I realized I'd done just this (sorta, at a very low level).

T, why were you creating a custom router?

I'm currently working on a project where we're creating a bunch of babby API's to CRUD (Create, Retrieve, Update, Delete) some things from DynamoDB tables. From a bunch of reasons, not least of which including the fact that I am the sole engineer on this project - I'm trying to move quickly and maintain as little "live-infrastructure" as possible.

Because of this, I came to the following conclusion(s)/decision(s) on how I would proceed:

Anyways, the TL:DR on this is that there's going to be an API Gateway that gets HTTP requests and then sends them to a Lambda function which decides to how to deal with the request before brokering the interaction with DynamoDB. 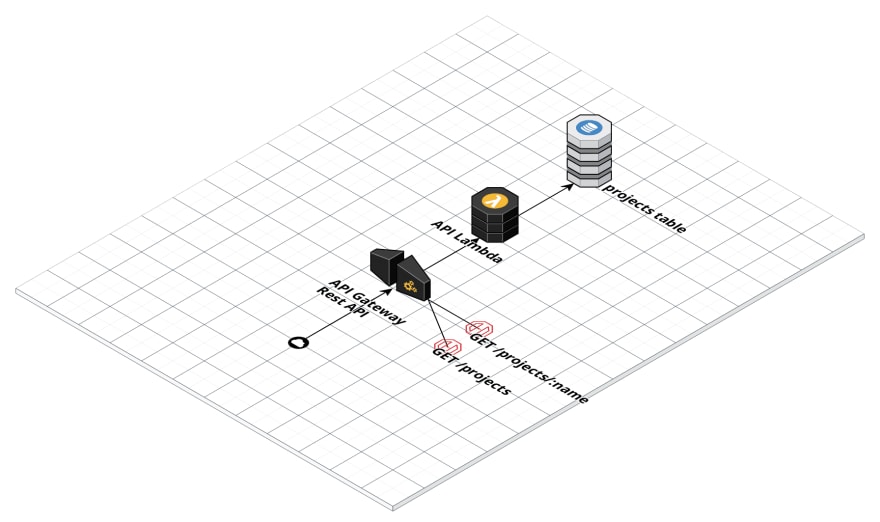 I have a single set of resources projects that exist in DynamoDB (in a single projects) table, and my Lambda needs to be able to listen to the request and get the things from DynamoDB.

From skimming my original blue-print above, you might think:

And you'd be right, if I only ever had to deal with one entity projects. As the project went on, now I have a second entity to deal with: status(es?) and more are soon to come. 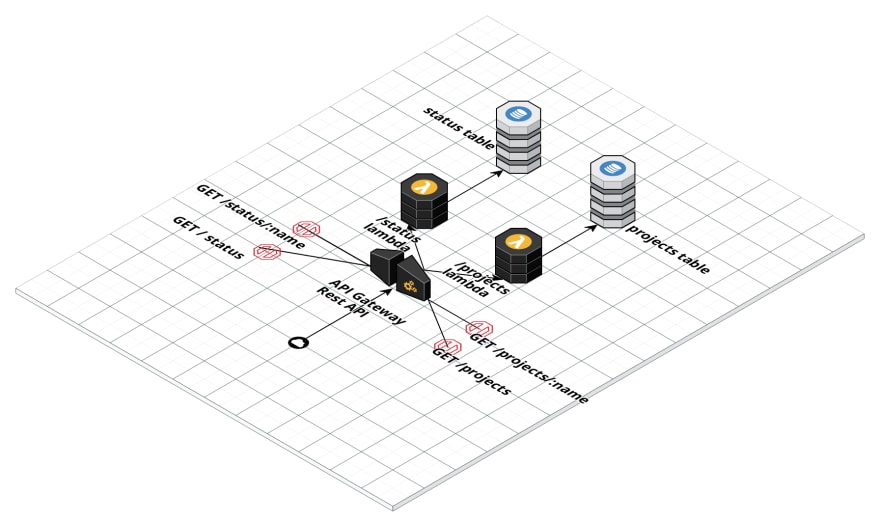 However this approach leads to a few issues: 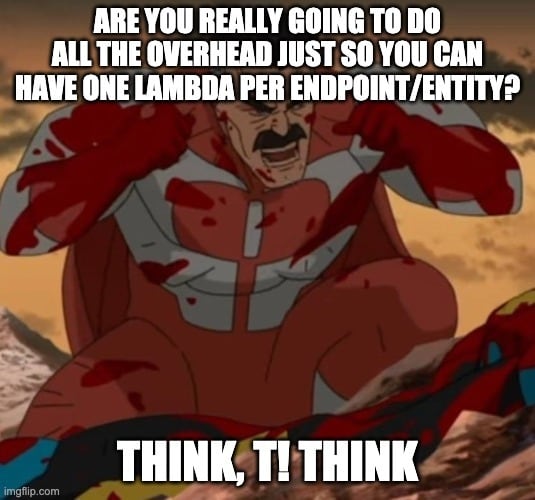 No, we're going to have the API gateway send all (proxy) traffic to a single lambda (as a proxy resource), and then the lambda can decide how to handle it. 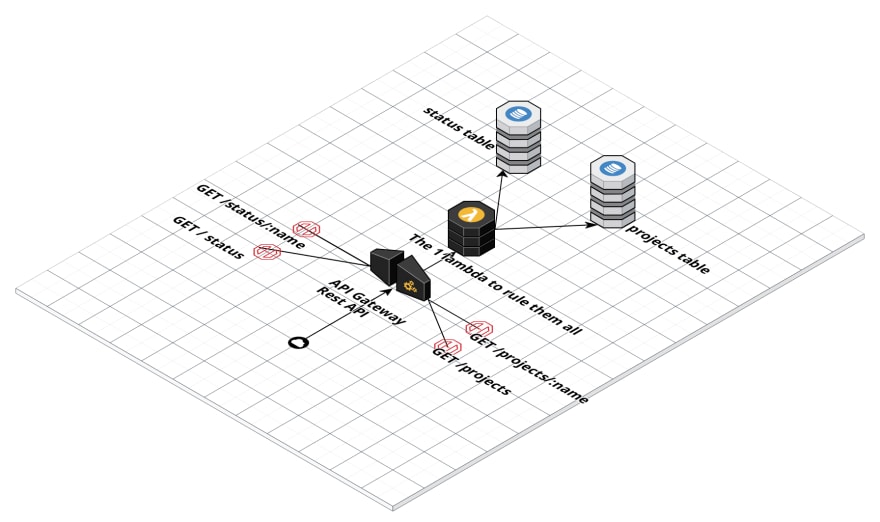 This is why I needed to create a router, so that my Lambda function could figure out what it's being asked to do before doing the appropriate response. For example, it would have to handle:

Having worked with Node (and specifically Express) before, I knew there existed a way to specify routes like this:

And similarly for Lambda, there seemed to exist a specific node module for this case:

However, unfortunately - proxy path support is still a WIP :( This would seem to imply that ❌ I wouldn't be able to get at route params like the name in GET /projects/:name WOMP WOMP ❌

It's also annoying that if you're using custom node-modules, you have to upload it as a zip every single time (as opposed to being able to code / test live if you're using native / vanilla Node).

Well Lambda, I think it's just you (-r event parameters) and me at this point.

This would just mean that I'd need to create my own router, and thankfully , the event payload that's passed into a Lambda function by the API gateway contains all the information we could need.

Specifically, all you really need for a router is three things (to start);

Once I got these pieces extracted out from lambda by doing the following:

The actual logic of the router wasn't too hard. And I guess, just like in a tech interview -- I came up with 2 "solutions".

This approach was cool because it allowed me to use the path as the main selector and then code the logic for the required methods as they came up.

However.it doesn't... look great. On first glance, it looks gross, convoluted, and that's just with a single resource and a single method. Secondly, for any new engineers coming onboard - this doesn't immediately seem like a a router when compared to any previous work they may have done.

Going back to the drawing board, and wanting to get closer to the "gold-standard" I was used to, like in express-router.

I wanted to come up with something that would simply specify:

With that in mind, I came up with

V2 - Filter on 2 conditions, add more methods as they arise

I like this because it's the closest I was able to get to express-router:

And has the benefit of being concise, and much more recognizable as a router on first-glance.

I'd probably want to do way more clean-up for an actual interview "REAL" router, but it was still a cool thought exercise. Some definite things I'd want to add / handle:

Routers are just giant if-else statements? Idk - this was fun tho.

Thilina Ratnayake
Support turned Infrastructure turned Site Reliability Engineer. I like glue-work and docs 🕺🏼
What If Animals Could Code...
#jokes #discuss #webdev #programming
Why is Rust the most loved programming language in the world?
#rust #programming #beginners #discuss
Rings and Onion in Your Next Node Application
#node #architecture #backend #webdev

Once suspended, tratnayake will not be able to comment or publish posts until their suspension is removed.

Once unsuspended, tratnayake will be able to comment and publish posts again.

Once unpublished, all posts by tratnayake will become hidden and only accessible to themselves.

If tratnayake is not suspended, they can still re-publish their posts from their dashboard.

Once unpublished, this post will become invisible to the public and only accessible to Thilina Ratnayake.

Thanks for keeping DEV Community safe. Here is what you can do to flag tratnayake:

Unflagging tratnayake will restore default visibility to their posts.