Today I am going to run you through a few different types of vectorizers and encoders that I have found very helpful for changing your text based data into numerical data. To be specific I would like to cover One Hot Encoders, Count Vectorizers and TF-IDF Vectorizers.

One Hot Encoder is fairly simple and used for categorial variables. What it does is that it changes all of the distinct values from your text data into columns and add 1's or 0's to show if that value is present or not. For Example let's create a data frame of some different colors try it out: 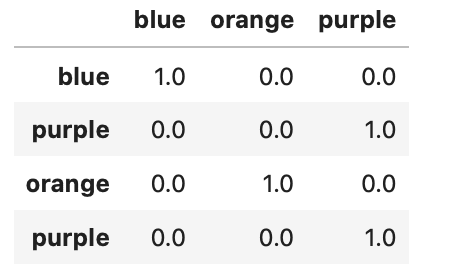 So as you can see we now have the distinct values as the columns and whether they are present or not in each row.

Count Vectorizer is similar to One Hot Encoder except that instead it being used to just adding a 1 or 0 into a column if a word is present, it will count the number of times the word is present in a collection of words and create a sparse matrix of the counts of the appearances in the respective row. So instead of using this technique on categorial data, it would be used for natural language processing on text documents.

In this example we can see that we again have the different words as the columns but we have the count of how many times a word appeared in each document.

The count vectorizer can now help us understand the TF-IDF Vectorizer, but first lets talk about what TF-IDF stands for. TF-IDF or Term Frequency - Inverse Document Frequency is a algorithm to transform text into a meaningful representation of numbers. The equation is: 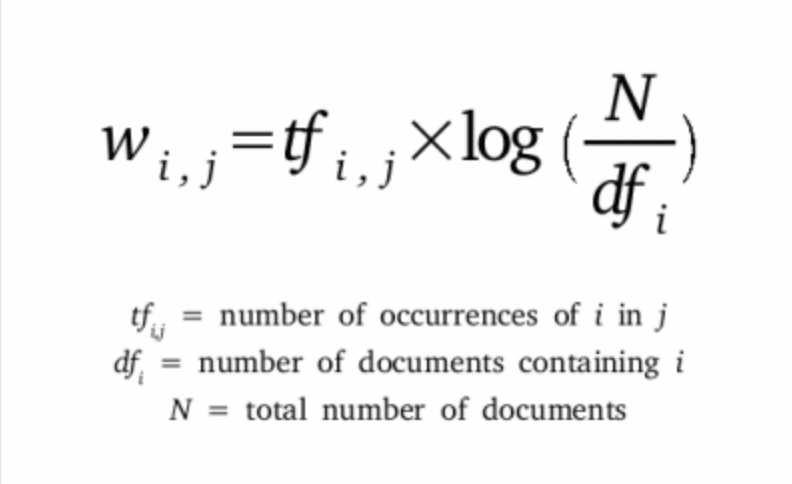 So let's use the same data we used in the Count Vectorizer example so we can see the difference.

When I was starting to learn about Natural Language Processing it took me awhile to understand the differences and uses for these different tools. So I hope this helps with understanding the uses and differences of these techniques.

Am fumbling all over with my fuctions... mouseover <js>

Why React Is So Popular?

Resources, projects, and lessons from 100 days of (serverless) cloud learning

Timothy Cummins
Looking for exciting opportunities in Data Science!
Pay cut to work remotely - Fair deal?‍
#discuss #career #watercooler #remote
Is coding a lenguage like english or portuguese?
#beginners #newbie #lenguage #explainlikeimfive
Do you have a standing desk? Which one?
#discuss #productivity