There is a rapid growth of wearable technology so it is the best time to create apps for it. Showcase your idea through the Apple Watch mockup.

Wearable technology used to be something that spies used. There is the pair of eyeglasses that has a camera, or the necklace with the pendant that also doubles as a camera. But within the last few years, wearable technology has become an important part of life.

The younger customer just seems mad at wires and cables. They don’t want them. That’s why your earphones no longer have the wires. This is why the headphones are no longer connected to the source of the music.

Then of course, there is the smartwatch. Decades ago, the best thing that the watch can do aside from telling you the time is showcasing direction because it doubles as a compass. Now, the watch can do everything like taking and making calls and text messages. If there is a mother of all wearable technology, it must be the Apple Watch. It is not the first wearable tech but it seems to be the most important nowadays.

It’s hard to trace the beginnings of the wearable technology but it seems like the first one that truly fits the bill is the wristwatch, which was invented in the 16th century, based on records. But there were other portable watches around that time, too. Aside from the very common pocket watch, some of the watches were also worn as a necklace.

It was slow going since then and the revolutionary technology released was the Sony Walkman. Today’s youth may not know what it is but the Walkman, released in 1979, was a portable cassette tape player. It was music that you can take around with you wherever you go! It was the best thing that ever happened to music during that time and for at least two decades more. There were variations to this technology over the years as music evolved from being distributed through cassette tapes to compact discs. Then Apple entered into the picture with the iPod, which doesn’t need a tape or compact disc to play music.

The Bluetooth headset, again, changed the game making music even more convenient. It came out in 2002. Years later, other wearable technology that had nothing to do with music emerged. There was the Nike+, Fitbit and Google Glass.

But there is really nothing more amazing than the Apple Watch. So for those planning on creating an app, the Apple Watch is the best backdrop for that, which you can showcase through a mockup. If you want free mockups, the best source for those is UX Planet. The website is your one-stop resource for everything related to user experience. PSD mockups are definitely vital tools in showcasing the user experience for your digital product. The selection of mockups from the website is available in Sketch formats and PSD file.

So if you are thinking of making a proposal for iOS apps, the Apple Watch mockup is the best instrument to show off your design and creativity.

The Apple Watch is definitely the most in-demand wearable technology in the world. People actually line up at the Apple Stores during every Apple Watch launch. Just like the iPhone and other Apple devices, the tech giant always ensures that amazing new features will be introduced in every new Apple Watch lineup release. It takes more time to improve the Apple Watch, though, so new models are not released every year unlike with the iPhone.

According to a new report from Forbes, there may be radical changes in the next release of the Apple Watch. This just proves that the Apple Watch mockup is the best way to present your ideas to other professionals. One, it is relatable considering the many people who wear it. In fact, you could even point out the people wearing Apple’s smartwatch during your presentation. Second, there is always that air of sophistication linked to Apple’s products. So when you use the Apple Watch in your presentation, there is already that impression of something great associated with the product or much of Apple’s mobile devices. 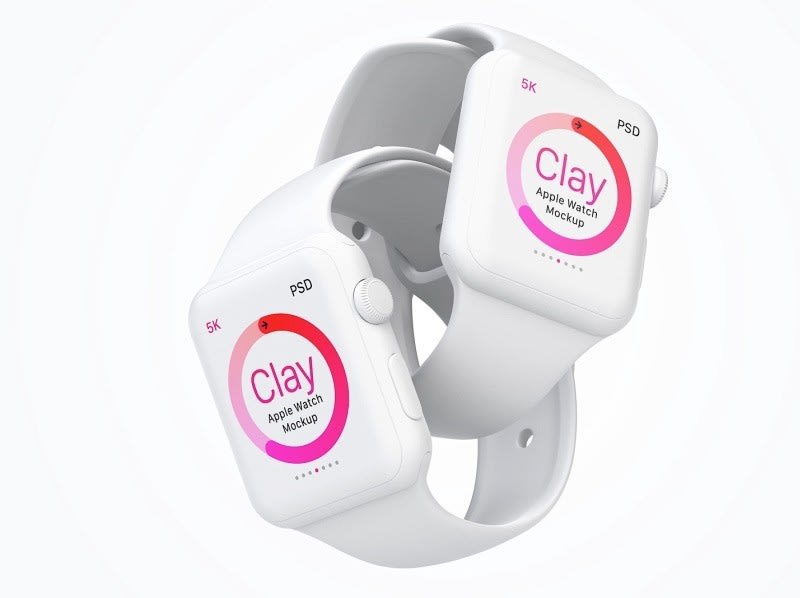 How to create the mockup

This is actually very easy, which just adds to the many advantages of using the mockup. As long as you have Photoshop and Sketch apps on your computer, the mockup can be done in less than 30 minutes. The hard part is just the creation of your content. Your app design will be integrated to the mockup through the Smart Object, which renders Smart layers on the mockup PSD. This way, it is easy for you to customize the frame by simply dragging and dropping your app design onto the screen of the Apple Watch.

Once that is done, you just need to save it and you are ready to present your digital product. See how easy it is? There is no going back after using the mockup. You wouldn’t want to do PowerPoint presentations anymore.

The internet is a great source of mockups and you will surely see hundreds of them—each different from the next. It is nice to have choices but you would have to really use your head when it comes to choosing the right mockup for your product. Sometimes, the way you create your presentation provides a great impact on you chance to seal the deal or not.

Even if your product is for wearable technology, that doesn’t mean that you just use a mockup that only showcases the Apple Watch. The iOS mockups and Apple mockups, for example, usually showcase more than just the Apple Watch. In most cases, the other Apple devices make an appearance in this kind of mockups. So in the iOS mockup, there is emphasis on the operating system. It might be more appropriate to showcase the screenshot of the details of the products. Based on that, it is not wise to use a mockup that only shows off the Apple Watch because the product details may be rendered unreadable.

The Apple mockup is perfect at demonstrating the versatility of your design. The mockup features almost all the Apple products: the iMac, MacBook, iPad, iPhone and Apple Watch. You have the smallest screen in the Apple Watch and the largest in the iMac. There will be variations in how the app designs will be displayed, for sure, but the most important thing is that you will be able to show that whatever the screen, the digital product remains as good as ever!

How to provide restricted & secure access to a third party, to your AWS accounts, using Attribute Based Access Control (ABAC)

For those who have trouble setting up Datadog RUM