If you've never opened emacs before, here's a great chance to do it for the first time (like me 😅). Turns out, emacs comes with some pretty nice old school games built in.

Note: I'm assuming you're on a *NIX system

To play, start emacs on the terminal:

If the command runs successfully, you should see something similar to the screenshot below.

Linux decided to install a GUI one 🤷🏽‍♂️

Press the escape then x keys, and M-x should appear at the bottom of the screen.

Next, type in the name of the game you want to play. You can pick from this list. I like snake, so that's what I'll type in. 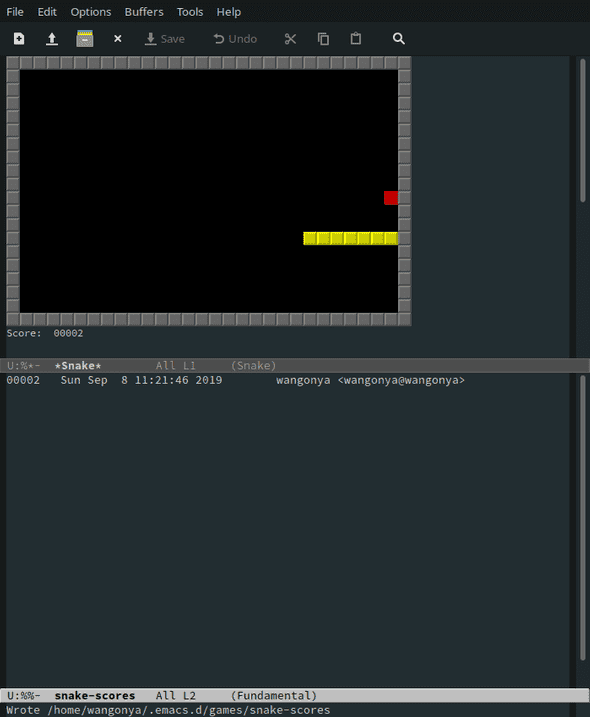 You can quit emacs by pressing Ctrl-x Ctrl-c.

How does the Internet Work?

Molding Emacs to Reinforce Habits I Want to Develop

You should use Buildpacks instead Dockerfile and I'll tell you why