Process is just a substance of program. Program is a like image containing a set of machine language instructions and some data, which is stored on the disk. You can check processes on your machine using the command "ps". This is the example of the "ps" command running on the WSL of Ubuntu 20.04.

As you can see, "ps" command is also a process.
All linux distributions have "init" process whose process id is 1. Init process is the first process to run on the machine although the process 0 has already ran in the kernel, to be exact. So all process starts from init process and it is said to be the parents of all processes.

Processes have not only PID but also PPID meaning parents process id. Processed can be represent as a tree structure. In this case, the structure is as below. 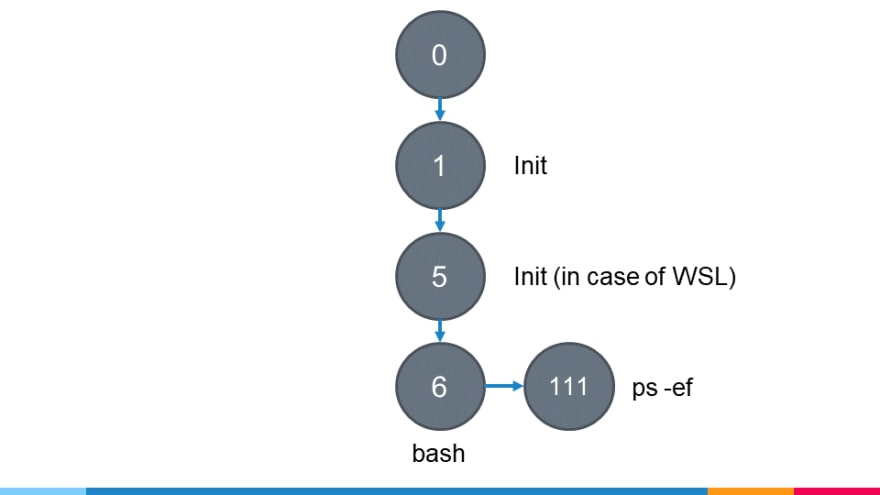 There are two inits process because I am using WSL. WSL uses its own init process that is different from linux's. WLS needs to serve 9p server to enble windows to access on the file system of linux. This task is in the same init binary but runs as a different process. That is why there are some init processes when using WSL.

This is the overview of virtual memory and executable image. Different UNIX systems use different layouts for processes, but for the most part, most modern systems adhere to a format known as the Executable and Linkable Format (ELF). 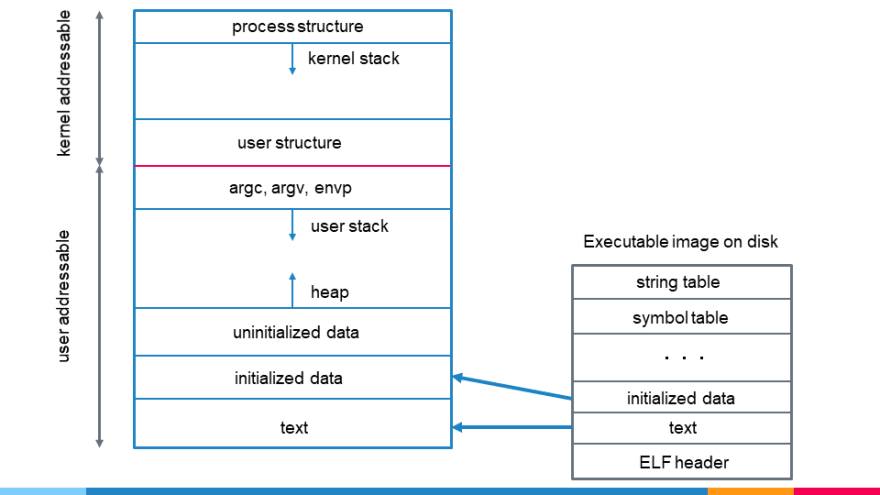 The user structure maintains far less information than the kernel structure. In Linux, it contains the memory maps and the process control block. The memory maps generally include the starting and ending addresses of the text, data, and stack segments, the various base and limit registers for the rest of the address space, and so on. The process control block contains the CPU state and virtual memory state.

Each process has its own kernel stack. All functions in the kernel space is carefully designed so that they are non-recursive because recursive functions use a lot of stack spaces. The max possible size of stack can be determined by tracing the function chain. So the kernel stack is allocated in a fixed size.

The text segment is the programs's executable code. This segment is read-only and shared with any processed.

The stack segment storage for the return address of function, arguments of function and so on. If the stack meets the top of the heap, it causes an exception.

There are 3 types of ELF. We can get it with the process of compile. 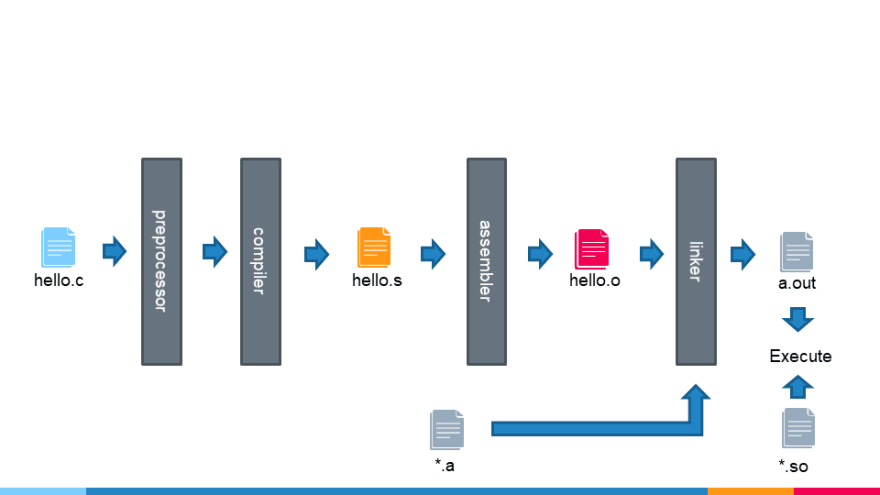 1 - Object file (*.o)
This is the binary holding code and data for linking with other object files to create executable. This is like a part of executable so it cannot executed by itself.

2 - Executable
This is the binary which can be executed. All object files needed to execute a program are linked and executable is generated. *.a file is a static library which is archive of some object files. When the program needs static library, linker links it when compiling. If you don't define the name of output executable, the name will be a.out meaning assembler output.

3 - Shared object file (*.so)
This is known as a dynamic linking library. When the program needs it, it will be linked when executing.

I m here to keep here

Once suspended, watysom will not be able to comment or publish posts until their suspension is removed.

Once unsuspended, watysom will be able to comment and publish posts again.

Once unpublished, all posts by watysom will become hidden and only accessible to themselves.

If watysom is not suspended, they can still re-publish their posts from their dashboard.

Once unpublished, this post will become invisible to the public and only accessible to Watson.

Thanks for keeping DEV Community 👩‍💻👨‍💻 safe. Here is what you can do to flag watysom:

Unflagging watysom will restore default visibility to their posts.