Decided to switch to TFT Gizmo - e-ink Gizmo is very slow to work with. It's all ready and set up, and passed the TFT Gizmo test.

So finding out how to talk to TFT Gizmo on CPX with Circuit Python. 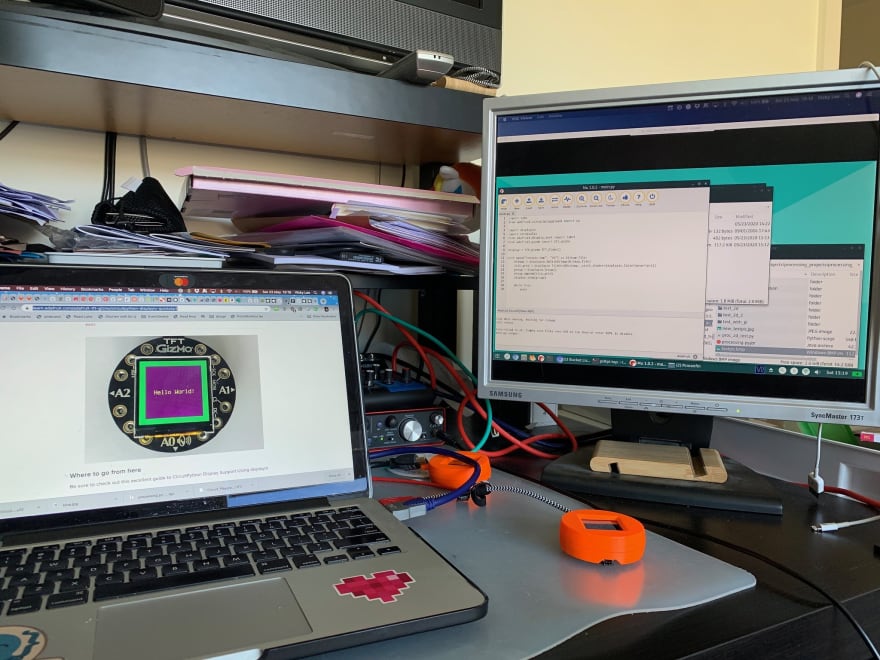 Modified code so it loads up a bitmap on the TFT Gizmo.' 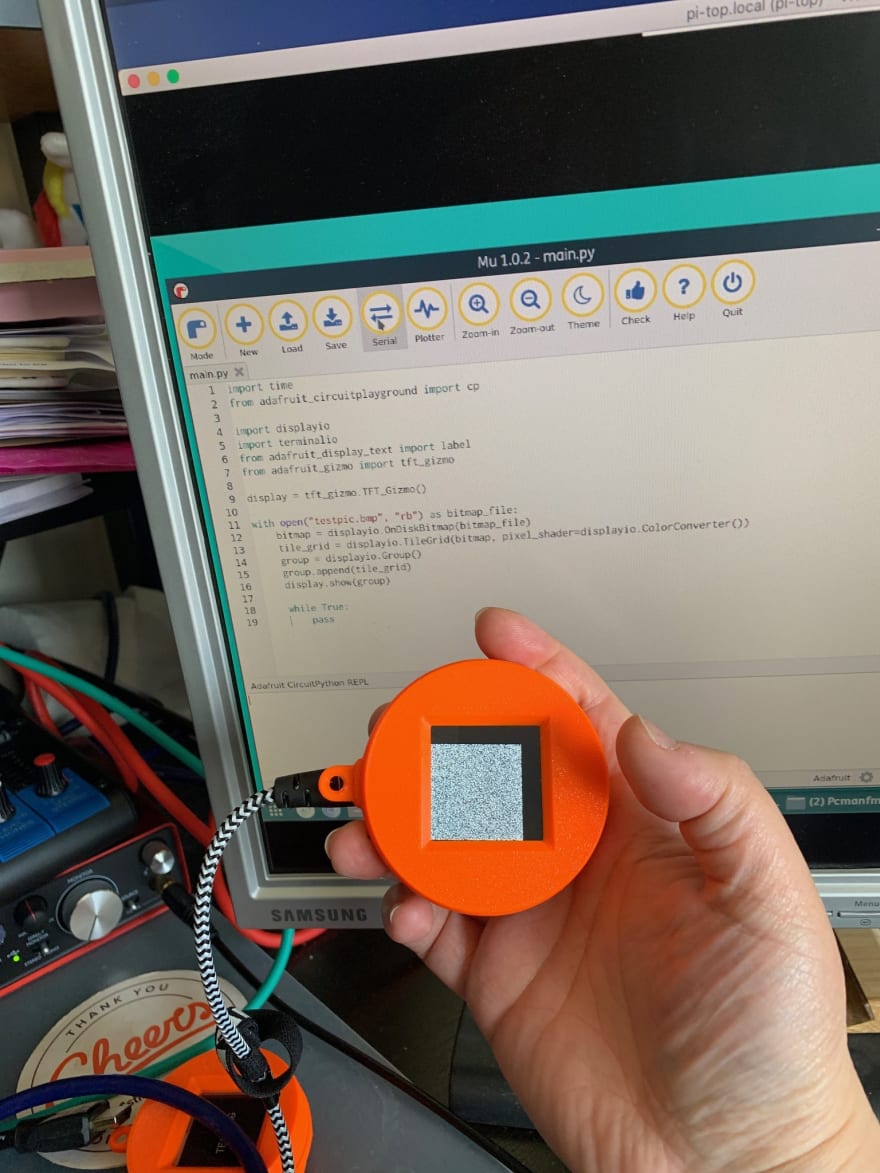 Back to the Processing on the Pi.

Running it via command line (it's warn it's not fully supported on newer versions of Java or OpenJDK).

Created the Python script from the Processing sketch sample. Got the processing-py.jar file.

I wanted to save the image to the disk - used save(), and that worked.

Next I want the dialog to close after it ran - used exit(), and that worked also. 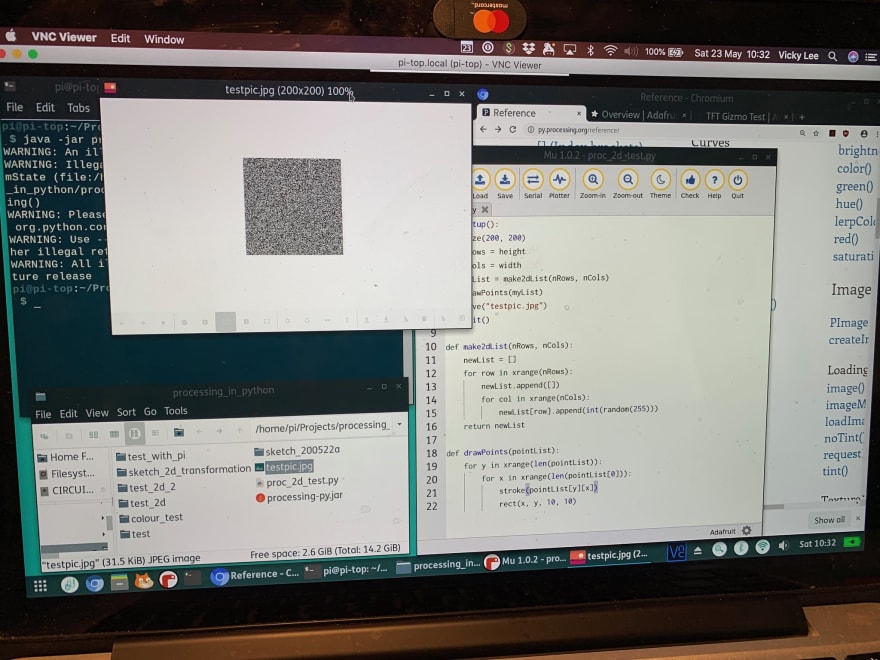 Next thing now is to pop that image onto the TFT Gizmo.

Loaded up the code from the e-ink Gizmo (will be modifying for TFT Gizmo) and its having problem not finding displayiomodule. Looks like I need to flash it with cpx with displayio (after a bit of troubleshooting).

Then it needed also adafruit_pypixelbuf module.

Ok, now I can modify to look for tft calls nows instead of e-ink.

I forgot the flash memory for CPX is quite small.

I've removed comments and imports not needed. I'm only testing the example and can only display 1 of the 3 parts of the code

📍 In case I need to reduce size of my jpg image: https://stackoverflow.com/questions/59483536/why-does-pil-pillow-image-save-reduce-file-size

Ok, I just want to bare minimum load an image I generated earlier with Processing, it's a JPG. It gave an error saying it doesn't not support the file format, so I converted it to BMP with PIL.

And tried to load it again, and it worked.

(Thanks to Mick for finding this https://github.com/adafruit/Adafruit_CircuitPython_ST7789/issues/9)

Once suspended, whykay will not be able to comment or publish posts until their suspension is removed.

Once unsuspended, whykay will be able to comment and publish posts again.

Once unpublished, all posts by whykay will become hidden and only accessible to themselves.

If whykay is not suspended, they can still re-publish their posts from their dashboard.

Thanks for keeping DEV Community safe. Here is what you can do to flag whykay:

Unflagging whykay will restore default visibility to their posts.