This post is originally from my personal website, xtrp.io where you can read about me, check out my projects, and more.

The Internet has changed drastically since Kline sent that first message half-a-century ago, and so I've written a brief timeline of the Internet, celebrating this 50-year milestone.

The Advanced Research Projects Agency (ARPA) was a government agency created by U.S. President Eisenhower whose goal was to research and develop new frontiers in tech and science.

In 1966, ARPA gave $1 million to fund a new computer networking project, which they named ARPANET. ARPANET was originally meant solely for U.S. military communication, and was built to connect computers and allow them to transfer files and data seamlessly between each other through physical cables and packets.

The first ever ARPANET connection was between computers at UCLA and Stanford University in 1969, and that was where the first ever internet message was sent 5 decades ago. 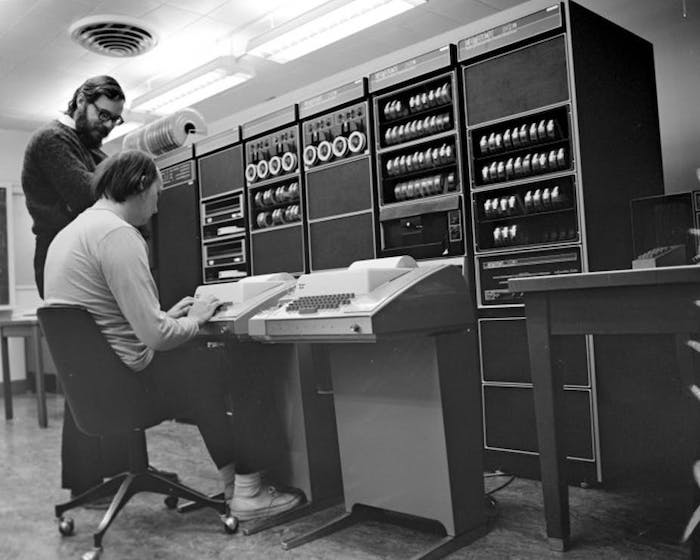 ARPANET soon became connected to the east coast of the U.S., connecting universities such as MIT. Bear in mind that while all of this was happening, ARPANET was still meant to be for government use only. In fact, in the universities that had ARPANET connections, researchers were prohibited from using the network for blatantly non-government purposes.

As ARPANET quickly expanded across the world, research and development of packet-switching and internetworking (networks within larger networks) protocols grew.

In 1974, the term "Internet" as a shorthand for internetworking was coined in an RFC document. This document can in fact still be found here.

ARPANET became public in 1982, and no longer had the government purpose. This provided worldwide public access to ARPANET.

Development of faster data speeds and new protocols further expanded the network, and as the 1980s came to a close, ARPANET was growing rapidly.

While working at CERN (European nuclear research agency), Sir Tim Berners-Lee developed what he called the World Wide Web (WWW) in 1989. The WWW was originally meant to be an information system, where researches could share documentation in a universal format. The WWW allowed computers to share hypertext and other documents through the Internet, with various extra features such as URLs (universal resource locators). Documents on the Web could be accessed using software called a "web browser".

Berners-Lee wrote the first web browser in 1990, and by 1991, other institutions outside of CERN had access to the Web as well. "Web pages," or hypertext documents, were written in HyperText Markup Language, or HTML. Hypertext allowed for various extra formatting features such as hyperlinks to connect various pages and more. 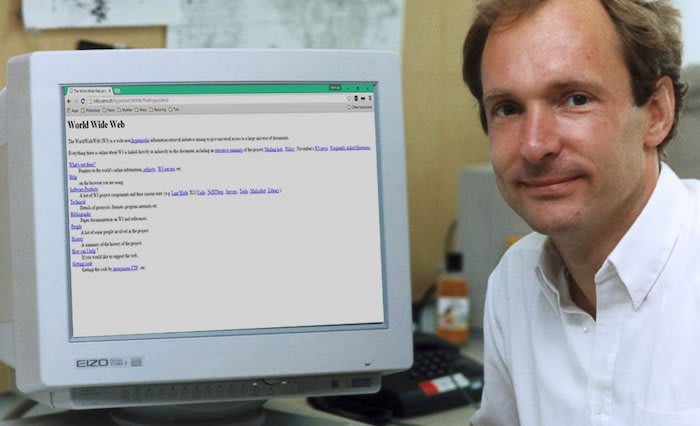 In 1991, Al Gore, a U.S. Senator at the time, helped pass the "High Performance Computing Act," which funded various computing projects, such as those in the National Center for Supercomputing Applications (NCSA). One of the projects in NSCA at the time was called NCSA Mosaic, a new web browser built by young programmers working at NSCA. Versions of the Mosaic browser were released from 1992 to 1993.

Mosaic grew so popular that the programmers at NSCA, led by Marc Andreesen, a young programmer from Iowa, quit to start a new company with a new web browser.

They called the new browser Netscape Navigator, and the company, Netscape. Netscape quickly gained a huge majority in the browser market, and became a public company in August 1995. On their first day of initial stock trading, Netscape's share price soared from $28 to $75, making Marc Andreesen and other Netscape founders millionaires overnight. And thus, Netscape became the first "Internet Company". 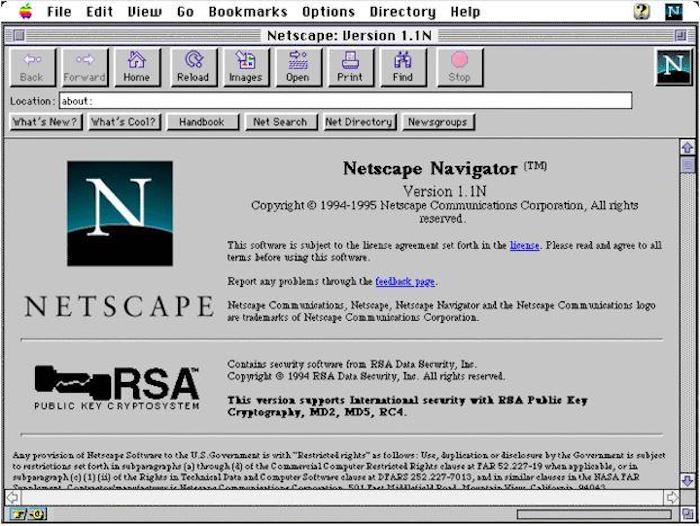 Netscape was a sign that this "Internet thing" was going to be big. Sites like Yahoo!, eBay, and Amazon emerged and became extremely successful. New websites and web companies were emerging almost daily.

Investors were putting in millions of dollars based on just vague business plans, or promises to simply have a website. In 1999, there were dozens of Internet companies being founded, and these companies were getting huge amounts of funding.

But in 2000, everything fell apart. Investors started asking for real returns on their investments, and they weren't getting any. Suddenly, everyone was in a rush to sell their tech stock. Hundreds of tech companies went out business, and the "hype" of the Internet was thought to be over.

After the Dotcom era that fell apart in 2000, only a few big Internet companies remained.

A few years passed after the Dotcom era, and eventually, it came time to rebuild. The big companies we know today started to come around, such as Facebook and YouTube. These companies were called the Web 2.0 companies. The Web 2.0 era started what we think of the Internet companies of today.

Today — The Internet Truly Connects us All

Over the last decade or so, the web has become a huge force in our society. Mobile phones allow us to view websites and connect through the web instantaneously whenever we want, wherever we want, and new technologies like HTML5 and PWAs have allowed for an even more immersive experience for the growing 3 billion users on the web.

The Internet connects people from all over the world, with huge sites like Facebook and Google. Sites like GitHub allow programmers thousands of miles away to collaborate seamlessly to build software that thousands of people could someday use. Smaller yet growing sites like DEV have allowed people from a very particular skillset to interact, learn from each other, and share their experience and knowledge. There are so many communities and opportunities built solely on the web, and those sites have drastically changed our way of life.

I think we can all appreciate the miracle that the Internet has brought to us as a society, and humans as a whole. It's been 50 years since the first message was sent over the Internet, and I'd personally just like to give a huge thank you to everyone along the way that has made the web and even this post possible.

I think it can also be really useful for developers to understand how we got here, and what's next. Developers have the unique opportunity and ability to build the future with tech and with the Internet, and that I think it's important to take that opportunity.

I hope you enjoyed this post, and of course, everything said is based on my opinion and research. A lot of the history of the World Wide Web mentioned in this post came from a great book I recently read called How the Internet Happened by Brian McCullough. I encourage you to check it out; it was a great read.

Note: I formerly wrote under my pseudonym, Fred Adams.

Gabriel Romualdo
Young web developer (in high school) looking to build something new with code and make a name for myself. More at xtrp.io. Formerly known as Fred Adams.
I Built Coronavirus Live Monitor - stats, news, and WHO press releases on the virus all in one place
#webdev #covid19 #showdev
IIFE's (Immediately-Invoked Function Expressions) in JavaScript Explained in 3 Minutes
#webdev #javascript
Create a Reading Scroll Progress Bar for Your Blog in JavaScript and CSS
#webdev #javascript #blog