Hi, in this tutorial, we will be looking at how to generate a blockchain key pair address with the rust programming language. 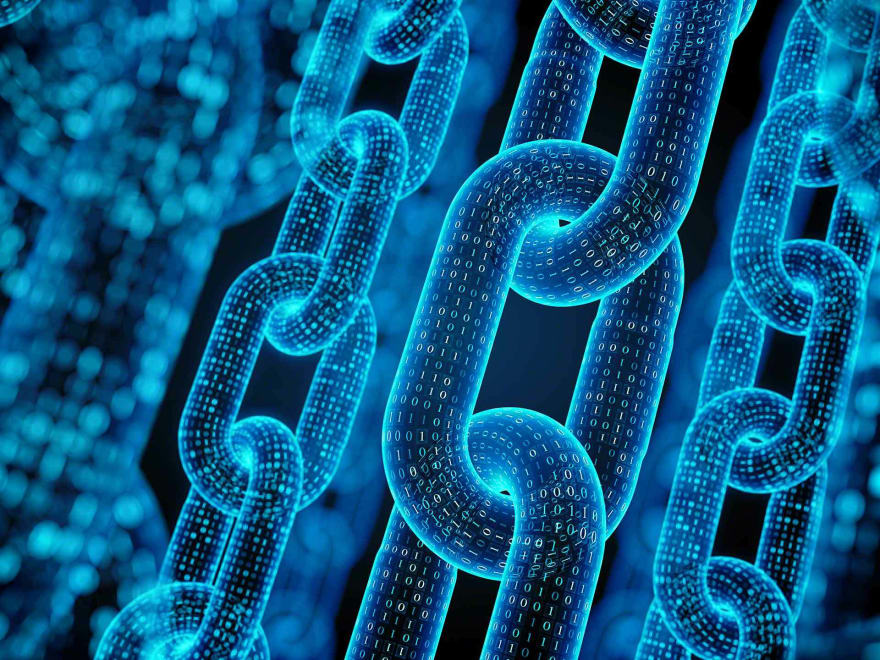 In this project,two crates were used namely:

Secp256k1 is a Rust implementation of the Pieter Wuille’s secp256k1 eliptic curve. The bitcoin network uses this eliptic curve for its public key generation algorithm too.

The anyhow crate is used for handling errors graciously in Rust.

Enough of the talking.... 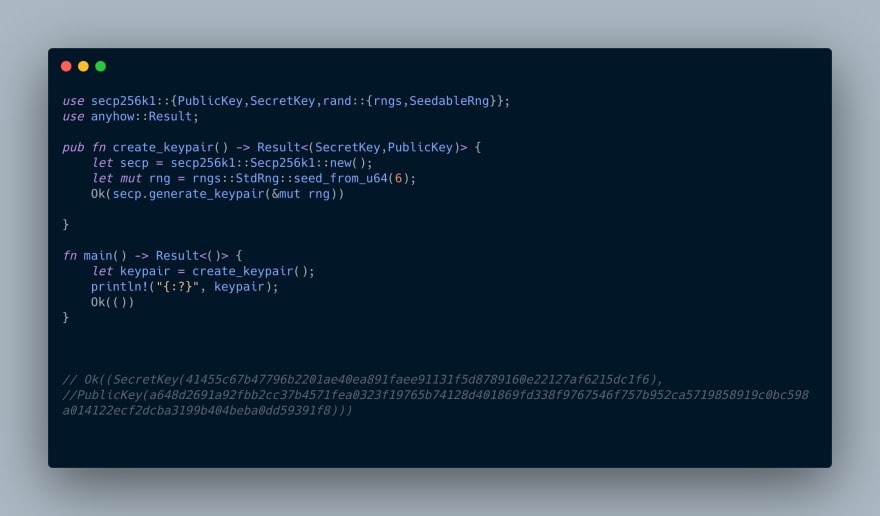 First, we declare a public function named create_keypair() which returns a public key and private (secret) key pair. We then initiate the secp256k1 crate. On line 9 we used the random number generator rng on the secp256k1 crate to generate a secure private key. On line 10, we generated the key-pairs by invoking the generate_keypair method which takes a rng from line 9.

The main function just makes a call to the create_keypair() function, and then prints the output.

Note: As you change the integer in seed_from_u64, you get a different set of private and public keys.

To run the code for this tutorial, add the following lines to your Cargo.toml file

I hope you enjoyed the tutorial, you can drop your comments if you have questions.

Adding Credly badges to AWS re:Post if email addresses do not match

Boluwatife Ayodele G
a software engineer who loves Rust and blockchain development. You can reach out to me on [Twitter](https://twitter.com/yceethetechiee), [LinkedIn](https://www.linkedin.com/in/boluwatife-ayodele-g/)
#DEVDiscuss: to Specialize or to Generalize?
#devdiscuss #career #beginners
CHALLENGE: Describe AI in five words or less.
#discuss #ai #watercooler
Chrome Extensions of the Month - January 2023
#productivity #webdev #javascript #beginners

Once suspended, yceethetechie will not be able to comment or publish posts until their suspension is removed.

Once unsuspended, yceethetechie will be able to comment and publish posts again.

Once unpublished, all posts by yceethetechie will become hidden and only accessible to themselves.

If yceethetechie is not suspended, they can still re-publish their posts from their dashboard.

Once unpublished, this post will become invisible to the public and only accessible to Boluwatife Ayodele G.

Thanks for keeping DEV Community 👩‍💻👨‍💻 safe. Here is what you can do to flag yceethetechie:

Unflagging yceethetechie will restore default visibility to their posts.