Today I decided to branch out on my python studies by looking at an Alexa skill via python tutorial.

The tutorial shows how to get the top 10 headlines from a subreddit on reddit.com via a voice command.

The most challenging part of it all was figuring out what dependencies were missing from my pc to run it.

Cue lots of googling error messages and trying things until eventually the python module ran locally. So thankful for StackOverflow!

Then when it came to setting up the skill on developer.amazon.com
I had to work around the difference between an old tutorial and an updated UI and differing Json models.

It was a long slog but I'm proud of myself for seeing it through to the end!

Pic below of successful test 😁 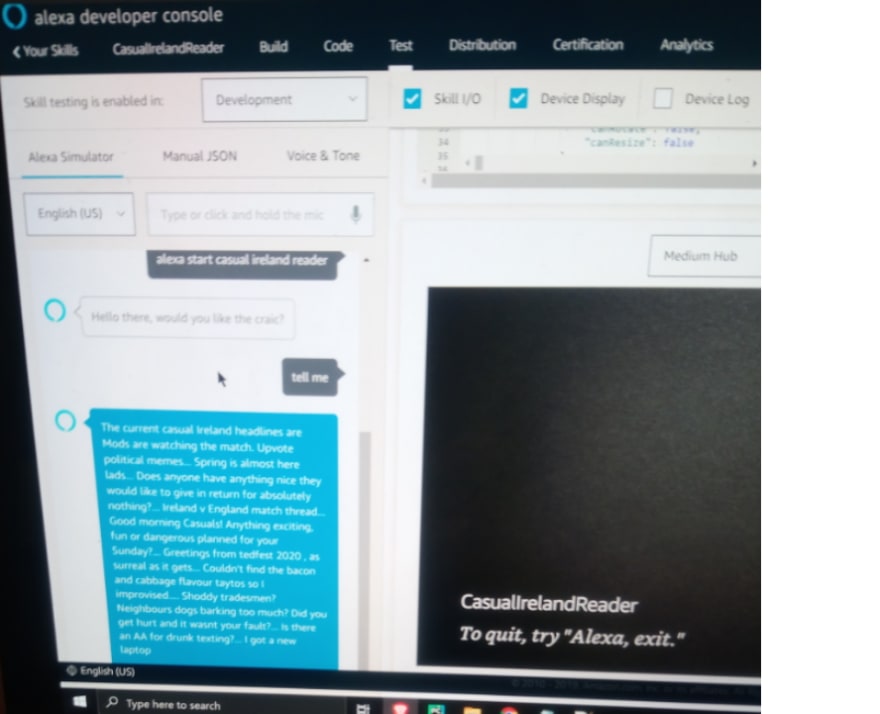 I've added the code used to my github

The best learning path for coding - the different routes

Ciara
10+ Github Repositories You Should Know as a Developer
#webdev #programming #productivity
If you run a Github organisation you must do this now!
#opensource #portfolio #github #productivity