Given an integer array nums, find the contiguous subarray (containing at least one number) which has the largest sum and return its sum.

Follow up:
If you have figured out the O(n) solution, try coding another solution using the divide and conquer approach, which is more subtle.

What is a contiguous subarray?

Now, that you know what a contiguous subarray is, the only thing left to do is to figure out which subarray has the maximum sum.

Since we don't know the length or position of the subarray we seek, we can perform an exhaustive search of all possible subarray lengths starting from all possible indices.

Pretty sweet code right? Have a look at the Time complexity.

If you analyze the weakness of the previous algorithm, for each valid start_idx we calculate the sum by iterating from start_idx to start_idx + sub_len which is duplicate work.

Why is it duplicate work?
In each subarray, we leave 1 element from the start and add 1 element to the end. Which means the sum of the remaining elements from the previous subarray need not be calculated. Here's an illustration to simplify it: 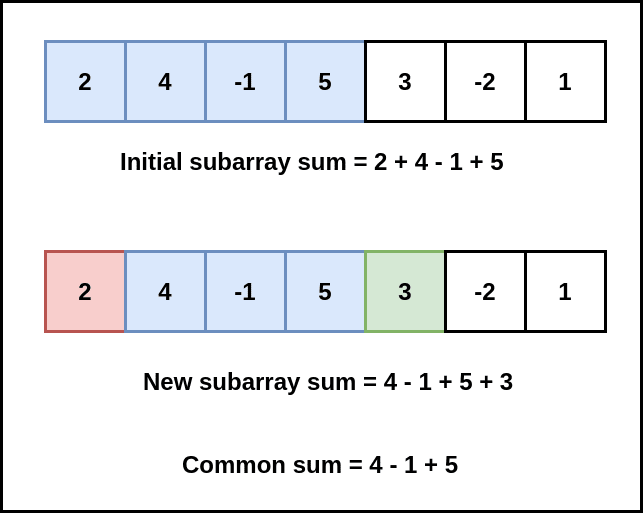 This is better but you'll still get a TLE(at least in Python you will).

Clearly, this kind of thinking is not getting us anywhere so time to take a step back and think differently.

Wasn't the solution behind Approach 3 pretty intuitive?
Guess what! The algorithm used in it is an example of Dynamic Programming!

What is Dynamic Programming?

Likewise, in computer science, if a problem can be solved optimally by breaking it into sub-problems and then recursively finding the optimal solutions to the sub-problems, then it is said to have optimal substructure.

You can read about it in detail over here but basically, you identify sub-problems and somehow find solutions to them and save it so that you don't calculate it again.

Where was this used here?
The variable subarr_sum was used to store the maximum subarray sum so far, which means at any index we knew the answer to the problem so far which is the subproblem. All we had to do was make a decision whether to include this element in the subarray or to start a new subarray. 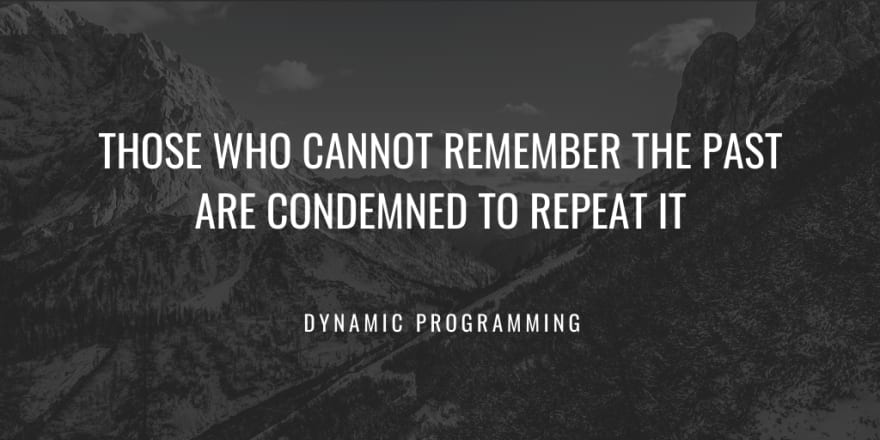 How To Choose The Right Frontend Framework

Why I Love Polywork as a Software Developer