RT-Thread MicroPython is plug-in in VScode, which provides a powerful development environment for MicroPython development. The main features are as follows:

1- Using plug-in under the Windows operating system requires changing the default terminal of VScode to Powershell, as shown below: 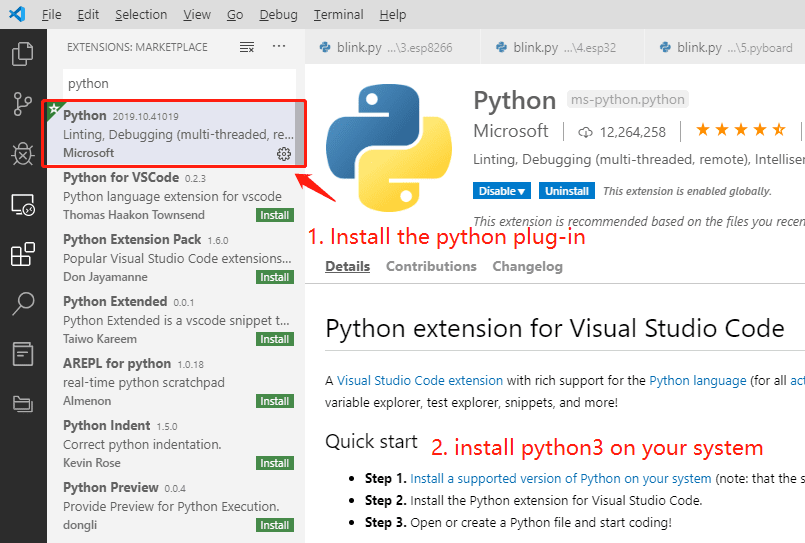 If you already have the above plug-ins and programs installed on your PC, you can skip this preparation step.

This plug-in supports running under ubuntu 18.04. In order to avoid frequent access to serial port permissions under the ubuntu system, the current user needs to be added to the user group dialout. Manually enter the following command: $USERNAME is the current USERNAME of the system:

You can connect to the MicroPython development board by clicking the connection button in the lower-left corner and then selecting the device you want to connect to in the pop-up list of devices. 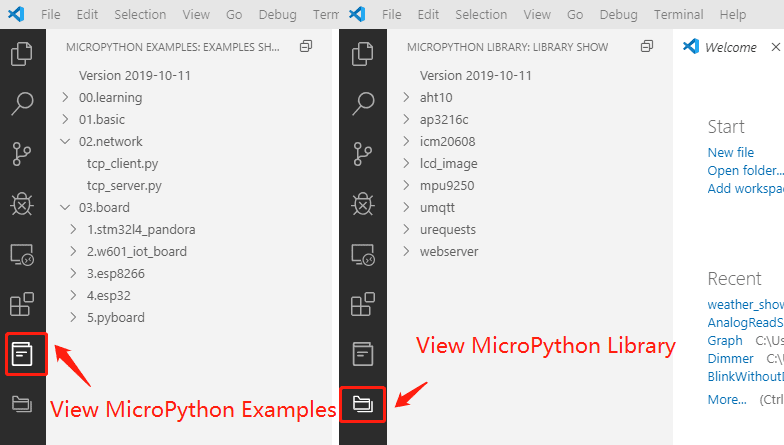 Run MicroPython files directly on the development board (kind for debug)

This feature is used to quickly debug a single file and is frequently used in debugging code. When we write the test program in a separate file, we can use this function to download the current python file to the memory of the development board to run, achieving the effect of rapid debugging. We can also use the shortcut key Alt + q to trigger this function.

Run MicroPython code snippets on the development board

If you just want to debug a small amount of code without downloading files to the development board, you can use the code snippet function. You can run the selected code in the REPL environment by selecting the snippet you want to run in the editor, and then selecting the execute the selected MicroPython code option on the device from the right-click menu.

Note that if there are files/folders with the same name on the development board, the download will overwrite the existing files/folders.

Intelligent code completion based on MicroPython

This plug-in supports intelligent code completion and syntax checking based on MicroPython syntax, which is a powerful tool for developing MicroPython code. It allows developers to write functions while looking at API parameter hints, and it gives them a visual reminder that makes it easier to find errors in code.

An open-source embedded real-time operating system born in 2006 that provides developers with a wide range of components and 200+ software packages.

What If Jane Austen Wrote

Once suspended, abby06 will not be able to comment or publish posts until their suspension is removed.

Once unsuspended, abby06 will be able to comment and publish posts again.

Once unpublished, all posts by abby06 will become hidden and only accessible to themselves.

If abby06 is not suspended, they can still re-publish their posts from their dashboard.