Finding a tables candidate key's during the database design process without having the a lot or any mock up-data can be difficult sometimes. There's, however, one well known trick - but many guides use a simplified version which only works on basic tables. In this article, I want to demonstrate the correct version which works 99% of the times.

Before we start, we'll have a quick look what functional dependencies are.

This is called functional dependency.

Find the candidate key of a Songs table

From the table above, we can tell that our dependencies are:

Next step is to illustrate these dependencies with a drawing. 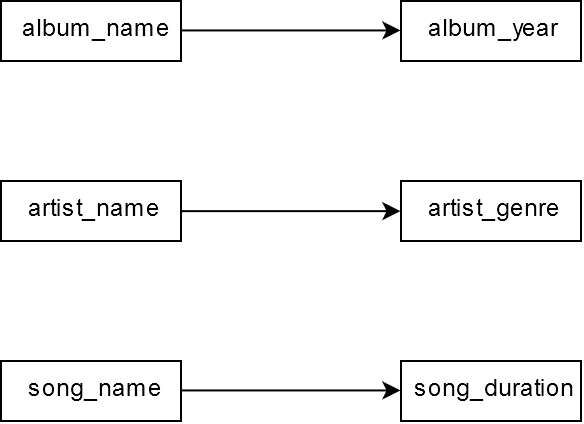 Based on the drawing, we can tell that we need album_name, artist_name and song_name to get all attributes.

An attribute that is not connected to any other attribute signals that this attribute is already part of the candidate key.

If we would tabulate the table above, it would look like:

From first view, it's impossible to determine which is the candidate key.

But we do know the dependencies:

So, lets draw the dependencies:

We only need the attribute title to determine all other attributes.
Therefore, {title} is the candidate key.

Now, lets do an example without obvious names.

Curly brackets are just a short hand for a group of attributes with a functional dependency to another (group) attribute.

Lets draw once again, the dependencies: 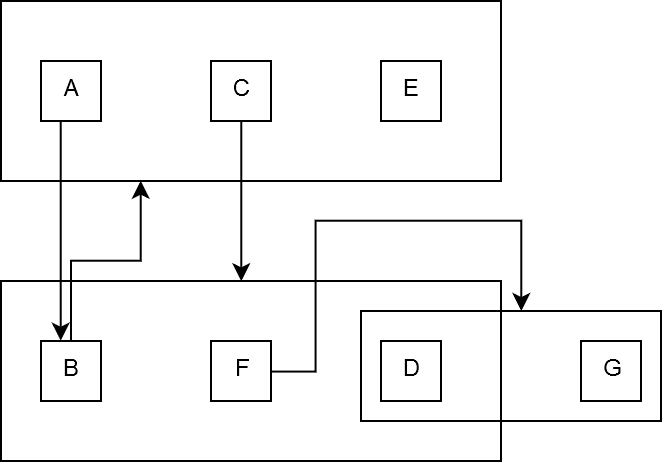 By analyzing this drawing, we can get to every attribute starting from A, B and C.

We have covered all attributes only by using C. 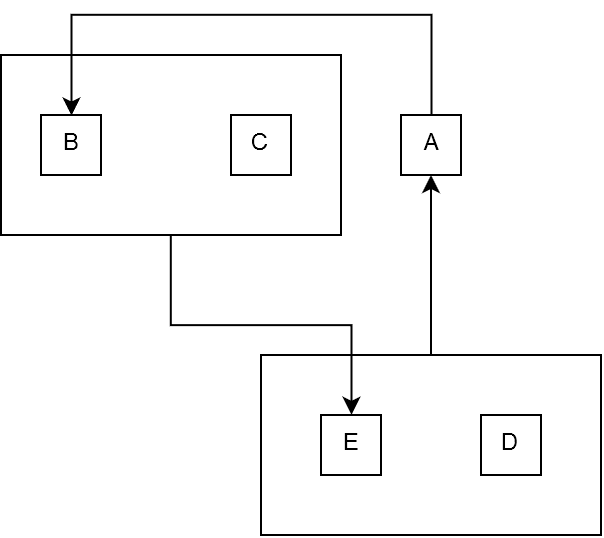 There's no arrow ever going to D and C. This signals that D and C are already a part of our candidate keys.
However, we need to combine {D, C} with either A, B or E to get all attributes.

Once suspended, advename will not be able to comment or publish posts until their suspension is removed.

Once unsuspended, advename will be able to comment and publish posts again.

Once unpublished, all posts by advename will become hidden and only accessible to themselves.

If advename is not suspended, they can still re-publish their posts from their dashboard.

Once unpublished, this post will become invisible to the public and only accessible to Lars .

Thanks for keeping DEV Community safe. Here is what you can do to flag advename:

Unflagging advename will restore default visibility to their posts.