If your organization creates multiple Google Docs every day and you want a better way to sort, filter, and organize all these Google Docs, this solution may be useful for you. This tutorial walks you through how to extract the important metadata from a table in a Google Doc and sync that data into a table in Coda.

I often see templates for project briefs, meeting notes, or candidate interview as Google Docs at other organizations which are duplicated over and over again. These Google Docs are then stored in Google Drive which can get very unwieldy to manage unless someone is consistently organizing the folders in Google Drive. Another common trait in these Google Docs: a table near the top of the Google Doc summarizing what the doc is about.

A user recently needed a solution for extracting the data from the tables in their Google Docs into a table in Coda, so I wrote this Google Apps Script to solve the problem.

If you want to skip right to using the Google Apps Scripts, go to this gist. Here is a video tutorial as well:

Why sync data from a Google Doc to a structured table?

Alternatively, you could just use one Coda doc to manage multiple project briefs, but let’s assume your organization is still accustomed to using Google Docs as the main “data storage” tool for these lightweight use cases.

This Google Apps Script does the following:

Setting up the script

From line 9 to line 17 of the script, you’ll need to enter in some of your own data to make the script work. Step-by-step:

Data is trapped in your Google Doc tables

In order for this script to work, the table in each of your Google Docs needs to be structured like this: 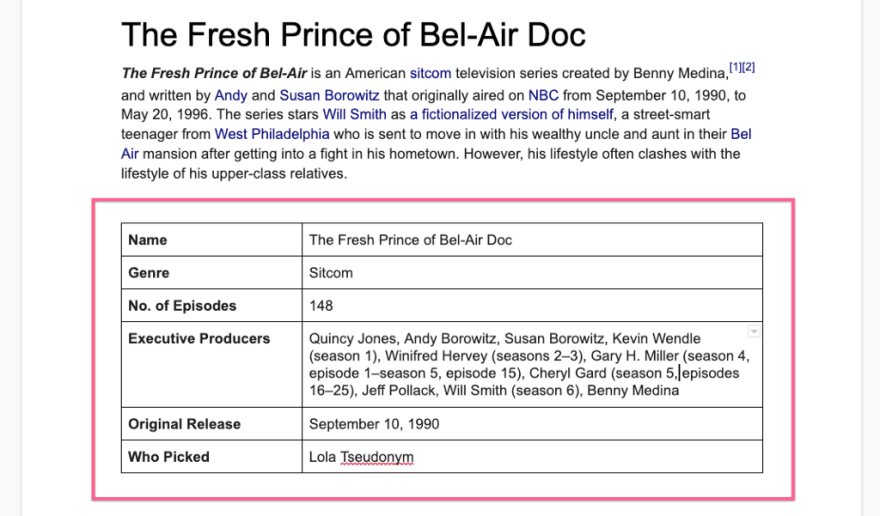 Notice how the column “headers” show up as rows and the value of each “header” is in the second column. This is not the traditional way you would use tables in a spreadsheet. The reason you might have the metadata about the Google Doc stored in this structure is because it’s easier to add new headers to the rows when the values for each header can be very long. If this was structured like a regular table, the column headers would be really narrow and adding more columns would make the data too squished.

In the above example, Executive Producers would take up a lot of room if this was laid out like a regular table. By organizing data with the properties in the first column and the values in the second column, it makes it easier to view the data easily in a structured format.

How the script works

As part of set up process, you need to create a table in a Coda doc that has the same properties in your table in your Google Docs. An important caveat:

This just ensures that all data is synced over correctly to Coda. If you want additional properties synced, you have to add those columns to your Coda table. The spelling of the column names have to also be consistent with your Coda table:

Notice that you also have to add an additional column called Google Doc Link to your table. This will store the link to the Google Doc once the data is synced over to Coda.

You can call this column something else, but make sure you replace the variable name in Line 14 of the script with the new name of this column:

This script also works with Google Docs your colleagues have shared with you that you’ve added to your Google Drive. For instance, in the above screenshot “Doug Doc” is a shortcut to another doc somewhere else. You’ll now it’s a shortcut when it has that little arrow icon overlaid on the doc icon:

You can create these shortcuts (and rename the shortcut) when you add someone else’s doc to your Google Drive: 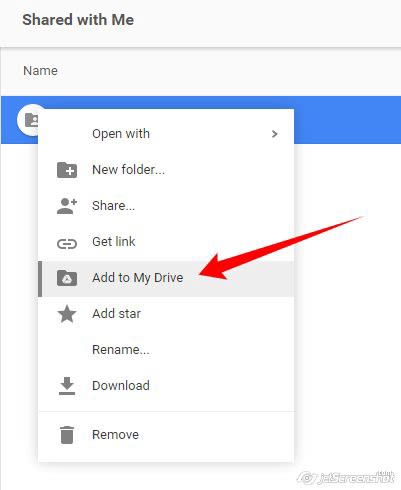 The main function to run in the script is the runSync function. This function checks all the current rows in your Coda table that contains existing data you’ve synced over and compares the Google Doc link with what’s currently in your Google Drive folder. If new docs get added to the Google Drive folder, the script only syncs over the data from the tables in those new docs. This leads to another caveat:

Once the data is synced over, you can change the column formats in your Coda table so that it reflects the right format of your data:

What’s neat is if you’ve shared your Coda doc with certain people already, those people will automatically show up as a People column format in your table. In the above screenshot, the Who Picked column is a People column format, and the original data from the Google Doc table was just a name. When the name “Adam Davis” was added to Coda, however, Coda automatically finds the right person you’ve shared the doc with and makes it a selectable option in the dropdown. Now that you have this person reference, you can view other data about the person like their email address (and send them messages with the Gmail or Slack Packs).

Now that we have the current Google Doc IDs from your Coda table , we need to compare this with what’s actually in in your Google Drive folder. The getDriveFiles function uses the Google Drive API to get all the files from the folder you’ve identified in the GOOGLE_DRIVE_FOLDER_ID so that we can see what new Google Docs need to be synced over to Coda.

Extracting the data from a table in a Google Doc

The number in the bracket should always be one less than the actual number table in your Google Doc (e.g. if it’s the fifth table, you would put 4 in the brackets).

Another caveat regarding the data that you sync over:

This means instead of writing Google (where the word “Google” is hyperlinked to “google.com”), you’d have to write out the full link like this: “Google: www.google.com”. There are ways to get hyperlinked text to show up in Coda, but the script would’ve gotten much more complex.

Adding the metadata to Coda

The final step is adding the data to Coda. The addRowToCoda function uses the Coda API once again to add the data from your Google Doc table as a row to your Coda table. Now that the data is in a Coda table, you can start filtering, sorting, and building views off of this data so that you can easily find the Google Doc you’re interested in.

This script solves a specific niche scenario of adding data from tables in Google Docs to a table in Coda. If the data in your table is structured like a “normal” table with columns along the top, then you’ll have to edit the script to account for this structure: 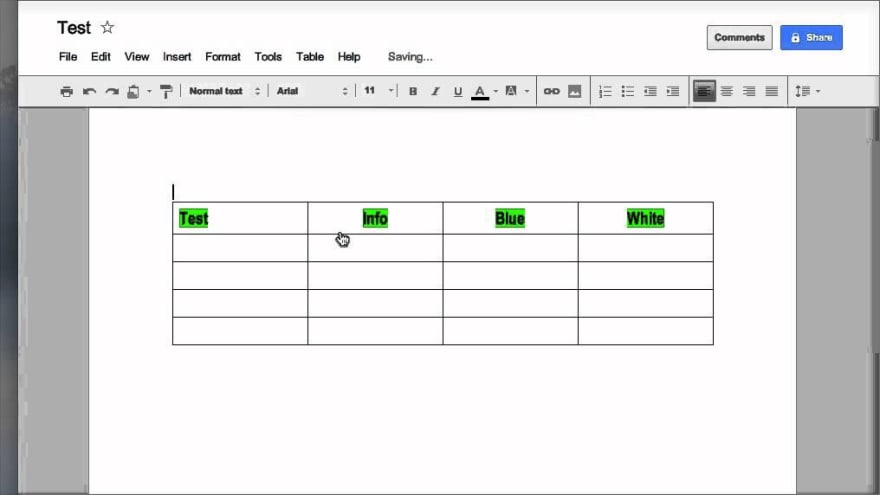