If you're into Python programming, chances are that you have heard the words CPython, Cython, Jython, PyPy... However, what are they exactly?

In this article we will do a small introduction to some of these Python variants, so you can at least understand what they exactly refer to if you see them in any other context.

CPython is the original Python implementation, the one you will probably use daily and that you can download officially from python.org. Its name comes from the fact that the Python code is compiled to bytecode using C.

Jython is an alternative implementation that uses Java, instead of C, to obtain the bytecode. This enables this bytecode to run in the JVM, the Java Virtual Machine, like other languages such as Kotlin, Scala or Java itself.

As Jython its just another implementation, the syntax remains unchanged: you can take all your CPython code and run it on Jython without needing to change a single line.

Cython is compiler that enables to write C extensions for Python, usually with the goal of making it more efficient. Unlike the previous examples, is not a different implementation: it uses CPython to run the Python code. It can be considered a superset of Python, as it contains all its functionality and adds the extra C capabilities on top of it. 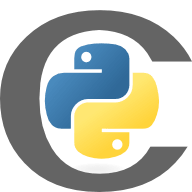 These extensions are written in a specific syntax, much similar to the one you'll use for writing the equivalent C code. Let's see this example (from Cython's Wikipedia site)

With PyPy, we have another Python implementation like CPython or Jython. The interesting point of this implementation is that it is implemented in... Python itself (yes, probably this blew your mind, so keep reading to understand what we mean by that)

The core of PyPy is a Just-In-Time (JIT) compiler that it uses to compile the most repeated parts of your source code to the machine's native code (instead of bytecode, like CPython or Jython did). Running native code is more efficient than running bytecode, so this can result in great speed improvements even considering the time that will be used for compiling the code.

PyPy has a lot of detailed information about its advantages (and disadvantages) in its website, as well as some performance tips and advice on which cases may not be best suited for it, so I encourage you to check it if you're interested.

After this article, you should be more familiar with the concepts of CPython, Jython, Cython and PyPy. However, chances are that you are interested in learning more about them, so I've prepared a list of links that can be really useful if want to dive deeper into the topic. I hope you find them useful!

Once suspended, alexgascon will not be able to comment or publish posts until their suspension is removed.

Once unsuspended, alexgascon will be able to comment and publish posts again.

Once unpublished, all posts by alexgascon will become hidden and only accessible to themselves.

If alexgascon is not suspended, they can still re-publish their posts from their dashboard.

Once unpublished, this post will become invisible to the public and only accessible to Alex Gascón.

Thanks for keeping DEV Community 👩‍💻👨‍💻 safe. Here is what you can do to flag alexgascon:

Unflagging alexgascon will restore default visibility to their posts.