Sometimes when writing complex programs, headaches and frustration can feel like unavoidable parts of the developing process. As I continue to learn and build my toolkit for writing clean, structurally sound code, I constantly find new methodologies that streamline my logic and help me avoid those pesky headaches. One of the latest tools I’ve discovered is currying. 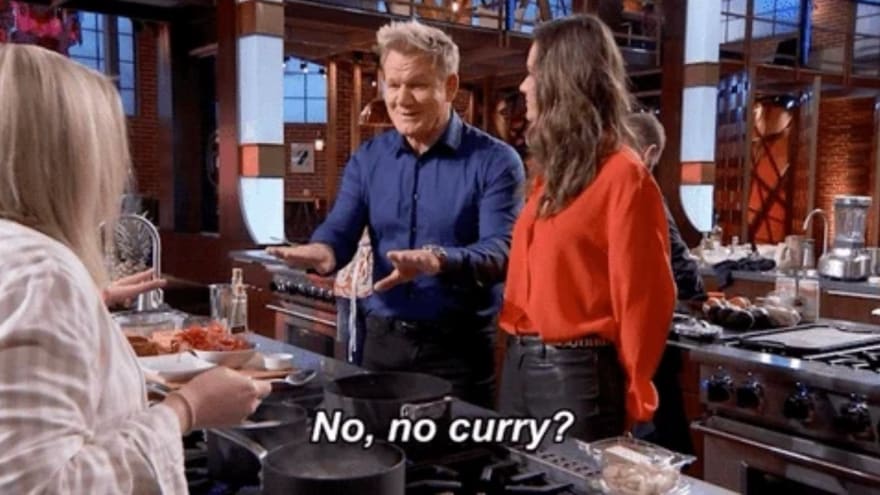 So what exactly is “currying”?

Currying is a functional programming technique which transforms a function that takes multiple arguments into a sequence of nesting functions that each take only a single argument.
Instead of taking all its arguments up front, the function takes only the first argument and returns a new function that takes the next argument, repeating this process until all arguments are exhausted. When the final function in the currying chain is returned, every argument that was passed in is kept accessible and used in the execution due to closures. The number of arguments passed into a function is known as that function’s arity, and keeping arity to a minimum comes with several benefits.

Let’s explore this concept with a simple example.

We have a basic function getPyramidVolume that takes a length, width and height of a pyramid and returns the pyramid’s volume.

Can all functions be “curried”?

Native Javascript does not include the curry function, but many libraries do. With lodash, converting a function to a curried version is as simple as passing your function into _.curry. 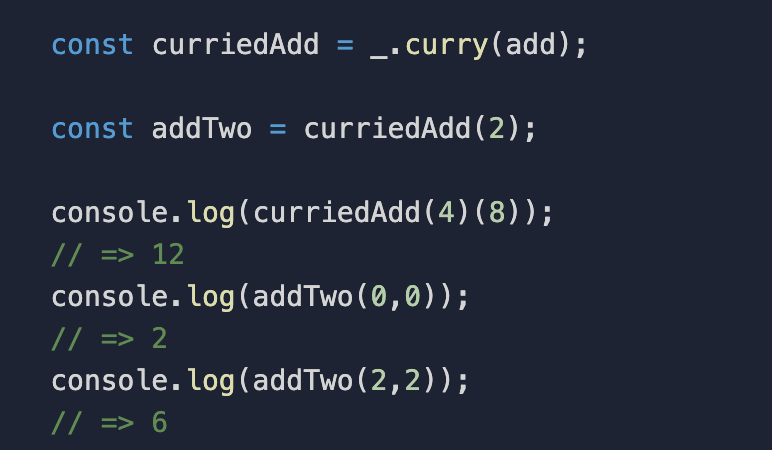 In this example, I passed the add function through _.curry to create a curriedAdd function. I can now use curriedAdd as a module to create other functions, such as addTwo, which can accept however many arguments I pass in.

Cool! So…why is this important?

The idea with currying is that your function can pass through the application and gradually receive the arguments it needs. This is super useful for a few different reasons. By decreasing arity, you decrease the potential of unwanted side effects. Currying your code allows you to pass in a first argument that will return an expected and undisputed outcome, which then goes on to process your next argument, and so on, until all your arguments have been received. This also boosts the modularity of your code. By breaking a rigid function down into smaller components that can be reused and reconfigured with ease, your code is easier to read, easier to fix, easier to manage and easier to reuse. It’s hard to see why anyone wouldn’t love such a powerful technique. 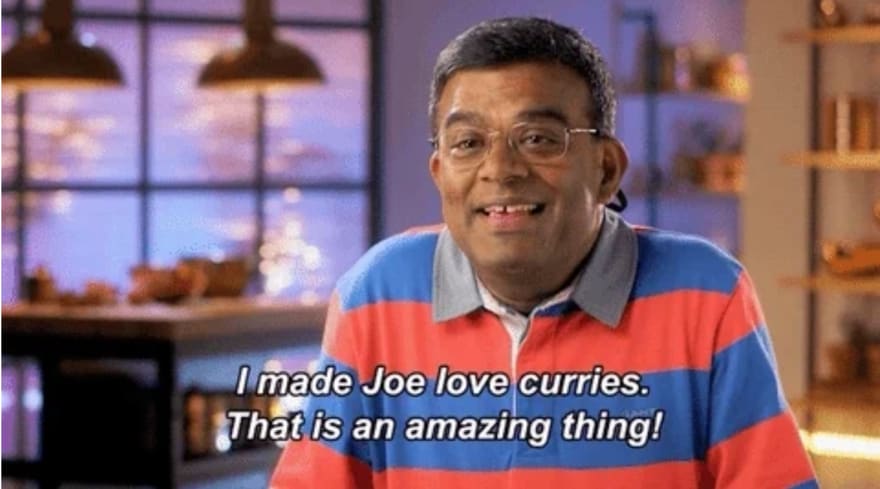 To sum things up, currying allows us to transform a clunky function that takes multiple arguments into a smoother one that instead takes only a single argument, and this “magic” happens thanks to closures. Just like different spices can be added in different stages of the cooking process to make a delicious curry, our newly curried functions can be more easily broken down into their essential parts, and then sprinkled throughout our program to achieve our desired functioning.

Oracle EBS Testing and Its Benefits

Once suspended, amberkhan1028 will not be able to comment or publish posts until their suspension is removed.

Once unsuspended, amberkhan1028 will be able to comment and publish posts again.

Once unpublished, all posts by amberkhan1028 will become hidden and only accessible to themselves.

If amberkhan1028 is not suspended, they can still re-publish their posts from their dashboard.

Once unpublished, this post will become invisible to the public and only accessible to amberkhan1028.

Thanks for keeping DEV Community 👩‍💻👨‍💻 safe. Here is what you can do to flag amberkhan1028:

Unflagging amberkhan1028 will restore default visibility to their posts.