When we work with projects which use Java, the first thing that we do is add dependencies, libraries or frameworks, that we need to use. To do this, we use a dependency management tool like Maven or Gradle, depending on the benefits that we consider are the best of our projects.

Each dependency that we add for our project contains other dependencies; most of the developers know this concept under the name of transitive dependencies. In many cases, this situation doesn’t present any problem because our dependency manager resolves in a good way the conflicts of versions between different libraries. Still, there are other cases when these conflicts produce some errors when we use our API/library.

Please let me clarify the stated above with the following examples: 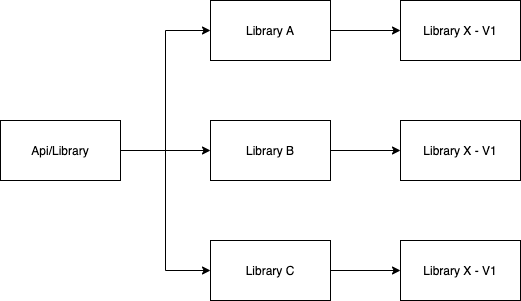 Figure 1 — Our API/library imports some libraries which use a particular library with the same version. 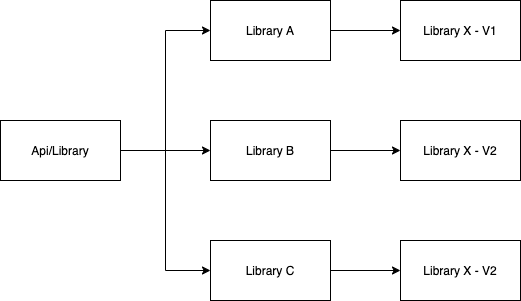 Figure 2 — Our API/library imports some libraries which use a particular library with different versions.

In the case of figure 1, there isn’t a problem because all the libraries use the same version, so our dependency manager doesn’t need to do anything to resolve it. The problem appears in figure 2 because the libraries use different versions of the same library so Maven/Gradle tries to resolve the conflict between versions in the best way. In some cases, the resolution of the conflict with the version produces an error, the most common are: “ClassNotFoundException” — “MethodNotSupportedException” — “NoClassDefNotFound”, which appears when our dependency management tool takes a version without this particular class or method.

How can I resolve this problem?

To resolve this problem, you have different alternatives to find and fix it. Here are the steps that I follow to find the solution:

You can use this solution when you run your application/library and the problem appears, but you have another way to detect this problem before that happens. There is a plugin which we can use in our dependency manager (Maven or Gradle) to check the problem with the dependencies; the following are the implementation for each dependency manager:

These plugins have a lot of features to use but the important in our case is DependencyConvergence, which shows all the possible problems with the libraries.

When you add in your project one of these plugins and run the validation if something is wrong the message that will appear in the console looks like this:

This output means that the project has two dependencies “junit-jupiter-engine” but with different versions. As I mentioned before you can resolve the problem exclude the dependency in “spring-boot-start-test” or tell to dependency management tool which version need to use it.

If you have a very old project and add the enforce plugin maybe you will discover a lot of conflicts to resolve which in some cases it’s impossible to resolve in a very short period but if you create a new project you can add the plugin from the beginning and prevent possible problems in the future.
You can see there are different alternatives to solve this problem. Now it’s up to you to decide which solution is the best one.

How To Create Avatar From Photo

Once suspended, andressacco will not be able to comment or publish posts until their suspension is removed.

Once unsuspended, andressacco will be able to comment and publish posts again.

Once unpublished, all posts by andressacco will become hidden and only accessible to themselves.

If andressacco is not suspended, they can still re-publish their posts from their dashboard.

Once unpublished, this post will become invisible to the public and only accessible to Andres Sacco.

Thanks for keeping DEV Community 👩‍💻👨‍💻 safe. Here is what you can do to flag andressacco:

Unflagging andressacco will restore default visibility to their posts.