Trying to learn my way around GIMP the other day led me to Sirar Salih's developer blog.

I thought it looked SO GOOD: 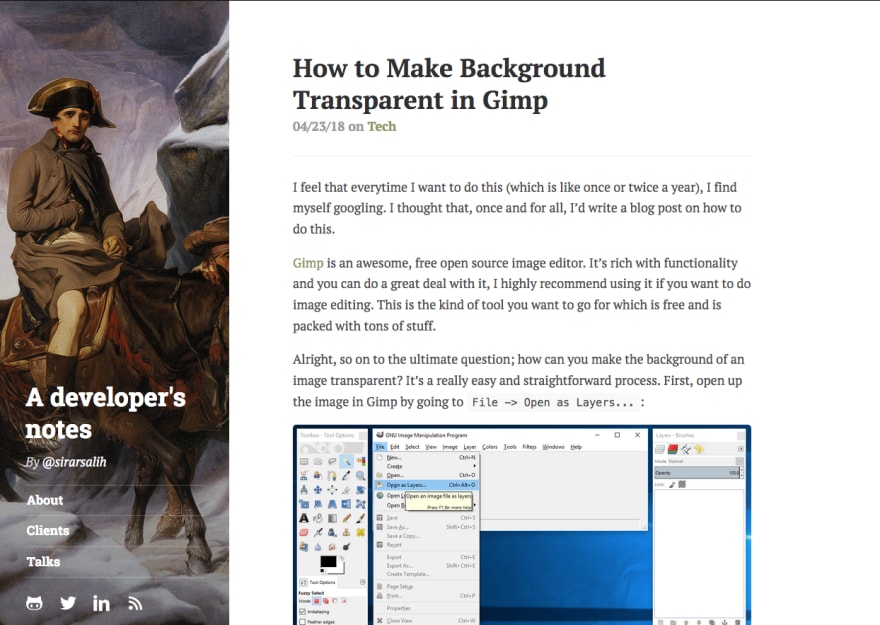 Helpfully, Sirar links to the original theme on his page: Hydejack, built with Jekyll and hosted on Github pages. Obviously, I had to try it myself. 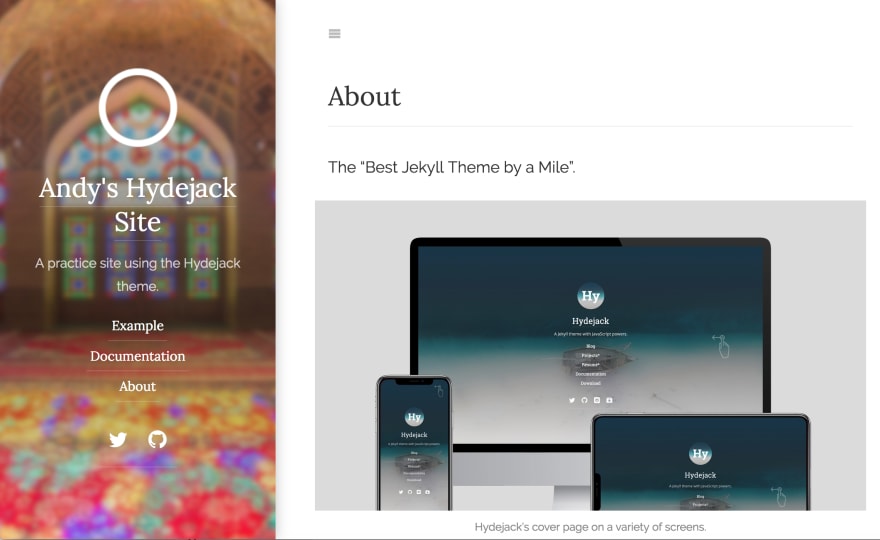 For some helpful tips and a better how-to than what you'll find elsewhere, read on.

I don't know much about Ruby/gems, so I didn't go that route. Going the zip file route just sounded messy, and I've been known to mix up my git clone and my git fetch.

That left installing via starter kit, which gives you a decent quick start guide in its ReadME.

I elected to start by setting up my GitHub pages site, just because it sounded the easiest, but I had to change a few of the steps:

Now, I did all of this before I had my own local copy of the site. So it was satisfying to see the blog theme immediately live and hosted, but is obviously not ideal for development. Onward to setting up local development.

Now, a note about the local site: although the jekyll server continues running as you make changes in your code base, I have had to stop and restart the server for changes to take effect. I need to research more to find out if there's a way for the jekyll server to be watching for changes and update accordingly.

Digging into the development

I ran through the HydeJack Configuration page to start customizing my website, and it's great.

But, I started to notice that there were some files and folders in my GitHub repo that weren't in my local copy. What's the deal?

Well, the .gitignore file includes the _site folder. Which, you know, contains pretty much the whole site.

I commented out that line so that I could get into the meat of those pages.

So guys, the _site file is what gets built when you run the Jekyll server. If you try to put anything in there, it will be deleted when you build. So, keep that shiz in your .gitignore.

I didn't know anything about Jekyll before starting this site. And honestly, not a lot of great resources out there on it. A lot of the videos and articles I found are from 4 or 5 years ago, which makes me feel like Jekyll is a little passe?

In any case I liked this video for an intro:

Just like HydeJack is free to use, there are a bunch of other Jekyll themes out there!

Go to this link to peruse a bunch of free and paid options.

Finally, for the pared-down intro to Jekyll for blogging, check out this dev post: 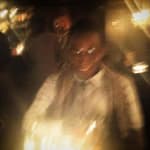 Getting Started with Jekyll

Once suspended, andy1 will not be able to comment or publish posts until their suspension is removed.

Once unsuspended, andy1 will be able to comment and publish posts again.

Once unpublished, all posts by andy1 will become hidden and only accessible to themselves.

If andy1 is not suspended, they can still re-publish their posts from their dashboard.

Once unpublished, this post will become invisible to the public and only accessible to Andy.

Thanks for keeping DEV Community 👩‍💻👨‍💻 safe. Here is what you can do to flag andy1:

Unflagging andy1 will restore default visibility to their posts.