Hey Again! It's been a while since my last blog :)

As usual the previous related blog is right here 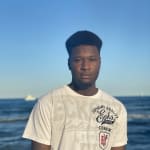 For this assignment we had to familiarize ourselves with Docusaurus which is created by Facebo- *Cough* Meta. The basic setup can be found here via github pages. It was super easy to setup! I did have a hiccup with github not doing password auth anymore when I tried running the built in deploy script for github pages and the fix was too annoying so I just built and copied the files to my github pages repo.

The second task was to also implement a feature of docusaurus. I chose to implement the markdown parsing feature. Although rssg technically had this feature, it was very limited. Only supporting level 1 headers and inline code. To do this we were allowed to use 3rd party libraries, specifically crates in rust.

I chose to use comrak. It is one of the most developed and well known markdown to html crates and is very easy to use. The main logic of my code is very simple and is done as such

It simply takes each applicable line of the file and converts it to html. That simple. The full commit can be found here

Thanks for reading again and I hope I'm not boring you guys to death yet! :)

Once suspended, antoniobennett will not be able to comment or publish posts until their suspension is removed.

Once unsuspended, antoniobennett will be able to comment and publish posts again.

Once unpublished, all posts by antoniobennett will become hidden and only accessible to themselves.

If antoniobennett is not suspended, they can still re-publish their posts from their dashboard.

Once unpublished, this post will become invisible to the public and only accessible to Antonio-Bennett.

Thanks for keeping DEV Community 👩‍💻👨‍💻 safe. Here is what you can do to flag antoniobennett:

Unflagging antoniobennett will restore default visibility to their posts.