A mentor told me to write this app.

I was hesitant because it is a simple note app.

The code to the app: https://github.com/AntonRich/anton-joe-note-app

Let's go back in history and see what the first screenshot of the app looked like: 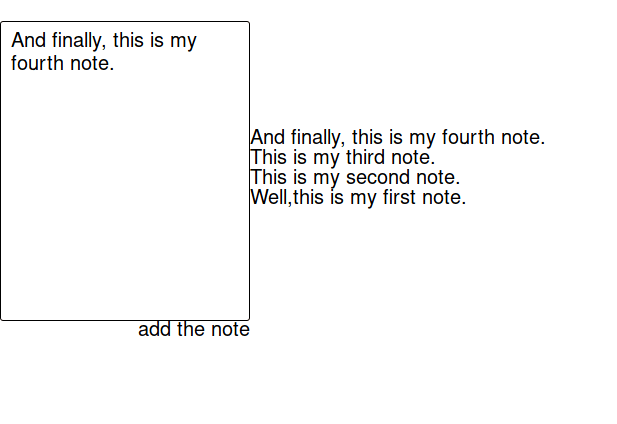 The name of the screenshot says: "note mvp is working".

You can see how it is working though. Right column is misaligned.

I don't really know why it happened. First I have to tell you what I decided to use for css.

I had three choices regarding the css part: basic elm css, rtfeldman/elm-css, or elm-ui.

I went with elm-ui.

I kind of fixed that bug with the second column where my content was in the middle. I aligned it to the top. You can see it looks better now. 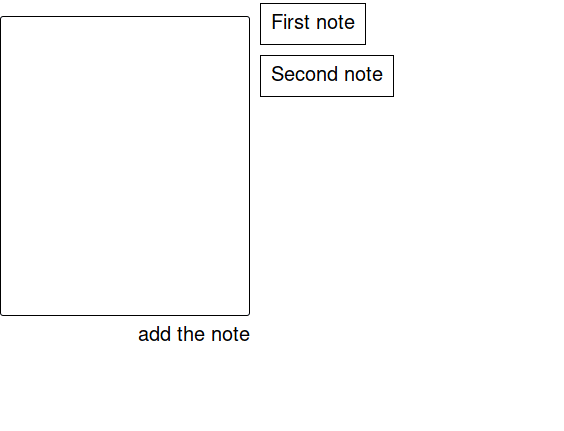 Later on I discovered another curios bug. 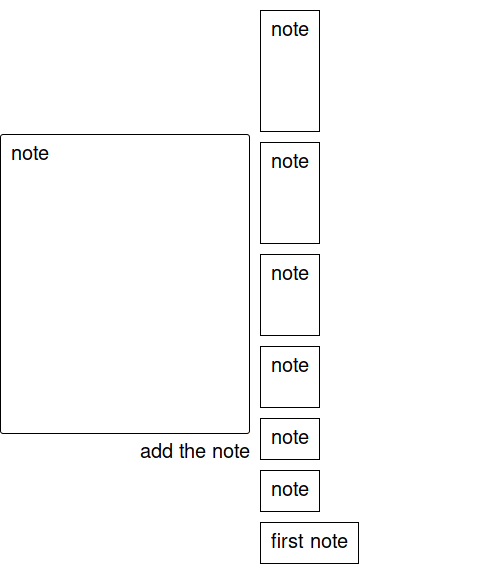 The more notes I add the more space I have between the top of input field and the top of the browser.

There is one more bug. Oh, gosh.

When I add the note the field input does'n clear itself. I have to handle that.

What my goals are:

Mental Patterns that I have:

A note an productivity:

Week 6 and Overall experience in the Task force

Is Kubernetes- Boring or Boon?

Anton
Born into being.
Modeling exercise for 7 apps.
#elm
Pack the same elements into a list inside a list.
#elm #challenge
No duplicates challenge in Elm
#elm #challenge