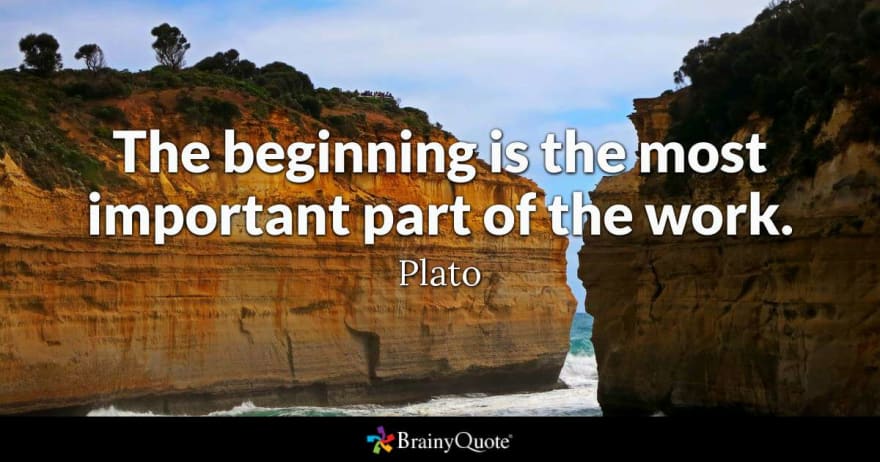 Thanks for the image, brainyquote.com !

Warning: this section has some details you may not wish to know - skip it if desired.

So why, with a child and parent(s) that need attention, would anyone start on a learn-it-yourself path? This has been the best of a list of options, some of which weren't healthy. I'm not skinny enough to strip or work in a gym, I've lost my patience for call center work (the bosses, not most of the customers and co-workers), and damaged a shoulder working food service.

I have to make plans for the future - parent isn't going to live forever, and the child is both working full-time, and looking for someone to start a long-term relationship with. The relationships I've had left me with not only bills, but a distrust of someone who isn't willing to work as hard as I do.

My college degree is mostly worthless, with the changes in technology - by stopping to care for the family, I found myself behind. And the student loan isn't payable on a minimum-wage job. Since I need to be available all day (the child works at night), this eliminated the possibility of moving. Working for some of the work-from-home companies didn't pay well: a low bid normally got the job.

Programming had always been part of my life, when a computer was available. But finding a full scholarship to a boot camp (which are rare), and hoping to get placed quickly enough that the financial crunch this would put the family in - I had doubts. Yes, places say they have placement rates over 75%, but even that figure (take off the rose-colored lenses!) made it more risky than I wanted.

My son, a current student at the college, started taking - through edX - the CS50 class and working through Free Code Camp, and, after a few weeks of him asking me how to do things - I gave up and joined him in both of them.

Why do I always decide to start a project during the holidays - when I know I have no time?

All right, let's do this!

The child is working on homework for his classes at the college, and I'm at the kitchen table on the second day of Free Code Camp. The night before, we watched the first lecture, and I'm trying to ignore the fact that both it and the Free Code Camp stuff feel like they are too easy, and I'm not being challenged. I go in to ask the child where he's at on Free Code camp, so we can work together on it - maybe I'm missing something?

Okay, I guess he doesn't like the front end stuff much. This is simple, other than a couple of points where I literally go back one lesson to make sure I didn't miss something. At least he is more familiar with the C language, and can help me there - he's already watched the second lecture while I slept, and is started on the homework.

Until the first project. And then finding out exactly how different our coding styles are, as he tries to help me with CS50.

A week later, we aren't watching the lectures together, much less coding alongside each other. We occasionally ask advice, but it's rare - and usually get a "Why are you doing it that way?" expression along with an answer.

So, maybe I need some more-expert feedback: or at least ones that I can break down the answer, and get a reason as to why something is done in a particular manner. A quick course in C++ helps (two days to finish the introductory lecture and finish all the problems) with a 87% rate (with the lowest tossed out, it was 100% - but I claim the lower number), and finding Slack helped me move beyond the isolation, the table, and much of the confusion.

Added a Chat-bot to Chrome Extension;

Nav-link's to active as you scroll through sections, in 10 Lines of JavaScript;

Is it Really an Accomplishment?

I build this Chrome extension : This enables every webpage on internet to have a Live-Chat feature.

Arlene Andrews
Happy in the world of testing and how it fits into the system. I still enjoy coding, but I fit better in the testing mindset.
100 Days Of Code: Websites == Experience
#coding
100 Days Of Code: Retrospective on CS50, 2016 - 2018 Mario
#coding #personal
100 Days of Code, Part 1
#coding