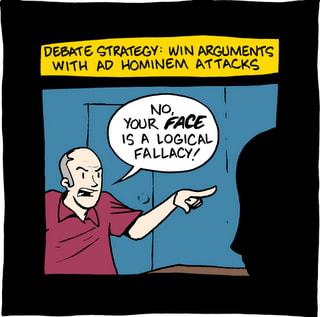 A human brain is a complex machine that evolved over millennia. It works in the most peculiar ways possible and allows us to excel both at perception, dexterity and mind work. Some of its functions are a bit hacky. There are a lot of stereotypes and shortcuts that our mind takes in order to be more efficient and take less energy to fulfill the task. It helps most of the time although, being overwhelmingly erroneous at times, so that it leans you to the wrong decision, building an incorrect map of reality. The lenses of your perception may be flawed, the mechanism that grinds up the information you collect may be malfunctioning, your mapping can be highly incorrect.

Such errors have a name. This name is 'fallacy'. A fallacy is reasoning that is evaluated as logically incorrect and that undermines the logical validity of the argument and permits its recognition as unsound.

Like other people of mind work, software engineers require a lot of thinking, analysis, and mapping of reality to fulfill their job. While doing these processes, our mind sometimes takes shorter routes to reach the destination, leading to wrong decisions or poor planning. To avoid that it is better to know your flaws.

Mind processes are complex and multicontextual, so are the fallacies one may fall for on the way of thinking. Although, there are some that I consider interesting for a software engineer. Here they are:

Get The Best Web designs Services In USA

Artur Martsinkovskyi
Software Engineer from glorious Ukraine.
Rails are a cult
#rails #programming #framework #rant
Vim in modernity - why and why not
#vim #editors #programming
I don't want to be a full-fullstack developer or why division of labour still matters
#programming #fullstack