In 2016, When I have started learning web development, CSS media queries are the most confusing thing for me. The reason is that there are lots of options and customizations we can do to write a single media query. But don't worry I have prepared this article to explain to you everything about media queries with lots of real-life example.

According to me, media queries is mostly used to make web pages responsive, to look good at any media screens like this.

CSS media query properly introduced in 2001, there are almost 4 types of media query in CSS which is print media, screen media and speech media. And when we don't target any media type it will automatically set to all media types by default. Let's deep dive into the ocean of media queries step by step but here we are mostly discussing screen media query.

when we give the command to our pc/laptop for print out then our device creates a media to print documents like images, pdf, etc. In that case, we can use print media queries to show a proper document in print out.

This media is used for blind people they use screen reader software that "reads" the web page. There are other lot's of uses too for speech media read more

screen media means device screen size like smartphone, tablet, laptop and desktop screens. we write CSS media queries for all of these device screens and in this article, we are going to learn more about screen media.

In simple words, CSS screen media query is used to customize or represent our web page to look similar (responsive) on all devices like basic phone, smartphone, tablet, laptop, desktop and TV.

If you noticed that, when we open a website on a mobile(smartphone) screen it looks different as compared to the desktop screen.

And if I open this same website on a different device it will look a little bit different because it is made to look good(responsive) at any device screen. Hope you understand the use of CSS media query now.

Now you are ready to play with a real-life example

I have designed a words best codepen project to explain to you the behaviour of media query. In this example, we will use three different media queries which will change its behaviour according to screen width.

We are going to use max-width for the media query rule, so if you don't know much about it. i recommend this article 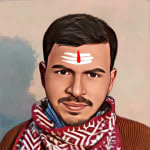 What is CSS min max, actually?

1) I have written this CSS media query for desktop screens which will change the background colour of the body to purple at max-width 1281 pixel and a minimum of 0 pixels.

2) This media query will change the background colour of the body to red at screen size 768 pixel means tablet screen size.

3) And this last media query will change the body colour to yellow on the smartphone screen (375px).

Pro-tip learned from my real-life experience!

1 - Always write a media query at the bottom of your CSS file.
2 - Write media query in the sequence of big screen to small screen like first desktop screen then tablet screen and then a smartphone.

How to record webcam video and audio using ffmpeg

Apache Druid: overview, running in Kubernetes and monitoring with Prometheus

Once suspended, atulcodex will not be able to comment or publish posts until their suspension is removed.

Once unsuspended, atulcodex will be able to comment and publish posts again.

Once unpublished, all posts by atulcodex will become hidden and only accessible to themselves.

If atulcodex is not suspended, they can still re-publish their posts from their dashboard.

Once unpublished, this post will become invisible to the public and only accessible to 🚩 Atul Prajapati 🇮🇳.

Thanks for keeping DEV Community 👩‍💻👨‍💻 safe. Here is what you can do to flag atulcodex:

Unflagging atulcodex will restore default visibility to their posts.