This chapter I implement Fourier Series curve visualization.
And start with JavaScript and React this section.

In mathematics, a Fourier series is a periodic function composed of harmonically related sinusoids, combined by a weighted summation.
(wikipedia)

And it can be explained as expressing a repetitive curve as sum of sine curves. (Purrier Series (Meow) and Making Images Speak)

For example, suppose there is a square wave, and it can be interpreted into sine waves:

The more sine waves you have, the preciser square wave you will get. 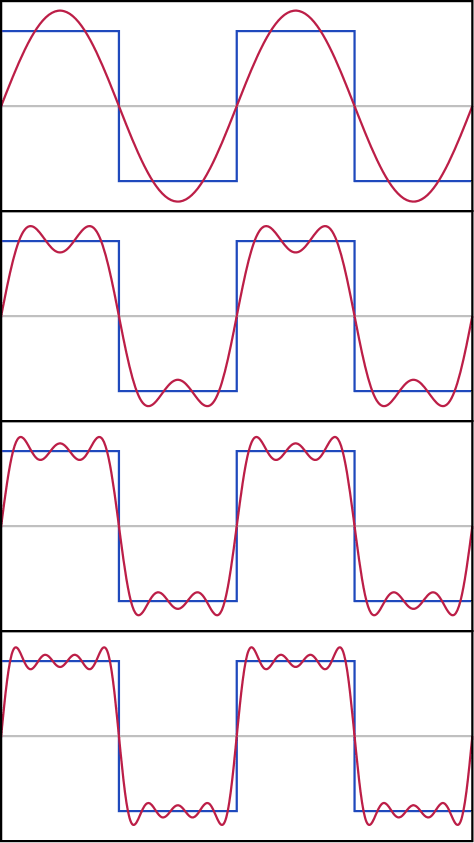 Then its trigonometric expression of Fourier series (sine-cosine form) is like:

And Fourier coefficients of $f(x)$ is: 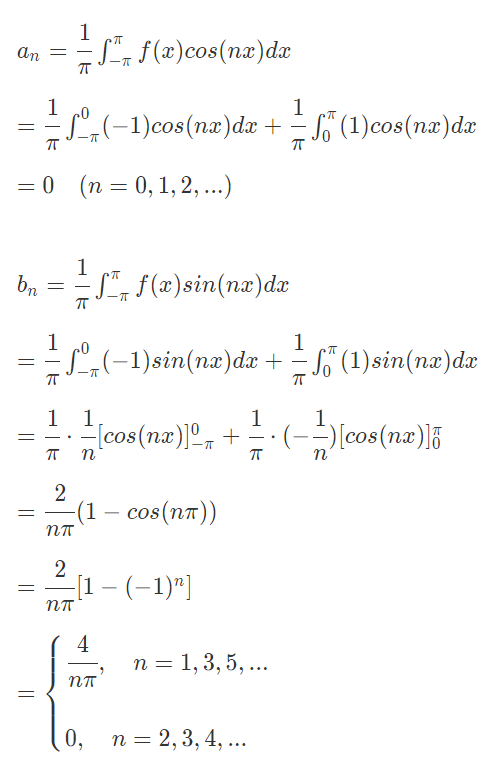 And the original Fourier series definition and detail explanation will be found in wikipedia.

Sums of lengths the first four terms, and showing how the approximation to a square wave:

Now to visualize this curve using React.
I have forked and refactored a sine visualization:

I will do the Fourier stuff on the basis of above code. 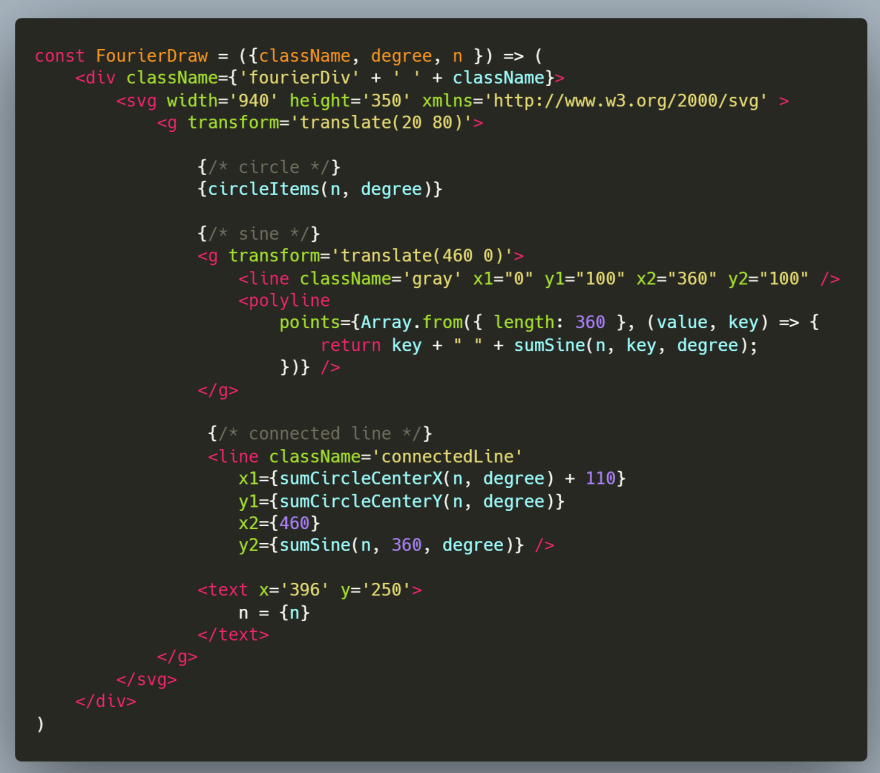 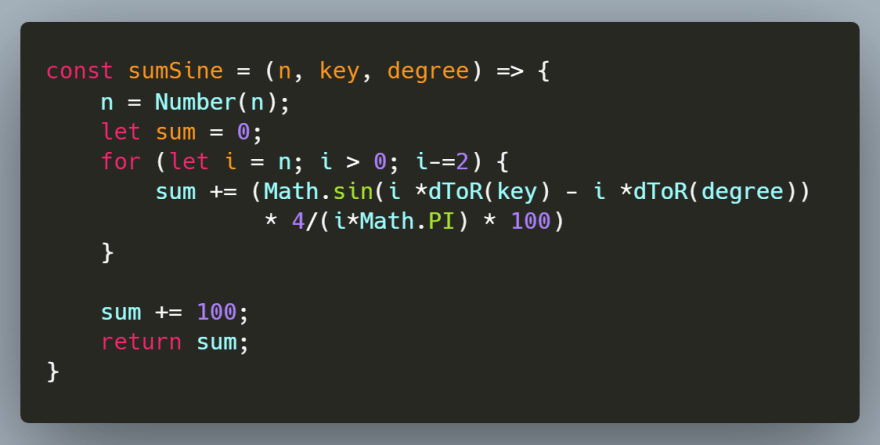 Still use React Hooks to update the data binded with Components: 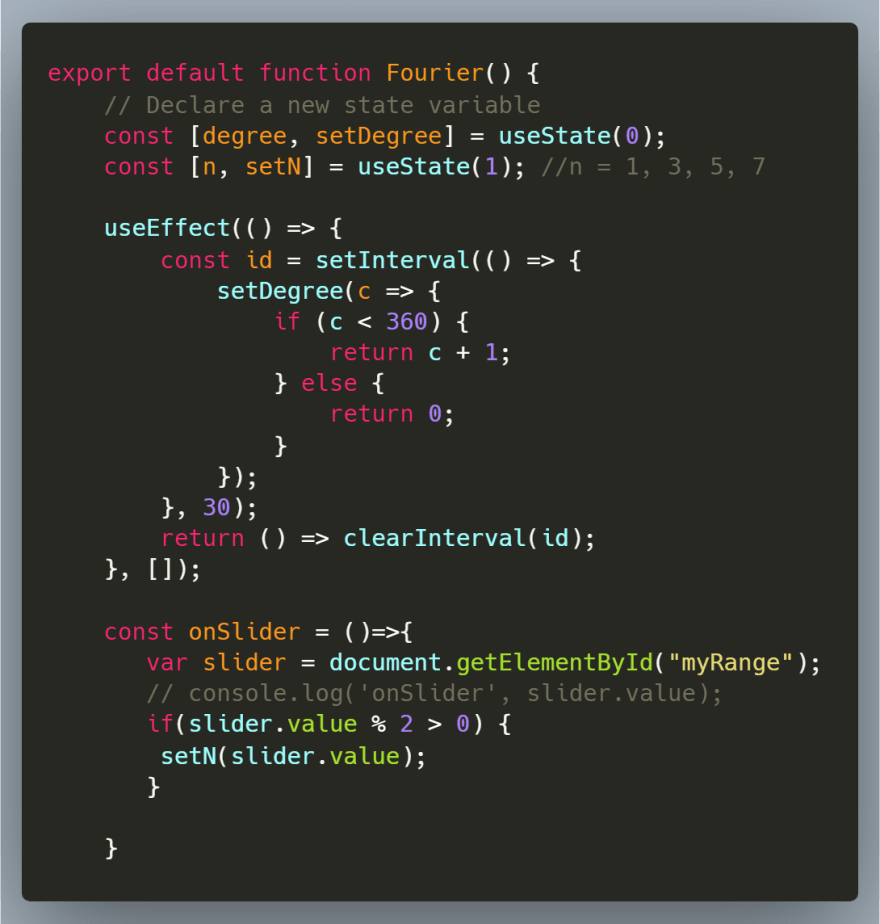 This demo and the Coding Druid series is open source here:
https://github.com/avantcontra/coding-druid

You can find more resources in my site floatbug.com.

You may buy me a coffee in my Patreon. There are many articles, patches, source code and some advanced Patron-only content there.

Also you can get some free patches/codes in Gumroad shop.

Your encouragement is my driving energy!