In other sections, I visualized Trigonometric function (Sine and unit circle) by MaxMSP, Python, JavaScript(React):

This time I use Unity3D to implement it.

In the Python version, the data visualization Library Matplotlib was used. With Unity I just draw it according to the trigonometric function algorithm.

Firstly, Let a point move with the Sine function curve.

Put a Sphere in the scene, and let its position.x increase at a constant speed, then position.y = sin(position.x).

Next, draw a path of the sphere moving along the unit circle.

Note that here, set the radius of the unit circle to 1, and set the period length of Sine to 2Pi. That is as shown in the previous sections, the unit circle shares a coordinate system with Sine.

Formula to drawing a circle:

The param t here, in fact is the position.x of the Sine in previous step.

Combine the Sine and unit circle:

In the previous articles, I drew the path of the curve to make it more clearly, such as Python:

I plan to be lazy with Unity.
Add the Trail Renderer directly to the two spheres, and let them draw path trail effect themselves.

Well, The default trail is a bit strong...

OK let's change it. After searching trail in the Unity Assets Store I find a free good track effect： 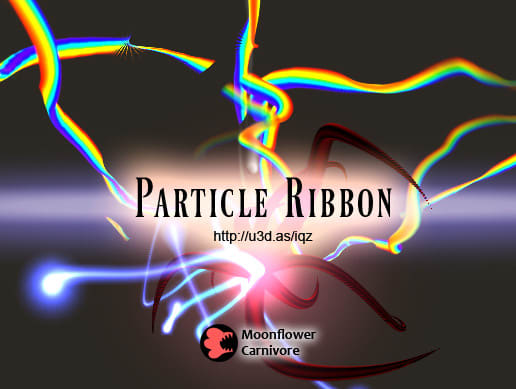 After installation the asset there are a lot of effects. Then pick a material by liking:

Attach the material to the Trail Renderer.

In the released source code, I added Trail Renderer to an empty GameObject and moved with the sphere. I didn't add the track directly to the sphere. There is no special reason, just practice of Unity newbie.

This demo of the "Coding Druid" series is open source here:
https://github.com/avantcontra/coding-druid

You can find more resources in my site floatbug.com.
Or you may buy me a coffee in my Patreon. Your encouragement is my driving energy!

How to extract Assets from Unity APK

Once suspended, avantcontra will not be able to comment or publish posts until their suspension is removed.

Once unsuspended, avantcontra will be able to comment and publish posts again.

Once unpublished, all posts by avantcontra will become hidden and only accessible to themselves.

If avantcontra is not suspended, they can still re-publish their posts from their dashboard.

Once unpublished, this post will become invisible to the public and only accessible to Contra.

Thanks for keeping DEV Community safe. Here is what you can do to flag avantcontra:

Unflagging avantcontra will restore default visibility to their posts.