Hello Everyone, in this article we will

Hope you guys are ready with prerequisites before starting further steps. Lets get started.

Verify the web app is created properly by running the application and navigating to the below route.Once done you will be able to see whether report as response.

OK, now we have our web app ready let us add docker support to our app.

Right-Click on the project WhetherForecastAPI then click on add select Docker Support. 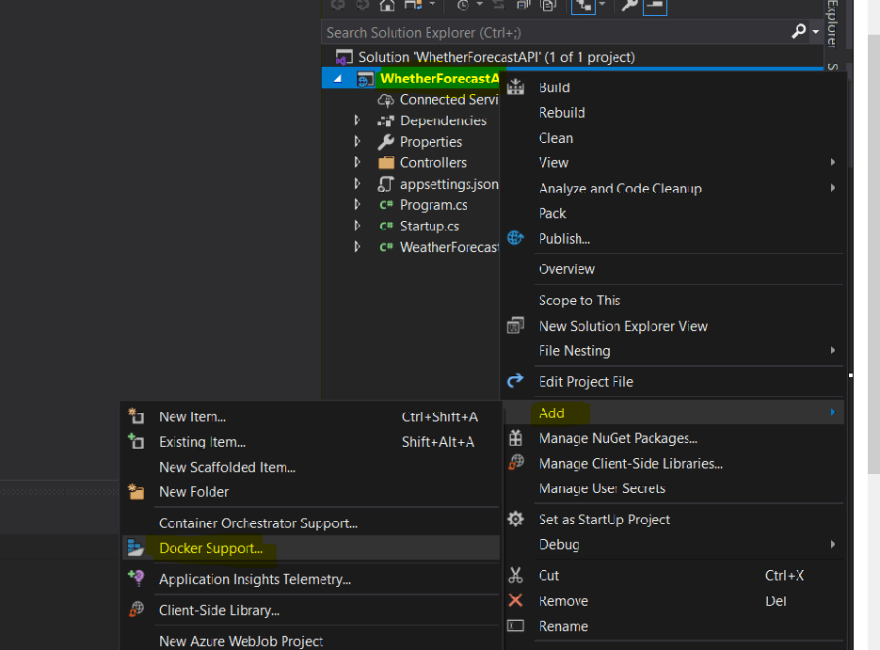 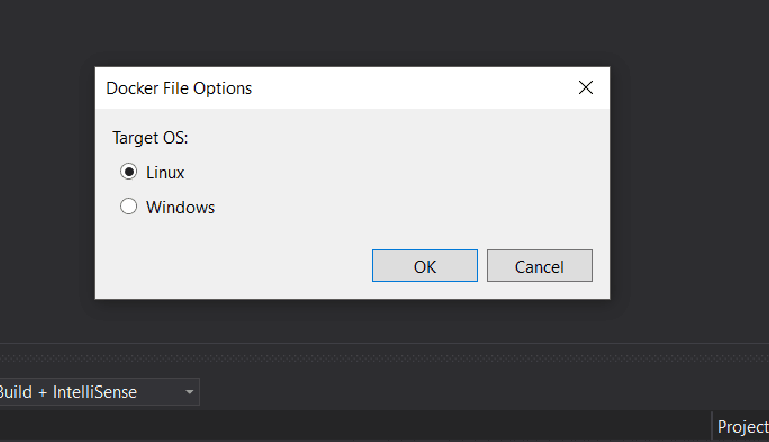 Once you add docker support to your project visual studio is going to add two new file in solution i.e Dockerfile and .dockerignore.
Along with the package reference "Microsoft.VisualStudio.Azure.Containers.Tools.Targets"

Now that we have added docker support to application.

Developer will not create image directly in first go and publish it.
They will make changes in their code several times by debugging. Hence in next step we are going to see how we can debug our app.

It is as simple as we debug our regular application.Select Solution configuration as debug and Docker in place IIS Express as shown in the below image.

Once we run, visual studio will create the image of an application and runs that image in a local container.Application will run in your browser just put the break point and debug as normal application.

As of now our application will be running as image which is tagged ad
dev for example whetherforecastapi: dev

Once you are done with your changes, next step is to create a latest image of an application for release. In order to that select Release from Solution configuration as shown in below image.

As soon as you run the application latest image will be created and which is ready to publish.

Run below command to see the created image.

As mentioned in prerequisite you should have docker hub account. Login to that account and create repository in Docker Hub.

Login in command line to tag that repository to your image and push that image to docker hub.

To tag your image to docker hub repository

Publish your image to docker hub

Yes, We have successfully pushed the image in to docker hub and if we made our repository as public then anybody can access that by pulling that image.

Hope you guys enjoyed it.

The Cost of Production Blindness

Once suspended, avinashth will not be able to comment or publish posts until their suspension is removed.

Once unsuspended, avinashth will be able to comment and publish posts again.

Once unpublished, all posts by avinashth will become hidden and only accessible to themselves.

If avinashth is not suspended, they can still re-publish their posts from their dashboard.

Once unpublished, this post will become invisible to the public and only accessible to Avinash.

Thanks for keeping DEV Community 👩‍💻👨‍💻 safe. Here is what you can do to flag avinashth:

Unflagging avinashth will restore default visibility to their posts.