This year has been so amazing, and I have done lots of stuff. So in this article, I am just gonna show everything that I did this year.

I was very new to coding, I knew a bit of HTML which I learned in school. I was watching youtube and randomly a video came in my recommendations about building a google clone with react and I started building it. I had never done CSS or React and jumped straight in to react. 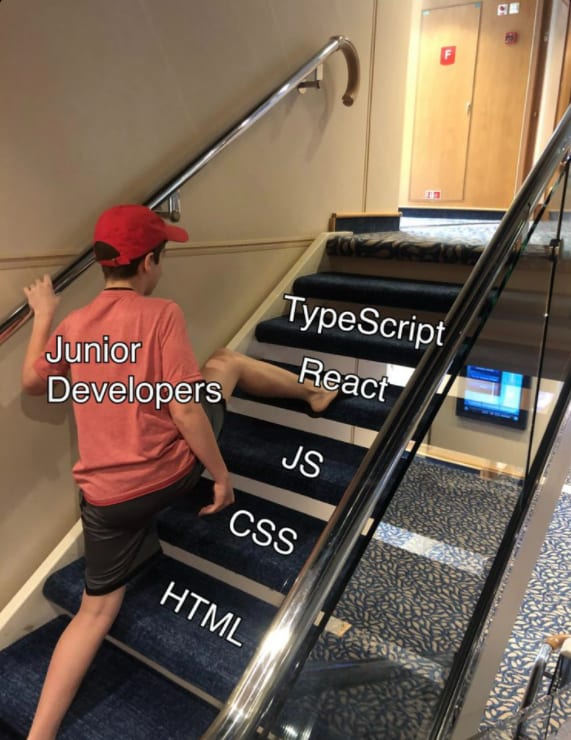 Participated in a 5 day React.JS Netflix Challenge. In this challenge, I got to make a Netflix clone, help so many amazing people and I also secured third place! With this, I joined the Papafam. I won the challenge but I didn't really know about what was react and was just coding things from tutorials. Simply, I was stuck in tutorial hell.

Started going through the course modules and learned the basics of React. It didn't make much sense at the beginning but it slowly began to make more sense. To get out of the tutorial hell I started building projects and the first one was a Todo App. I got stuck at various points but I asked some people for help and they helped very kindly :D. I was trying my best to get out of tutorial hell this month by building small projects on my own. Another app I built was a weather app. This wasn't very good but I got to learn about APIs, CSS and so much more! 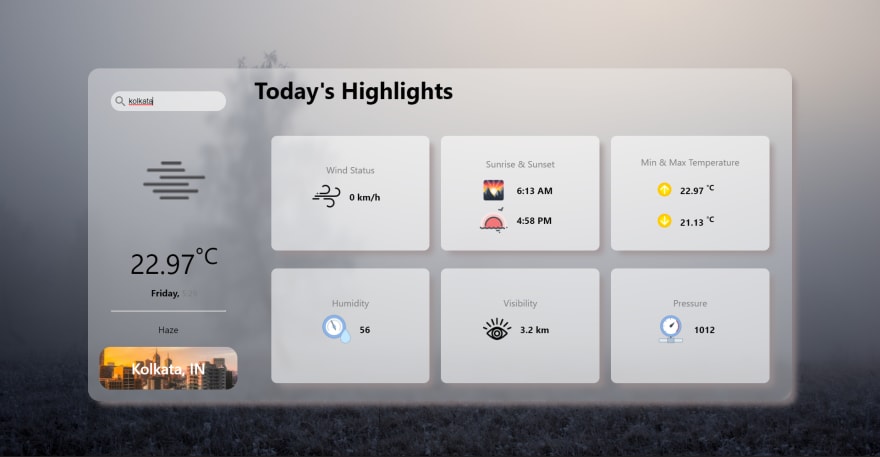 I started my first internship at StackFusion which was even paid! This was a 3-month internship and a good opportunity for me to learn new things. I also wrote my first article on Medium. A lot was going on at this time.

In May when I completed my first month at Stackfusion I was pretty tired because I was supposed to work for fixed hours every day and on the commands of someone else which was very new to me. On top of that, there was school 😭. But I kept on going 💪. I also wrote another article this month.

I completed 2 months at the internship and it wasn't as hard as the second month because I was getting used to the environment. I also started learning Next.js and migrated the site I built for the company from plain react to Next.js. At the end of this internship, I had completed this website. Pretty proud of how it came out :D. 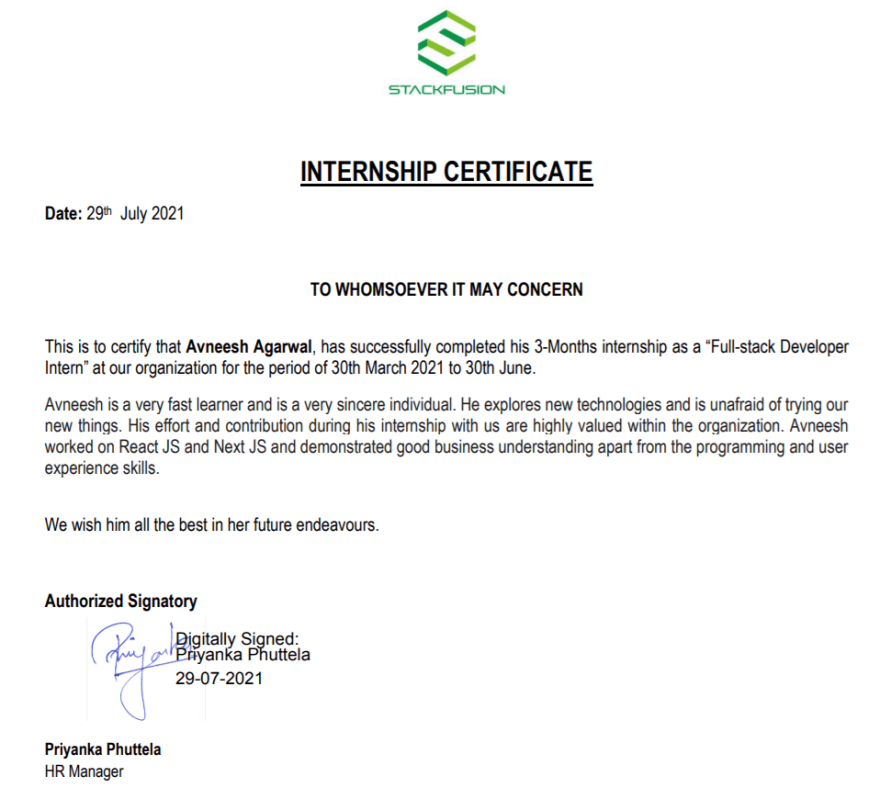 I also hosted a coaching call in the PapFam community, where I taught about converting a dribble design to a website with tailwindCSS. And in terms of writing, I wrote 5 articles this month which was quite a lot for me at that time!

At the starting of July, I was relaxing for a bit. Into the second week, I started messing around with some new tech and learning new things! During the 3rd week of July a friend of mine, [Usman Sabuwala](https://twitter.com/MaxProgramming1

) told me that there is a hackathon being organized by Hashnode and Clerk.dev. So I thought why not give it a try! I started seeing what is Clerk and wrote an article about it too. Finally, I made ChatCube in about a week and it was the winner of the hackathon! 🎉 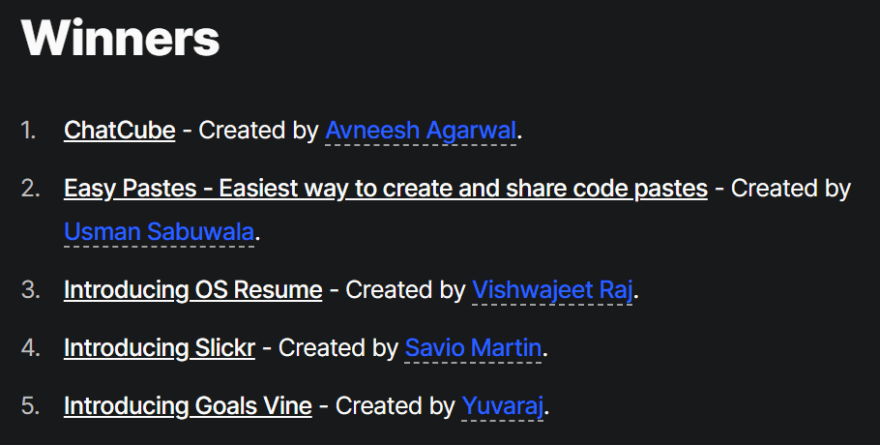 In August I participated in another hackathon where Voyagger was born. I didn't win the hackathon but in the process of building it, I learned a lot and also got some amazing content for my blog! This was one of my most productive months and I managed to write 13 articles this month! 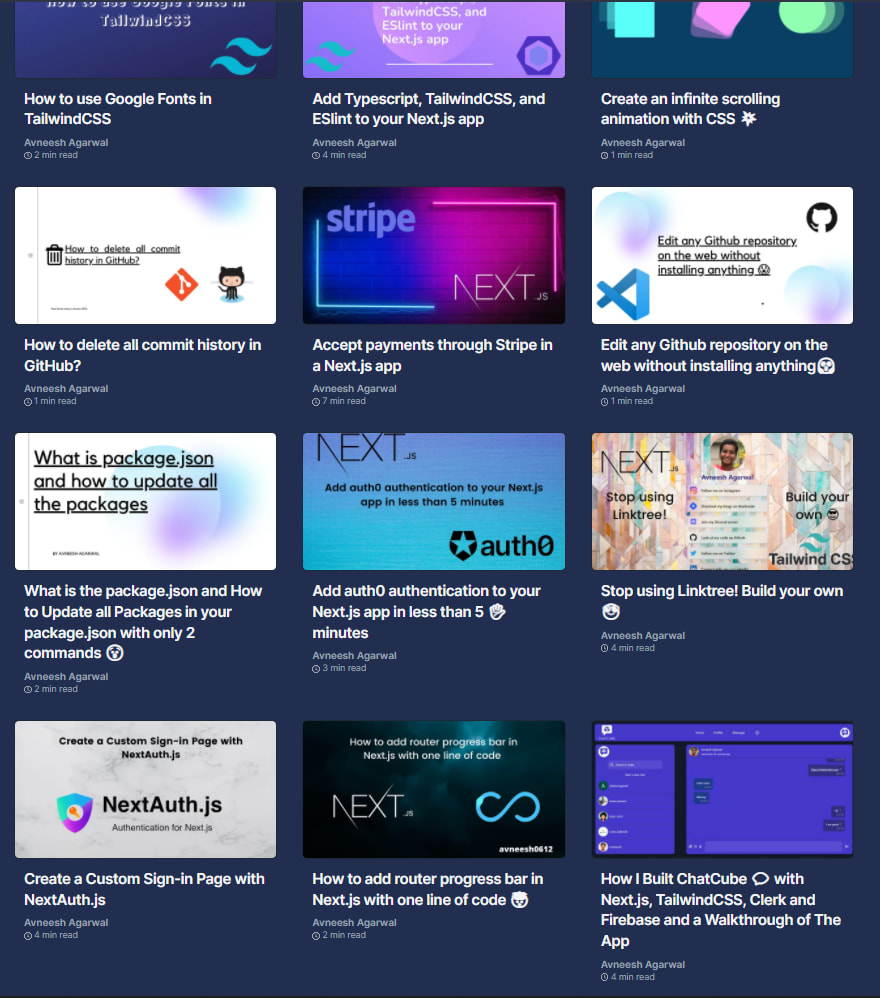 In September I started to create a new portfolio for myself from scratch with Next.js, TailwindCSS, typescript, and more fun stuff! In September hashnode was also organizing a BootCamp where I wrote 8 articles and learned so much more about technical writing! I also started to do some freelancing this month because I was getting quite some offers and I wanted to see how it feels doing freelance.

In October I was doing a big freelancing gig with my friend Sahil Pabale which was almost a month long. In parallel with this gig, I also took some small gigs on an hourly basis when I got time! Since October I also started to get more into open source especially due to hacktoberfest! I also won the OSS Symposium organized by Hashnode!

In November I was feeling a bit burned out and I also had my school exams 😬. So I didn't get much time to code but I somehow managed to write 3 articles to keep my mind fresh and keep it going! A good thing about this month was that I made a lot more open source contributions than I usually do. I would like to give Eddie Jaoude a special mention for this as he and his community have inspired and helped me a lot with OSS.

After my exams, I was back again! I decided to update some of my old side projects and make them better. I also made a sponsors website for myself which Denin Paul designed for me! 🤯. December was probably one of the months where I was most active on Twitter, so pretty proud of that! I also managed to write 8 articles this month which was pretty good in front of 3 😆.

Overall, this year has been great for me. Hope it was amazing for you too! Merry Christmas and a Happy New year!

See ya next year ✌️🎉

Enhancing RESTful APIs with GraphQL's Expand and Only Concepts

Avneesh Agarwal
I am a fullstack web developer. I love to make beautiful websites and also teach others how to make them by writing blogs.
Sign In with Solana - Authenticate Users with their Phantom Wallet
#solana #web3 #thirdweb #auth
How to support multiple chains in your thirdweb Dapp Build A Mutant Ape Yacht Club (MAYC) NFT Collection Clone
#thirdweb #web3 #nextjs #solidity

Once suspended, avneesh0612 will not be able to comment or publish posts until their suspension is removed.

Once unsuspended, avneesh0612 will be able to comment and publish posts again.

Once unpublished, all posts by avneesh0612 will become hidden and only accessible to themselves.

If avneesh0612 is not suspended, they can still re-publish their posts from their dashboard.

Once unpublished, this post will become invisible to the public and only accessible to Avneesh Agarwal.

Thanks for keeping DEV Community 👩‍💻👨‍💻 safe. Here is what you can do to flag avneesh0612:

Unflagging avneesh0612 will restore default visibility to their posts.