Below is sample HOC withTheme and obviously the code received the component, insert the theme data and return decorated component. Annotated or attached the HOC to the class component is called meta-programming using typescript decorator.

Meta-programming is a technique by which you can modify the code dynamically at runtime. 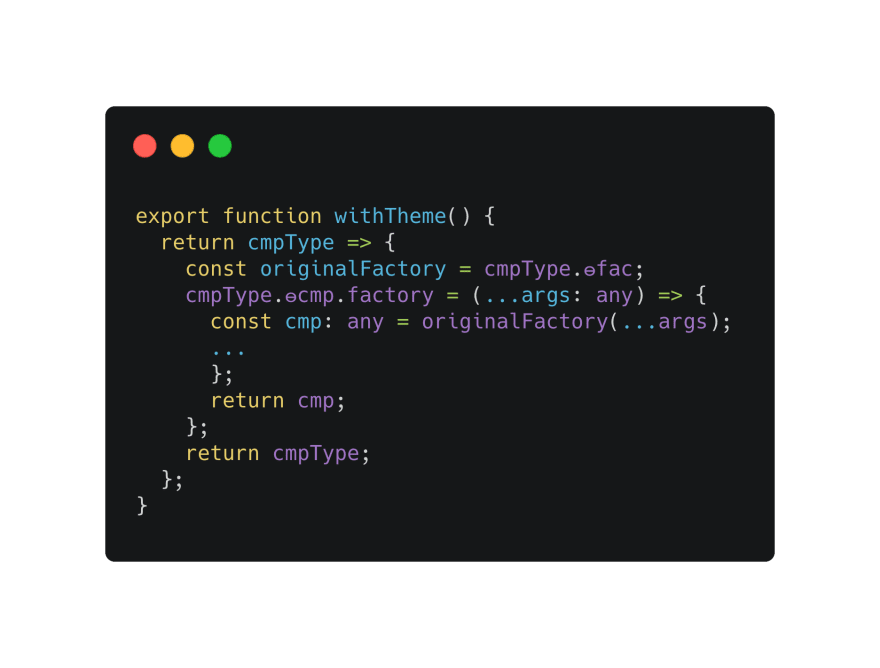 And below is the HOC usage 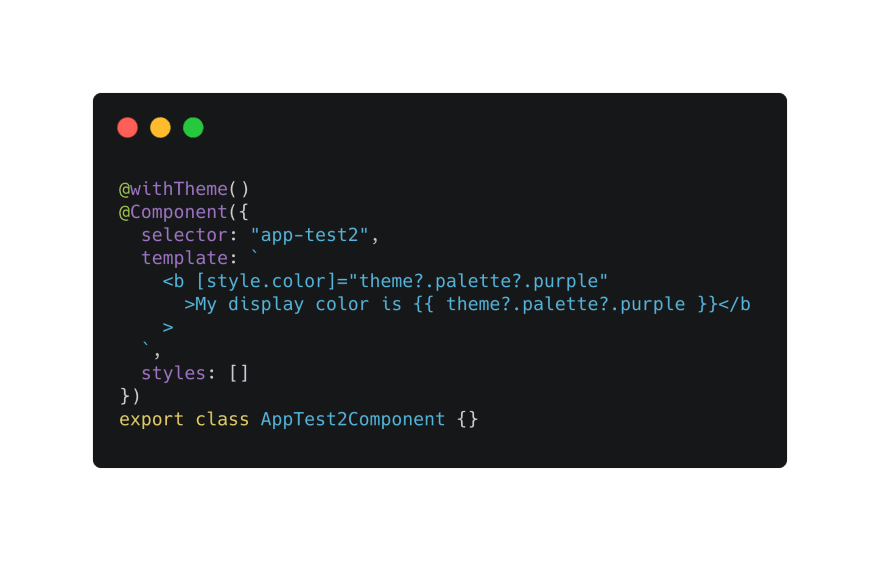 Ivy is enabler, it enabled HOC and Meta-programming. Be creative, there's so many use-cases can be cater by HOC. 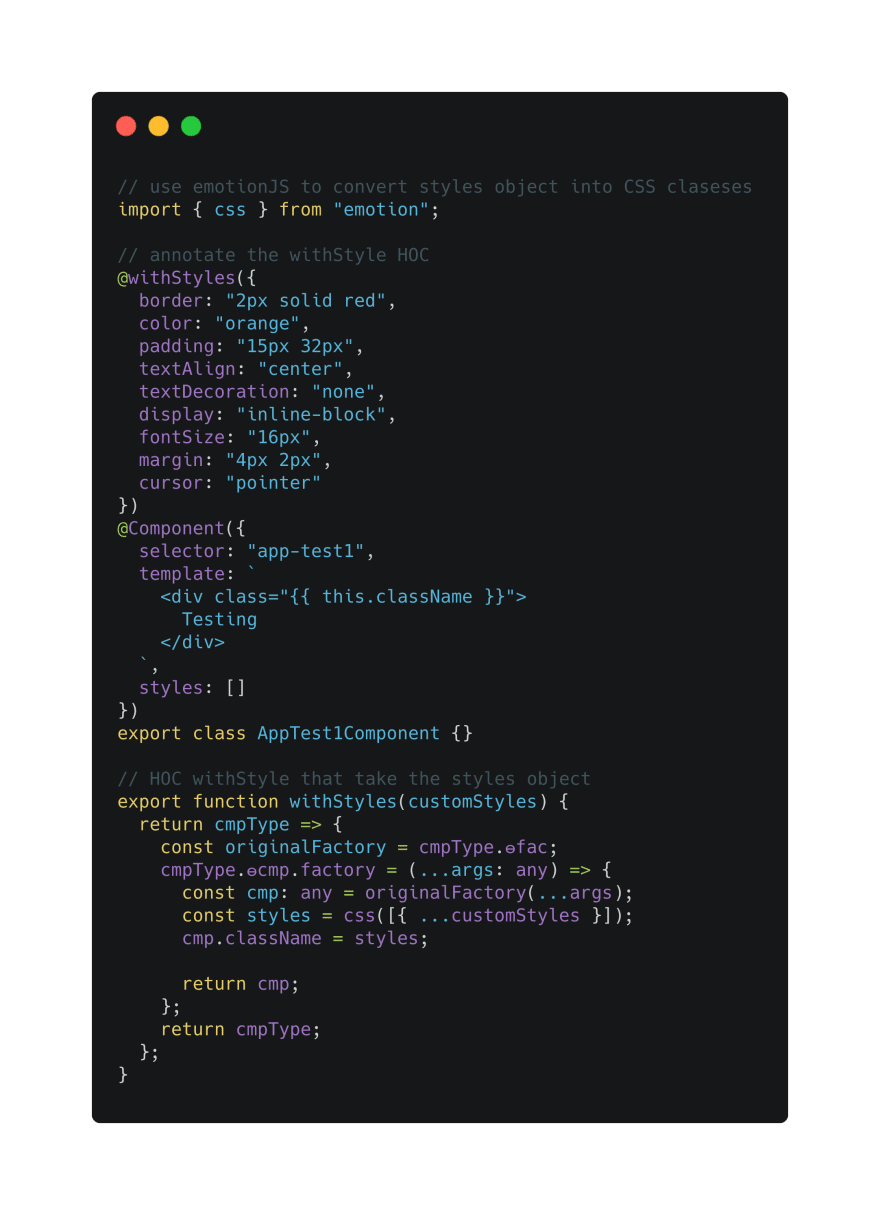 And here is some ideas:

return auth data if user have been authenticated

Once suspended, aziziyazit will not be able to comment or publish posts until their suspension is removed.

Once unsuspended, aziziyazit will be able to comment and publish posts again.

Once unpublished, all posts by aziziyazit will become hidden and only accessible to themselves.

If aziziyazit is not suspended, they can still re-publish their posts from their dashboard.

Once unpublished, this post will become invisible to the public and only accessible to Azizi Yazit.

Thanks for keeping DEV Community 👩‍💻👨‍💻 safe. Here is what you can do to flag aziziyazit:

Unflagging aziziyazit will restore default visibility to their posts.