Interested in Kotlin? 3 things you can do right now: 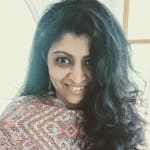 The inthirtyseconds tag challenges you to explain a concept in 30 seconds or less. So here goes - a visual guide to Kotlin! Did you scan it in under a minute? I bet you learned something too - I call it a win! 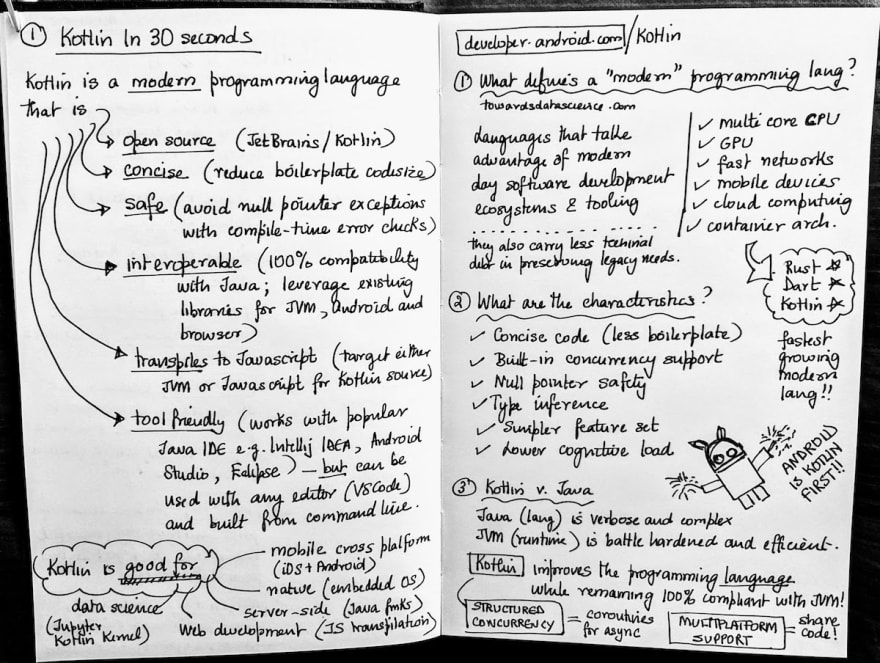 Kotlin is good for:

It is also the preferred programming language for Android

So what is a modern programming language? This article explained it best; it's one that takes advantage of modern day software development tools, techniques and ecosystems including:

As a result, it incurs less technical debt (to sustain legacy code) and demonstrates productive characteristics like:

Kotlin is one of the fastest growing modern programming languages (alongside Dart and Rust). Two signature features include its structured concurrency (coroutines) and ability to share code across targets (multiplatform).

Android is now Kotlin-First making Java the secondary choice for development. So how does Kotlin relate to Java?

That's probably more than 30 seconds worth but I hope it was useful. Questions or comments? Leave them below - and keep checcking back for updates!

Mini Portfolio: Bring Your GitHub Profile To The Next Level