As a society we tend to focus on titles and roles, and we forget that behind each title there is a person who has a story to tell. And truly every person’s story is unique.
In honor of International Women's day, we interview inspiring women from the community on the story of how they got into Tech, and where they are today.

In this post, I interview Sanja Jovanovic who is based in Vienna, Austria. 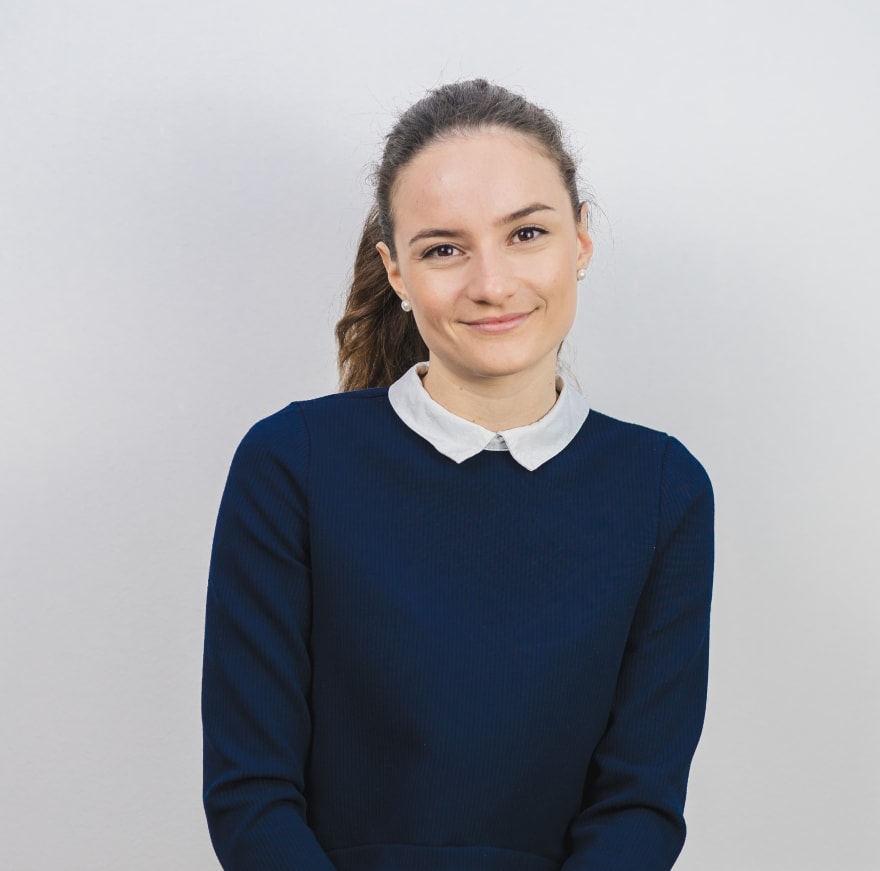 Hi there, my name is Sanja and I’m a Cloud Solution Architect at Microsoft. Sounds interesting, right? And that’s exactly what it is 😊.

How did you end up in tech?
That’s a great story – by accident I’d say. In my senior year at high school I ended up managing our capstone project, which I really enjoyed. I decided to study project management and moved to the capital of Austria, Vienna.

First week at university I had object oriented programming and thought I was in the wrong movie, as I actually thought I’d be focusing more on the project management part.

Long story short, it was a big change for me, but I liked it – I was able to write some simple programs on my own. There has been a lot of frustration in-between but the pride and satisfaction when something worked was incredible. I started to focus more on the IT related subjects during my Bachelors and I worked in several different departments alongside my studies to build up a diverse set of software development experiences.

In my last semester I applied for an internship at Microsoft and it was an incredible adventure being part of the so called “Developer Experience” team, which focused on interacting with the Developer and Startup community. After this, I began my master’s program in Information Systems and enjoyed 2 years in an international community with people from all across the world, which I’m very grateful for.

I went abroad for an exchange semester to the Carnegie Mellon University in Pittsburgh, Pennsylvania where I could engage in several tech projects including IoT an data mining. When I came back to Austria, I only had my Master Thesis left to do, and I really wanted to focus my research on an area that interested me and where I saw myself starting my professional career.

During the first semester at my Master’s Program I had a data mining class which was challenging at first – a new field, no experienced developers nor mathematicians - only the three of us in the team which were at a similar skill level. It turned out to be an incredible opportunity for me. I spent a lot of time studying the topic so that in the end we could deliver a great project all by ourselves. Obviously, I like the feeling of being challenged and the satisfaction of achievement afterwards. So I focused on machine learning for my Thesis (and now also for my job).

Since my internship at Microsoft was great, I decided to apply for a job. And here we are 😊. Through this year and a half at Microsoft I could learn so much, both from customer engagements but also from different peers alongside my career.

Tell us more about your current job – e.g. what do you like most about your role?
As a Cloud Solution Architect, I have the privilege to work with enterprise customers in Austria to find the right services and tools to fulfill their needs. In other words, it’s an advisory role supporting in the design of an architecture, but also involves hands-on workshops and hackathons where we work together on a solution. It’s insightful, sometimes challenging and mostly a lot of fun.

Who were/are your biggest supporters in your career?

When looking at which people influenced me, I’d say there are a couple of them but without my team and manager at Microsoft I would not have been able to land as fast in my role or learn so much.

What do you do in your free time?

I like to go hiking or skiing / snowboarding and I like to travel. When traveling I love to just walk around the city, exploring small streets and cute cafes (yes, I’m a coffee addict 😉).

What advice will you give to womxn and girls who dream about a career in tech?
Learning is a lifelong opportunity for everybody and it’s important to embrace it and not to shy away from it due to insecurity. As a good friend of me always says “everyone puts on their trousers one leg at a time”. I often had the feeling I lacked in experience and expertise but in the end, this is something that you gain through different situations in life and not something that happens overnight.
My advice is to be open to new connections, attend different events and speak to people from different areas – there’s always something to learn. Embrace it and be proud of your achievements!

Are you prepared for an unconventional career path?