Unit testing is an essential part of development and programming these days, and within the PHP community, the most widely adopted is PHPUnit.

I've seen various unit testing libraries and frameworks come and go over the years but PHPUnit seems to be the one that resonates most with me and is now pretty much my unit testing framework of choice.

During that time I have also tried a bunch of mocking frameworks, everything from the standard PHPUnit Mocking Library to Mockery, but my favourite is Prophecy, not only because of its simplicity to use but also because it ships as part of PHPUnit itself.

Before we jump into testing we need to make sure that we are on the same page, we need to mention dependency injection which will enable us to test our code in isolation.

What is Dependency Injection?

When running our tests, we will often be testing units of code that are dependent on other units of code within a project, these dependencies are usually injected into our classes using dependency injection which enables us to test in isolation.

In this example we have a PizzaMaker class which is responsible for making Pizza, however you will see that when we call makePizza() we are creating the new Pizza and then passing what we have created into the save() method of a PizzaRepository()

The PizzaRepository class deals with persisting the Pizza to the database, and for this reason, it has to send a request to a database to store this information.

When we are running our tests, in most cases we want to avoid hitting the database, if we don't then our test suite will becoming reliant on our database connection and will slow down our tests.

This isn't so much of a problem when you have one or two tests, but when you have thousands you could be waiting 20 minutes for your entire test suite to run.

You may be sat there wondering why waiting this long for slow tests is a problem? Well, it's because we want very fast unit tests so that we can have a fast feedback loop in the red, green, refactor cycle.

If you're waiting a long time for tests to pass then you simply won't run them, and you certainly won't adopt TDD to drive out the design of your code.

Let's have a look at the PizzaRepository in our example, this is usually the class that is making calls to the database, however, in this case, we are using sleep(3) to simulate a slow call to a database.

Also, just to note, I know the database wouldn't usually take 3 seconds to save a record, I am just using this as an extreme example of slowing down our test suite so we can see the difference clearly with just one test.

Next, let's create the best type of pizza in the world and create a simple test to make sure that we can create a Pizza using the makePizza() method on the PizzaMaker class.

Next, we need to use this fast feedback loop, let's run our test suite and make sure everything is working correctly and that our test is green. 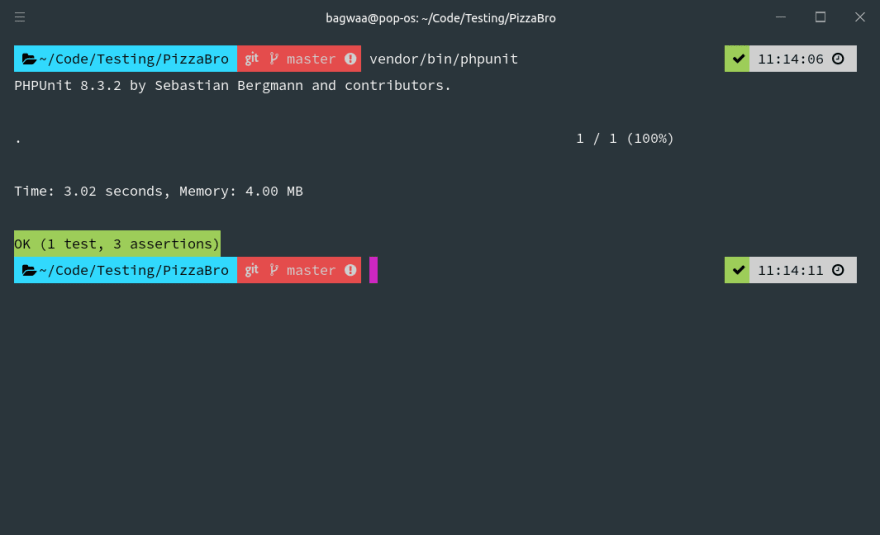 Victory! it passed! - however, let's not get the champagne out just yet, there is a big problem with this test, take a look at the time it took to run this one single test alone.

It should be pretty obvious at this point that by running our test we are also calling the save() method on the PizzaRepository class which is very slow.

What is a mock and why do we need it?

A mock is used when we want to replace a dependency of a class that we are testing, in our example above the test is running so slow because we are indirectly calling the save() method on the PizzaRepository class which contains a sleep(3)

We simply need to replace this dependency with a mock, that looks and probably acts the same, but doesn't save anything to the database or have that horrible sleep(3) call inside it.

Creating a mock with Prophecy

All we need to do is create a mock of the PizzaRepository dependency and then pass that into our PizzaMaker class when we are testing, let's refactor our test a little bit to show how this would look.

Before we run the test again to see the results, we have a few things to talk about here since we have added two extra lines of code and modified a third.

On the first line of the test, we added:-

This will create a new mocked instance of PizzaRepository, it will look the same, however, all the methods on this mocked class will do nothing when called, this includes the slow running save() method which will just return null in this case.

On the next line, we are setting some expectations, we don't care if the PizzaRepository actually saves the data, all we care about is that it is asked to save the data correctly.

Here we are setting some expected behaviour on our mock, something that we expect will happen to it when we run our tests, if these expectations are not met, then the test will fail.

In this example, we are setting the following expectations on the mocked PizzaRepository object.

The final modification to the test we make and the most important one is to change how we construct our PizzaMaker within the test. Since we have been clever programmers in our code and used dependency injection, this is easy.

Previously, we were constructing the PizzaMaker as follows:-

We were injecting the real PizzaRepository class, perfect for production, but not so good for testing.

Okay, so let's replace the PizzaRepository in our test with the mock one we created and set some expectations on earlier.

Simple! however, you might be wondering what that reveal() call is, we never created that did we? where does that come from?

If we dump out the class type of the $repository object without the reveal we see the following:-

And let's take a look at what we get back when we do the same but adding the reveal() call.

Okay, this is interesting, we have a class of Double\App\Repositories\PizzaRepository\P1 but where does that fit into everything? what is it?

Let's use the PHP Reflection class and do some more digging to see if we can figure out what's happening here.

Aha! so the parent of the Double is string(32) "App\Repositories\PizzaRepository" which is why our PizzaMaker is happy to accept this through dependency injection.

Okay, enough of this digging around in the weeds, let's run our test. 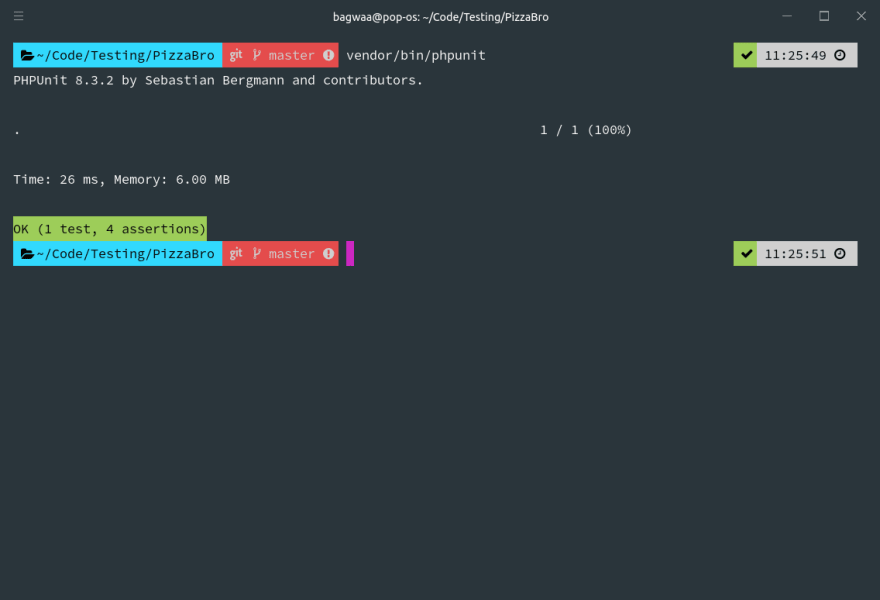 See how much faster that is? 26 ms versus over 3s when we weren't mocking it.

This is just a really simple example of a mock, we can also create different types of mock classes which I will go into in another post.

Should we mock everything then?

The simple answer here is no, and it's quite easy to feel the temptation to mock everything, but it's not a good idea.

For example, if you are testing a class which has a dependency which does some string manipulation, then I would generally just pass in that object if its simple and doesn't touch any 3rd party services or the database.

Just because you can mock it doesn't mean you should, sometimes just passing in an instance of a simple dependency is fine.

Also, be careful not to end up mocking the very class you are testing, this might sound obvious but you should only mock dependencies, I have seen developers who are new to testing attempting to mock the class they are trying to test, obviously there isn't much value in doing that.

Do what helps you sleep at night

As always, how much mocking and testing you do is largely up to you, don't try reaching for 100% coverage and don't mock every single dependency, just do what helps you sleep at night and use some common sense.

Testing your Amplify Application with Jest and Cypress

Richard Bagshaw
Junior Developer Since 1996 @bagwaa
Algorithm explained: Levenshtein edit distance
#computerscience #nlp #tutorial #php
The best keyboard I ever had for coding
#watercooler #webdev #productivity #hardware
The five SOLID priciples and why you should use them in your codebase
#codequality #webdev #php