Linux is great OS, but it's default behavior is usually optimized for servers. Since more and more developers use it as theirs main operating system, I thought that it would be nice to share several useful daemons that will make this experience a little bit smoother.

The irqbalance source tree - The new official site for irqbalance

Irqbalance is a daemon to help balance the cpu load generated by interrupts across all of a systems cpus. Irqbalance identifies the highest volume interrupt sources, and isolates each of them to a single unique cpu, so that load is spread as much as possible over an entire processor set, while minimizing cache miss rates for irq handlers.

Irqbalance is currently hosted on github, and so developers are welcome to use the issue/pull request/etc infrastructure found there.

When something goes wrong, feel free to send us bugreport by one of the ways described above. Your report should include:

What does the description above mean in practice? Suppose we are running Intellij Idea and it decides that it is a good time to update indices - right in the middle of the compilation process while we are watching a nice film or peertube video.

The irqbalance daemon will try to keep that "heavy" process as far away from our video thread as possible. This means that despite cpu overloading the system won't "hang": the cursor will be me responsive and the video will continue playing.

Nice thing to have, right?

Starting from Linux kernel v5.6, the HAVEGED service has become obsolete. The userspace application as well as the haveged library are not affected. There are two main reasons for that:

I'm happy that these changes made it into the mainline kernel. It's nice to see that the main idea behind HAVEGED has sustained time test- it was published already in 2003 here.

I'm also glad that the HAVEGE algorithm is being further explored and examined - see the CPU Jitter Random Number Generator.

I will keep maintaining HAVEGED - there are a couple of reasons for that:

In linux we have two random generators:/dev/randon and /dev/urandom. The first one is really fast, but it is predictable: one should not use it for any security-related things. The second one is more reliable, but can be very slow sometimes.

The reason for that is that the kernel must collect enough entropy from outer sources (like CPU temperature, fan rpm and so on) to give you a truly random number. Even in a long time after boot the system may run out of entropy and processes will have to wait until there will be enough of it.

I faced this several times, for example when I tried to connect via ssh right after the system booted. The process have just "hung".

To avoid this kind of issues you may install haveged daemon. It uses additional algorithms to faster fill the entropy device and ensures that there is always enough of it.

Due to the architecture of SSDs, theirs memory chunks are "wearing out" when they are accessed. So it is a good idea to redistribute a load evenly between all chunks. To accomplish this we have to shuffle the data on the drive periodically.

This operation is called TRIM and it can seriously prolong the life of your drive. More details and instructions can be found here

The oom-killer generally has a bad reputation among Linux users. This may be part of the reason Linux invokes it only when it has absolutely no other choice It will swap out the desktop environment, drop the whole page cache and empty every buffer before it will ultimately kill a process. At least that's what I think that it will do. I have yet to be patient enough to wait for it, sitting in front of an unresponsive system.

This made me and other people wonder if the oom-killer could be configured to step in earlier: reddit r/linux, superuser.com, unix.stackexchange.com.

As it turns out, no, it can't. At least using the in-kernel oom-killer In the user space, however, we can do whatever we want.

What does it do

Remember when we decided to launch Intellij Idea while watching a video? Let's imagine that we have only 8Gb of RAM - the amount that is totally insufficient for this (ARGH!).

The Idea's JVM will first eat all Xms then all Xmx RAM, then we'll extend Xmx it up to 6Gb, but there is also a PermGen storage eating space and a movie and also you might want to run browser. The result is simple - we are terribly running out of memory.

In cases like this, linux has a special mechanism called OOM-killer. When things goes bad like in the example above, linux just finds the most "greedy" process and kills it, so that other processes stay safe and alive. If it's not done than the computer will always be running "heavy" request that it is unable to satisfy and there will be no resources for anything else: the system will just hang.

So, OOM-killer is your friend. The problem with it: it usually comes too late. The linux will fist try to move all your memory chunks to swap partition on disk drive and from that moment your desktop environment will freeze and whole system will become unresponsive. Much later, when linux ensures that there is only one way left, he'll call for killer. And unfortunately this behavior is not configurable (but you can call it manually, refer to the next section).

earlyoom can help you in this case. From docs:

earlyoom checks the amount of available memory and free swap up to 10 times a second (less often if there is a lot of free memory). By default if both are below 10%, it will kill the largest process.

Well, technically it is not a daemon at all, but it still fits the list of "preventing your systems from becoming unresponsive" tricks.

Missing Ctrl+Alt+Del from Windows? It is a life-savior when things gone bad and we want to recover system somehow. In linux we've got a better solution, but you have to enable it first. 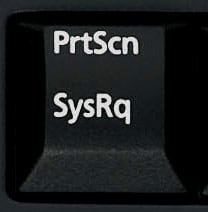 Remember strange SysRq key on your keyboard? It is magical! No, really, we call a shortcuts that involves it Magic SysRq keys :). You have two ways to enable it:

After that the whole list of commands from section header link becomes available. The most useful ones:

These key combinations are handled directly by the kernel and will help you to recover (or safely reboot) if nothing else helps.

Daemon to ban hosts that cause multiple authentication errors

Fail2Ban scans log files like /var/log/auth.log and bans IP addresses conducting too many failed login attempts. It does this by updating system firewall rules to reject new connections from those IP addresses, for a configurable amount of time. Fail2Ban comes out-of-the-box ready to read many standard log files, such as those for sshd and Apache, and is easily configured to read any log file of your choosing, for any error you wish.

Though Fail2Ban is able to reduce the rate of incorrect authentication attempts, it cannot eliminate the risk presented by weak authentication Set up services to use only two factor, or public/private authentication mechanisms if you really want to…

Once I developed a web application at work and had a web server running in developer mode with logging all request. I forgot to turn it off before heading home and when I came back to an office in the morning - I was surprised! The log file was filled with tons of strange requests like:


Also, ssh log was filled with invalid authentication attempts. I notified our security expert and he confessed that it was he who scanned the network to find weak points :)

Anyway,I thought that this situation is dangerous - you can sit in Moonbucks drinking coffee and at the same time someone bruteforces your ssh password. To prevent this kind of attacks meet fail2ban.

This daemon monitors logs of various applications (apache, ssh and many more) for invalid auth attempts. If their count from one specific ip crosses the threshold, that ip is blocked using iptables rule for some time. Stay safe :)

Hope your enjoyed this (my fist) post. If you'll find any typos or mistakes - please PM me. If you have suggestions or something to add - leave a comment. Have a nice day!

Colima - How to use docker without Docker Desktop?

Understanding Linux and Its Commands

Once suspended, bemyak will not be able to comment or publish posts until their suspension is removed.

Once unsuspended, bemyak will be able to comment and publish posts again.

Once unpublished, all posts by bemyak will become hidden and only accessible to themselves.

If bemyak is not suspended, they can still re-publish their posts from their dashboard.

Once unpublished, this post will become invisible to the public and only accessible to bemyak.

Thanks for keeping DEV Community 👩‍💻👨‍💻 safe. Here is what you can do to flag bemyak:

Unflagging bemyak will restore default visibility to their posts.