We can define 2D Vector as Vector of Vector followed by N number of rows where each of the row is individual a vector. in other words 2D vector is almost similar to a array of vectors but the difference is only in the dynamic properties. 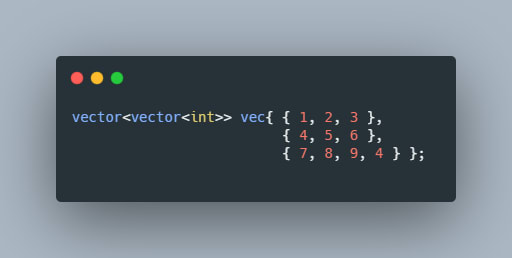 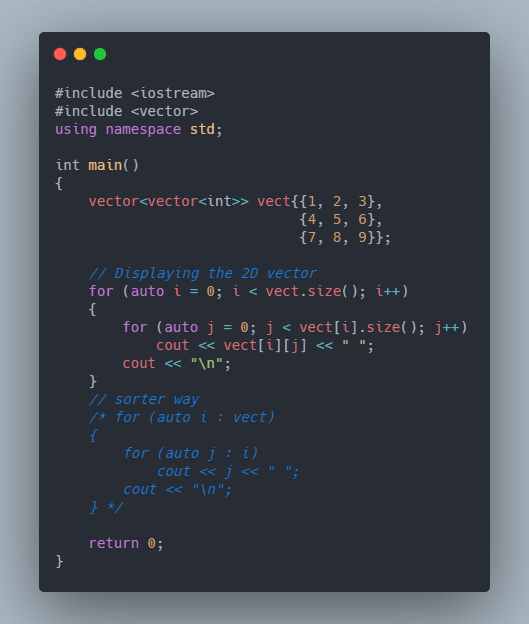 🎙 DEV hosts some podcasts that you can find on our Podcasts page.

Merge Sort, Its not hard!

Once suspended, bhavinvirani will not be able to comment or publish posts until their suspension is removed.

Once unsuspended, bhavinvirani will be able to comment and publish posts again.

Once unpublished, all posts by bhavinvirani will become hidden and only accessible to themselves.

If bhavinvirani is not suspended, they can still re-publish their posts from their dashboard.

Once unpublished, this post will become invisible to the public and only accessible to BHAVIN VIRANI.

Thanks for keeping DEV Community 👩‍💻👨‍💻 safe. Here is what you can do to flag bhavinvirani:

Unflagging bhavinvirani will restore default visibility to their posts.