I created this article way before having my referral link, so it's not a sponsored article.

However, if you apply using my referral link you are going to be marked as referred by me and I'm going to get discount on the program, so it's a wi-win!

What is the Microverse Program?

Microverse is a global school for remote software developers where students learn through remote pair programming and don't pay anything until they get a job.

This is one of the definitions that you find out when you Google (or DuckDuckGo) about what Microverse is. Another definition may be:

Microverse is a dimension that can be reached from the Earth dimension by shrinking with Pym Particles and thus compressing the person's matter to a certain point, thereby forcing it through an artificially created nexus into the other universe.

Even though those definitions are all fine, the first one does not fully describe the amazingness of what Microverse Pair Program really is.

If you came here interested to know my a review about Microverse Program, you are only allowed to go to the next section if you follow me on twitter 😛 @camfilho. (I'm joking, you can move on now).

A Little Bit of Context

Here is my story: I'm Brazilian and I joined Electrical Engineering School in 2012 at UFRN (Brazil). In the upcoming five years of undergrad studies, one of the 10000 things that I've studied was about programming and really enjoyed it 💛 (even though it was C/C++ the chosen language back the time haha).
Since then, I've always dreamed about working in the IT industry as a software engineer, but the university never really allowed me to focus on the necessary skills to work as a Dev. All the programming skills that I used back then were to apply on control, optimization, network analysis and so forth. Even after graduating, I started my master's program and I never really put 100% of me on studying the nuances of software development, until September of 2019. 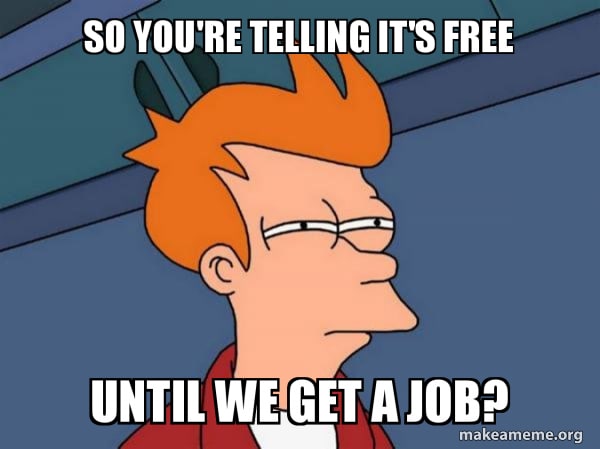 On August of 2019, I started to look around about the Microverse Program and got hooked by the premise of paying $0 upfront. What else did I want, learn the technologies that the industry is using on the and only pay when I get a job?!? I googled and DuckDuckGo about it, trying to discover more about it and trying to find some reviews of past students. However, I could not find much information. Basically, I noticed some posts on a few forums and the students' stories on Microverse's web page. I was a little bit worried about making this commitment to a platform that I barely knew. But I had decided that I if was going to dive deep into the software engineering world, I would have to be ready to study it full time! After that, I filled the first form and waited for their answer.

Hey, today it is 04/10/2020 and more than 1 year later I'm starting to write the second part of this article.I'm writing it because a lot of people contacted me to know more about the program.

In this second part I'm going to tell you if I finished the program and how I' doing so far. Spoiler alert: I got a job before finishing the whole curriculum.

First I applied on their web page Microverse

Since I had prior experience with programming, mostly learned at the university, I have skipped the prep course and went direct to the next step.

In this step, we had to record a small video talking a little bit about us and our motivation to study at Microverse Program.

Well, I'm a little bit shy to record my self or even taking a photo of me. Besides, my English conversation skills were a little bit rusty because I could not practice it every day. But once I made the commitment of entering the program, I recorded it and sent it to them without thinking twice.

The next day, I got accepted to move forward to the next step!

Since I am usually programming small things, was able to solve all the challenges that they assigned to me. All of them were at Hacker Rank's site, which was nice because this is a really good platform.

The goal here was to leverage our problem-solving skills rather than being picky in a specific language choice. We could use any programming language of our choice. I chose Python!

This part of the application process was really interesting. In the trials, I got paired with 3 other applicants and we built a collaborative project with each one of them. The goal here was to see whether we could adapt to the pair programming way of life. Also, they checked our English fluency level, our internet connection stability, and our microphone quality.

In this step, I had to strictly follow the pair programming methodology while on a call with my coding partner. First, each of us had to complete one coding challenge at Hacker Rank. After that, we pick one project among the list given to us. The process was simple: We chose an initial role (driver, navigator) and then we constantly changed roles while committing to a Github Repo. We had 4 straight hours to complete the project + the coding challenge, then repeat the process with the next coding partner assigned to us. 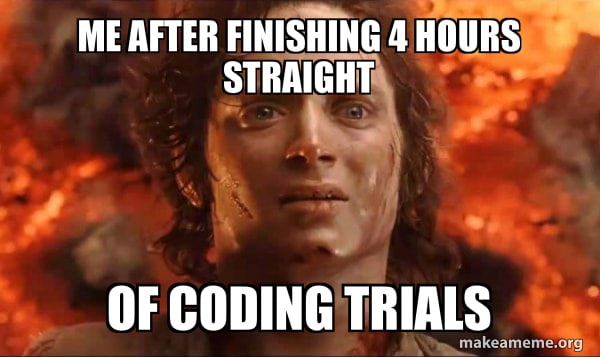 After going through all the steps, I received the amazing news that I was able to move forward to the next final level.
This step was simple yet the most important one: We had an acceptance call with the founder of Microverse Program and we had to carefully read the ISA agreement and send the required documents to them.

Congratulation that you got this far! If you have more question, please don't hesitate in contacting me @camfilho.

By the time that I'm writing this post, I am moving to the 4th week of the program. So far, I met incredible people from different cultures and regions of the world. We are in a constant sharing knowledge environment, where we not only learn about coding but also about being a world citizen. Of course, not everything is hunky-dory, we sometimes have to give in some initial ideas to the better of the group, especially when we are working with our coding partner. All in all, If you are interested in joining the Microverse Program, I strongly suggest you do it! Microverse staff is really helpful and they are in constant evolution. They really care about the students and, even better, you getting a job is also what they want, because we only pay when we get paid.

If you are still in doubt and want to know more about it, I'm writing the second part of this post where I'm going to talk about how it is a daily life of a microverse student, what platform we use to learn and how they keep track and take care of us.

Disclaimer: I'm not sure which step came first if it was the 'coding challenge' or 'record a video'.

[CSS design] I think about specifying z-index difficult to break

How GitHub Copilot can WET your code (especially as a beginner)