Continuing on with the trend of exploring esoterically named sorting algorithms, I bring to you a blog post on....smoothsort! I'm gonna be real with you. I was sold on the name the moment I learned about this algorithm.

Smoothsort is a sorting algorithm invented by Edsger Dijkstra. That name might sound familiar because Dijkstra is a notable computer scientists, known for his work on a variety of algorithms, including his famous self-named algorithm: Dijkstra's shortest path.

Heapsort is a sorting algorithm that works on a special data structure known as a heap, particularly a binary heap. A binary heap is a is a tree structure that meets the following constraints:

Here is an example of a binary heap that meets these constraints. 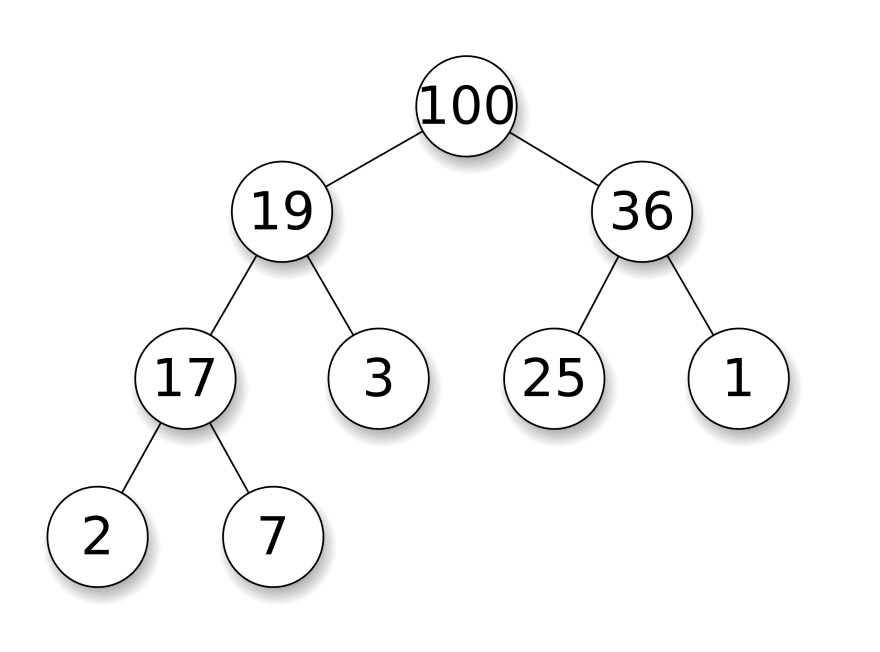 So, heapsort starts by generating a binary heap for some input array. To build the sorted array, heapsort picks the top-most node in the heap and adds it to the beginning of a sorted array. Then, the heap is rebalanced and another value is selected from the top. And so on, until eventually heapsort has run through all the elements in the list.

So most of the grunt work in heapsort is actually happening in the heap, specifically when it comes to building and rebalancing the heap as we extract values out of it.

Smoothsort is similar to heap sort with one key distinction. Instead of using a binary heap, smooth sort uses a Leonardo heap.

Before we dive into Leonardo heaps, we have to talk about Leonardo numbers. It feels like there's a lot of "before we...we have to..." in this blog post, but that's because smoothsort is quite a layer implementation.

Leonardo numbers are numbers that satisfy the following sequence. 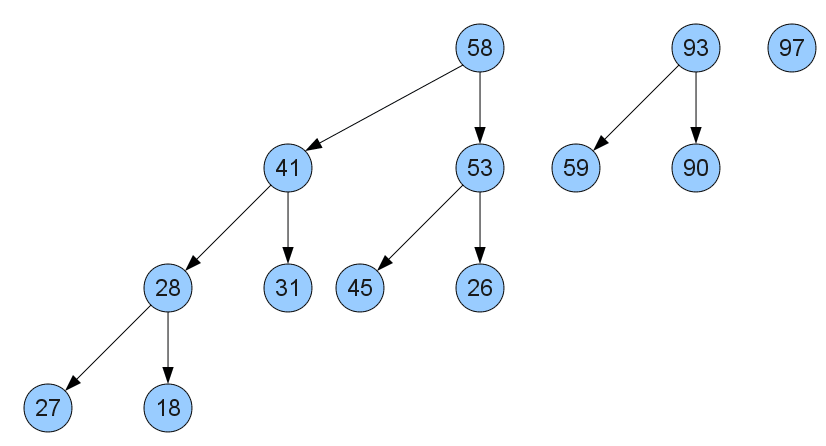 As you can see from this image, the root node in each tree is the largest value.

When adding and removing values from a Leonardo heap, we have to maintain the properties of the heap: specifically that it has to consist of a Leonardo-numbered set of binary trees.

The first thought I had when researching this algorithm is: why Leonardo heaps in particular? In some scenarios, Leonardo heaps can perform better than binary heaps for insertion and deletion.

With all this mind, let's take a stab at implementing smoothsort for ourselves. We're going to cheat a little bit in this blog post and assume that we already have an implementation of a Lenardo heap. That has the following interface.

Side note: It might be worthwhile to do a blog post on this structure in and off-itself.

The sort_with_heap function will take the input array, populate the values of the array onto a Lenardo heap, then pop values out of the heap to get an ordered list of values.

So that's that on that. Hopefully, you found this blog post a smooth read. Heh. Pun intended...

Alright, I'll see myself out. Thanks for reading folks!

What are the basics that a beginner should learn?

Once suspended, captainsafia will not be able to comment or publish posts until their suspension is removed.

Once unsuspended, captainsafia will be able to comment and publish posts again.

Once unpublished, all posts by captainsafia will become hidden and only accessible to themselves.

If captainsafia is not suspended, they can still re-publish their posts from their dashboard.

Once unpublished, this post will become invisible to the public and only accessible to Safia Abdalla.

Thanks for keeping DEV Community 👩‍💻👨‍💻 safe. Here is what you can do to flag captainsafia:

Unflagging captainsafia will restore default visibility to their posts.