I wanted to create a different take on the classic "Rock-Paper-Scissors" JavaScript project by using Kaomojis (the predecessor to our current, beloved emojis!)

Here are some wireframes I initially created via Sketch: 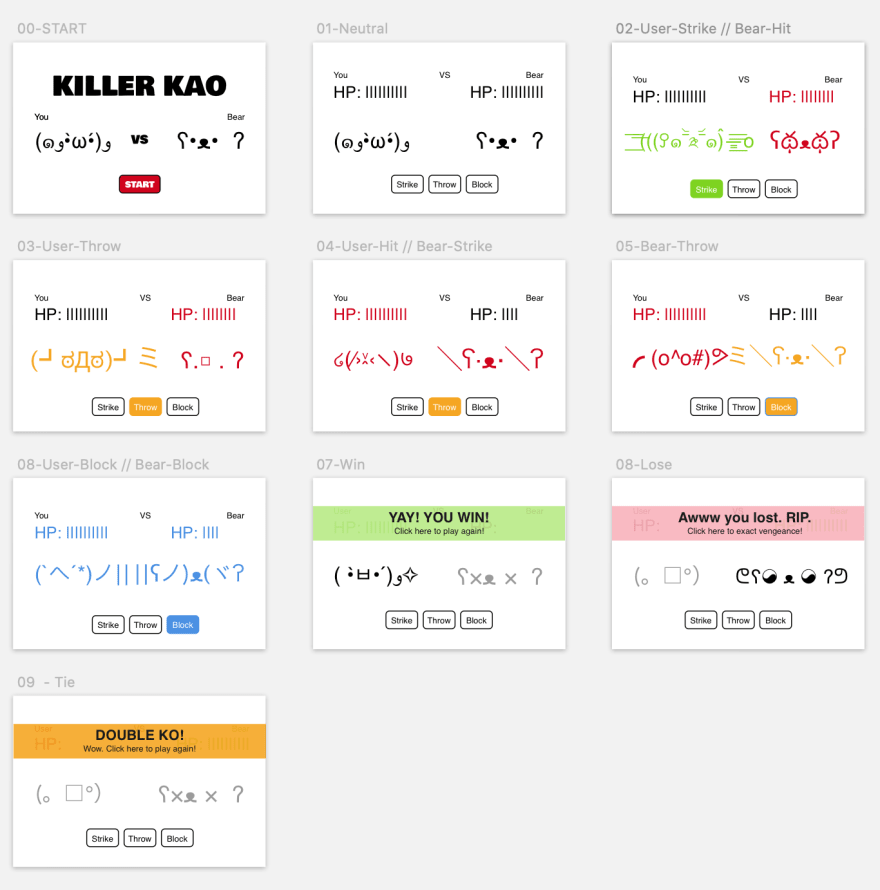 (I was very much inspired by fighting games: Street Fighter, Tekken, King of Fighters, etc.)

After I created the first iteration, I had friends and family test it out-- especially on mobile-- and was open to any and all feedback!

This is from my older brother: 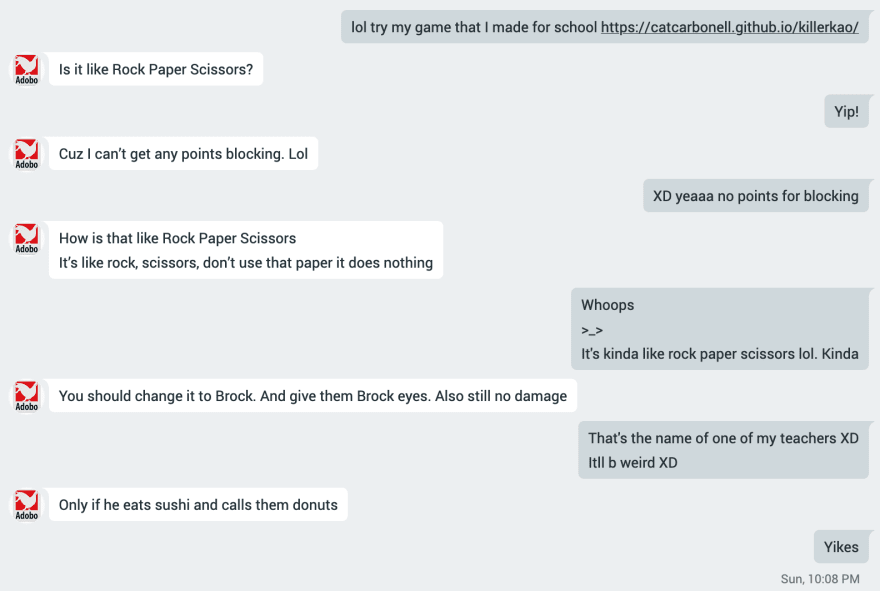 One of my close friends' friend had feedback for me!

Even Shen (Shen Comix) took the time to try out my app! 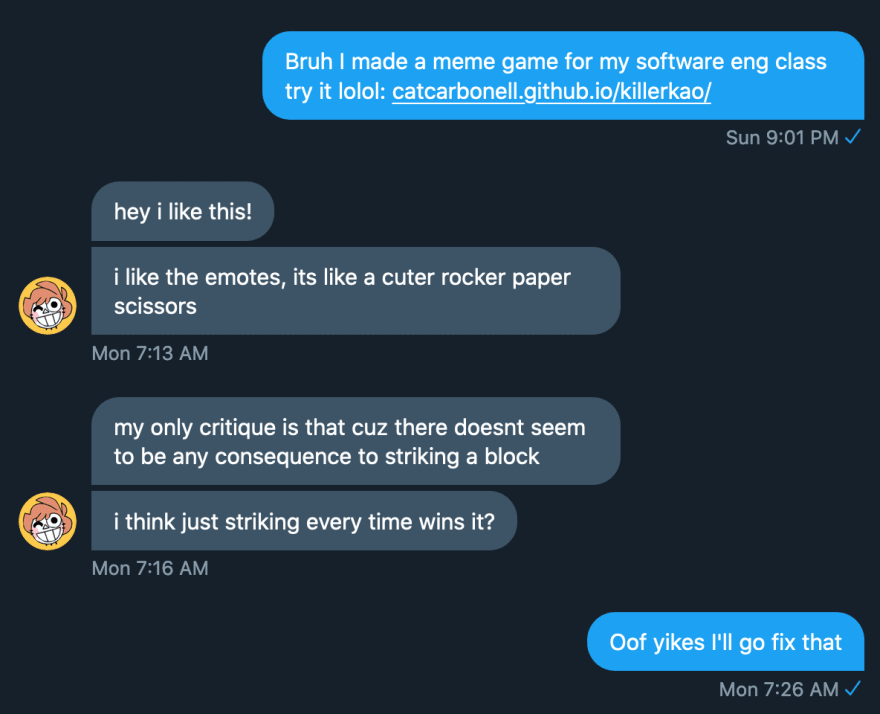 I was even sent screenshots of when the Kaomoji would break:

So I adjusted the Kaomoji structure accordingly, as well as came up with the logic to prevent block or strike "spamming" (hitting repeatedly with no consequences).

This was definitely a fun project, not just created by me, but by those in my community. I think I should have opened up feedback to a wider set of people, especially those who are fighting game enthusiasts.
If I had the time, I would have implemented the choice to play as either a human or bear and made the kaomoji SVGs instead of the traditional text-made artistry to make it more accessible.

If I had the tech savvy, I would have made it a two-player game instead of one-player against a random number generator.

Here are the links again if you want to try out this project!
Live Demo

If you want to keep in touch, reach out to me via Twitter!

Once suspended, cat will not be able to comment or publish posts until their suspension is removed.

Once unsuspended, cat will be able to comment and publish posts again.

Once unpublished, all posts by cat will become hidden and only accessible to themselves.

If cat is not suspended, they can still re-publish their posts from their dashboard.

Once unpublished, this post will become invisible to the public and only accessible to Cat.

Thanks for keeping DEV Community 👩‍💻👨‍💻 safe. Here is what you can do to flag cat:

Unflagging cat will restore default visibility to their posts.