When I first started learning Javascript and OOP I heard over and over that Javascript is an object-oriented language though it is not based on classes but prototypes.
In this article we are going to try to understand what this means and why it is important to know what a prototype is to acknowledge what we are doing.

In other object-oriented languages when you declare a class you are creating a new complex data type, that is to say, a data type composed of primitive data types. But this is not what happens in Javascript even though we use the keyword class since ES2015. Prototypes are object instances. While a class is a blueprint, objects inherit directly from other objects by default in Javascript.

The prototype chain is a tree-shaped structure that connects objects functionality and at the root of this tree is where Object.prototype lays.
Object.prototype provides a few methods that show up in all objects, such as toString( ), hasOwnProperty( ) or keys( ).

How does this happen?
Just to be clear because we are using arrays for the example, arrays are syntactic sugar in Javascript. They are objects with a special behavior to make them look and feel like an array, but under the hood, they are something like this:

It turns out that every object has a property called __proto__ which holds a reference to the prototype object of the constructor. So following the array example, an array has access to all the methods in Object.prototype because every array is an instance of the Array object and the Array object is an instance of the Object object. And this chain goes on until we hit the prototype of Object.prototype which will be null.

What this means is that, for example, every time we declare an array we are creating an instance of the Array object that comes with the language. if we look at it in the console we will see that its __proto__ property is linked to the Array object: 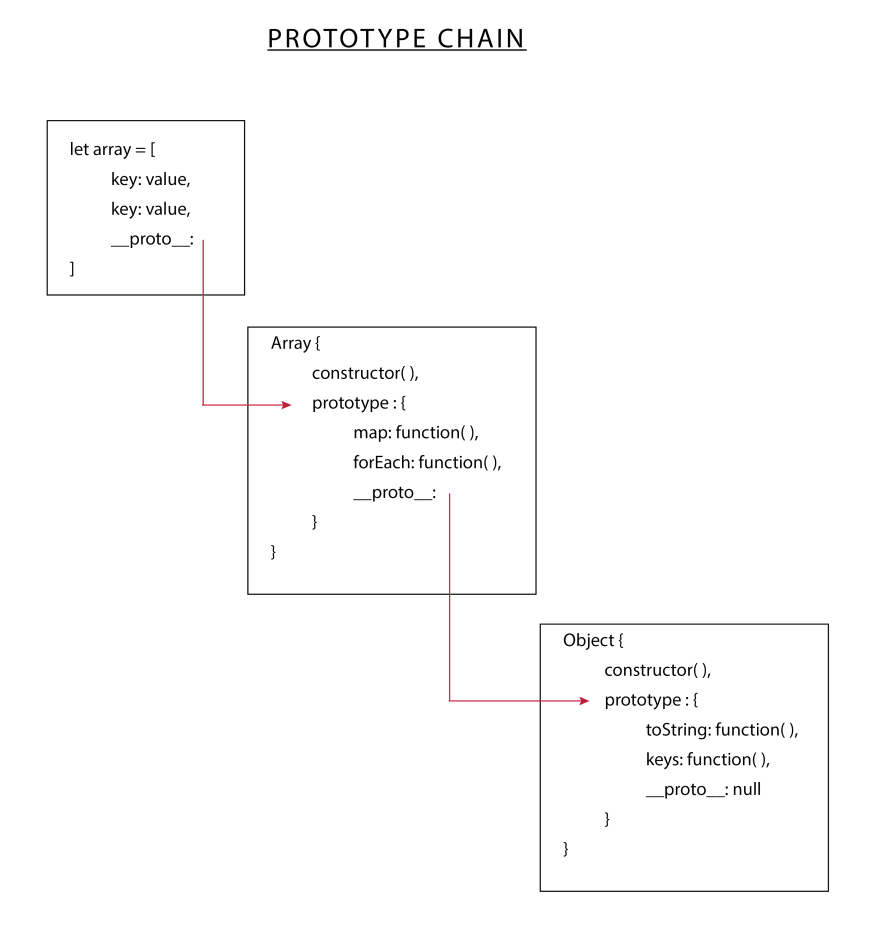 And if we keep looking down the rabbit hole we’ll see that the __proto__ object has a __proto__ property itself that holds a reference to Object.prototype (it’s a reference even though you see all the properties in the console because you know, DRY). 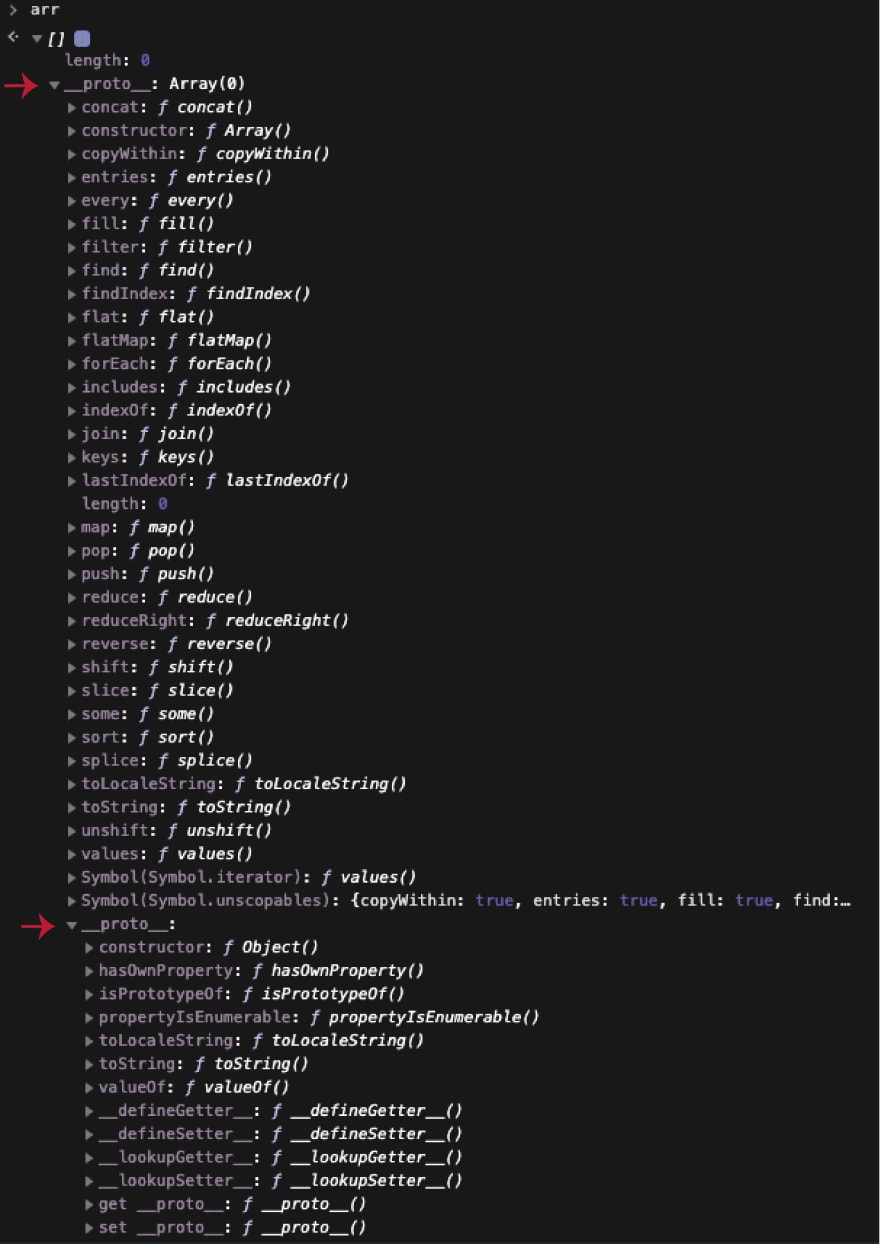 So, is there a way to create an object without a prototype in Javascript?

Well, yes there is. One of the ways of creating an object is with Object.create( ), to which we can pass as an argument the prototype we want that object to have, which by default is Object.prototype. If we pass it null as an argument we will get an object that is just that, a hash table.

Once suspended, cec1_c0d will not be able to comment or publish posts until their suspension is removed.

Once unsuspended, cec1_c0d will be able to comment and publish posts again.

Once unpublished, all posts by cec1_c0d will become hidden and only accessible to themselves.

If cec1_c0d is not suspended, they can still re-publish their posts from their dashboard.

Once unpublished, this post will become invisible to the public and only accessible to Cecilia Olivera.

Thanks for keeping DEV Community 👩‍💻👨‍💻 safe. Here is what you can do to flag cec1_c0d:

Unflagging cec1_c0d will restore default visibility to their posts.