My hobby is Game Boy repair, and I've repaired many Game Boys. I'd like to rewrite some of my past blog posts here to give you a taste of what I've written in the past.

About the original Game Boy

The Game Boy is very simple in construction.

As it should be, the original Game Boy (DMG-01) was released in April 1989, 27 years ago. Even though it was the culmination of the latest technology from that time, does it look so simple when compared to today's handheld gaming hardware? 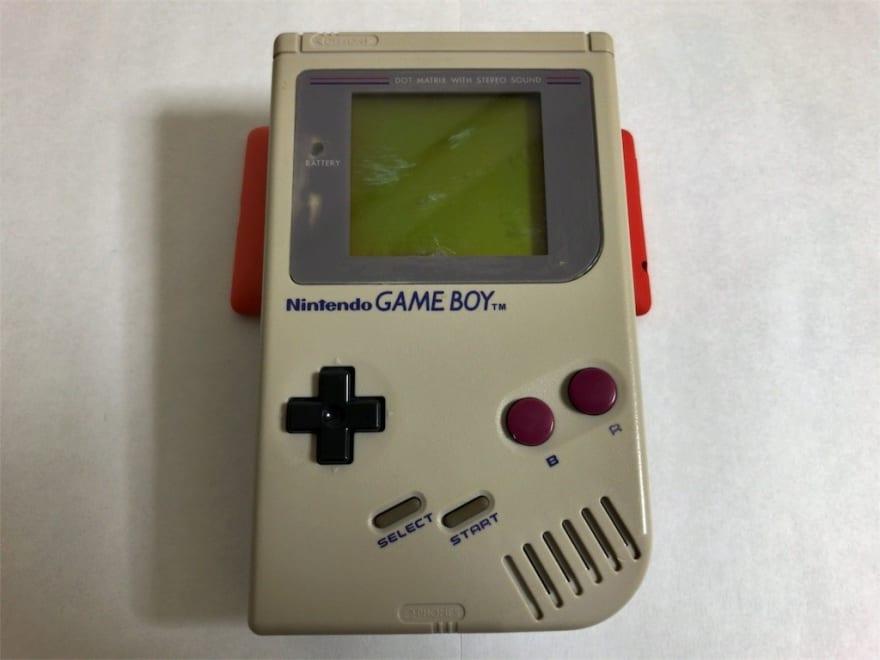 But thanks to its simplicity, even a hobbyist novice like me can fix it with a screwdriver and a soldering iron, and you can also implement a backlight to make it playable in a dark room. Since the Game Boy Pocket, the successor model, the board will be more and more complicated, so it's impossible for me to handle it.

Remove the exterior and separate the screen side board and the power supply side board. 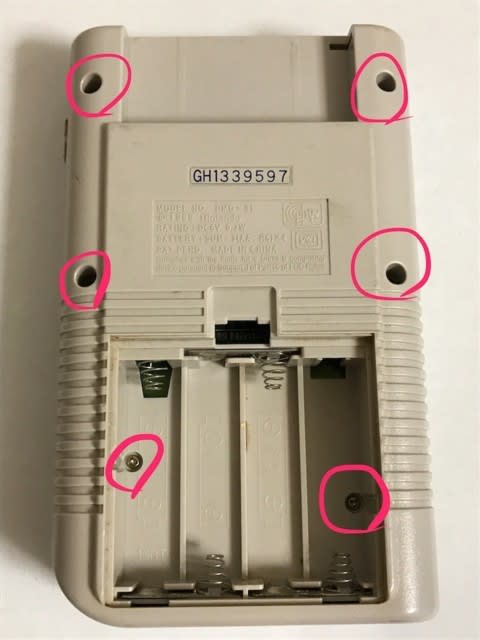 Be careful not to force open the case as the cable harness is connected inside. 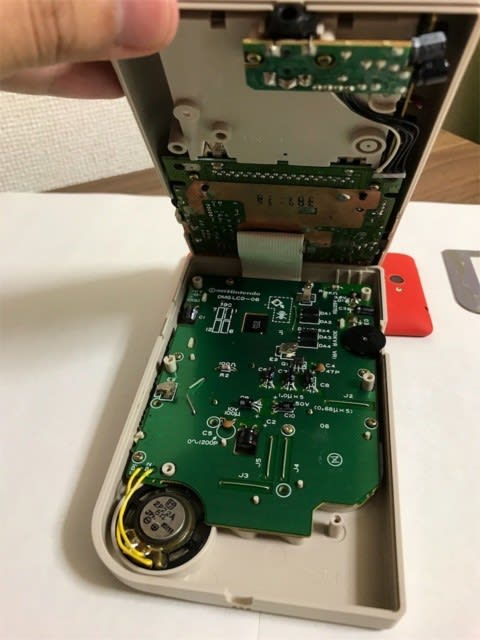 Remove the harness and remove the board

At first, you'll be afraid to pull this harness out.

It's a sturdy Gameboy that survived being bombed in the Gulf War, so don't be afraid to pull it out slowly. You'll probably have to pull it out many times later, so you'll get used to it. 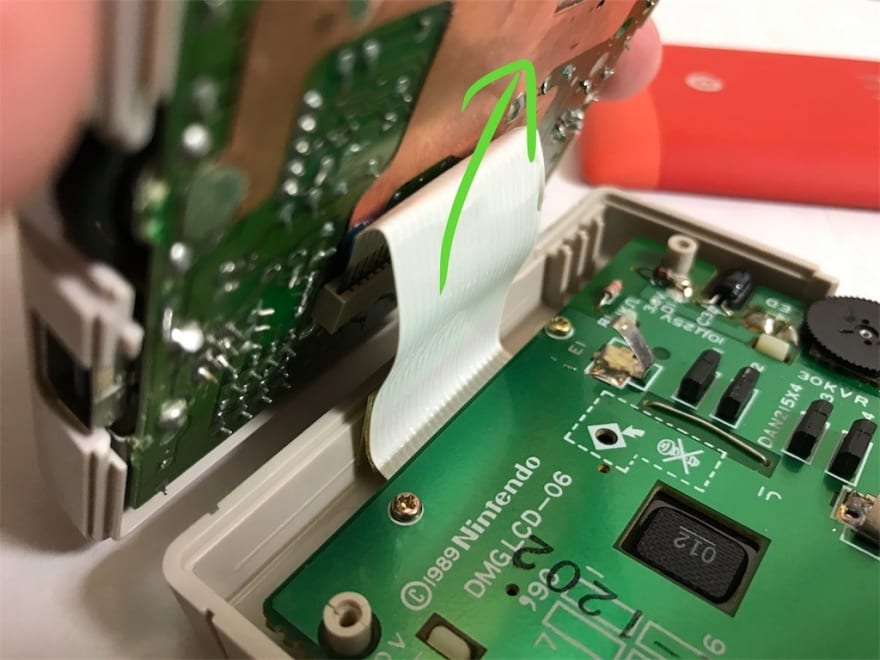 The first generation Game Boy, which was so big compared to the current model, has been ridiculed as a bento box, but it looks like a bento box when disassembled. We were able to divide it into a board for the power supply side and a board for the LCD side. 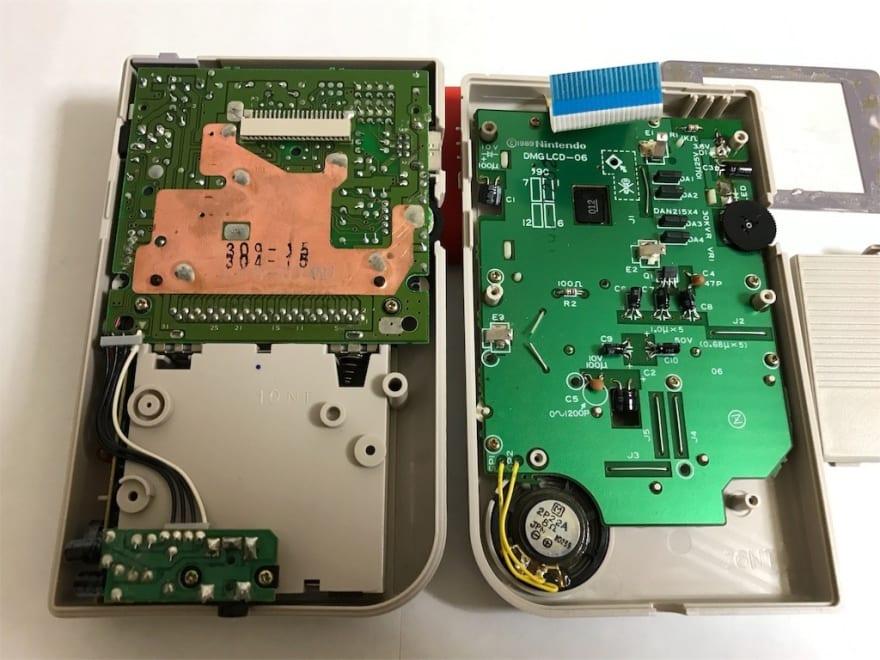 It can be seen at the time of assembly, but some screws are missing from the LCD side base. Perhaps the previous owner fixed the vertical line loss and did not close the screws properly. I would like to write about how to repair the vertical lines that often occur with Game Boy if this article is well received.

Disassemble the power supply side of the board.

Once opened, the base can be removed from the exterior with just a Phillips screwdriver. 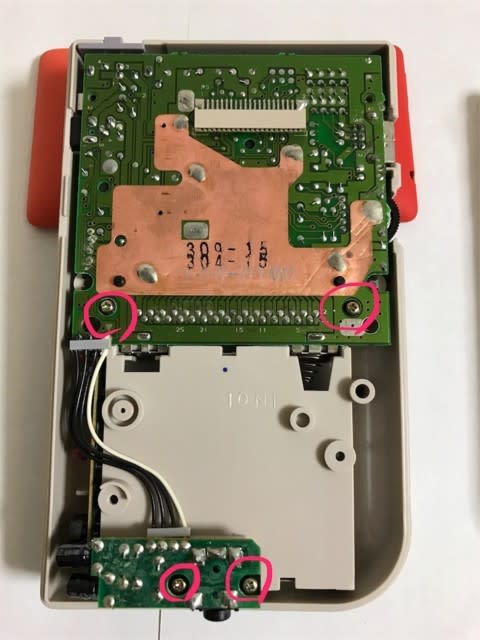 If you remove the Phillips screw, you can remove the base from the exterior. 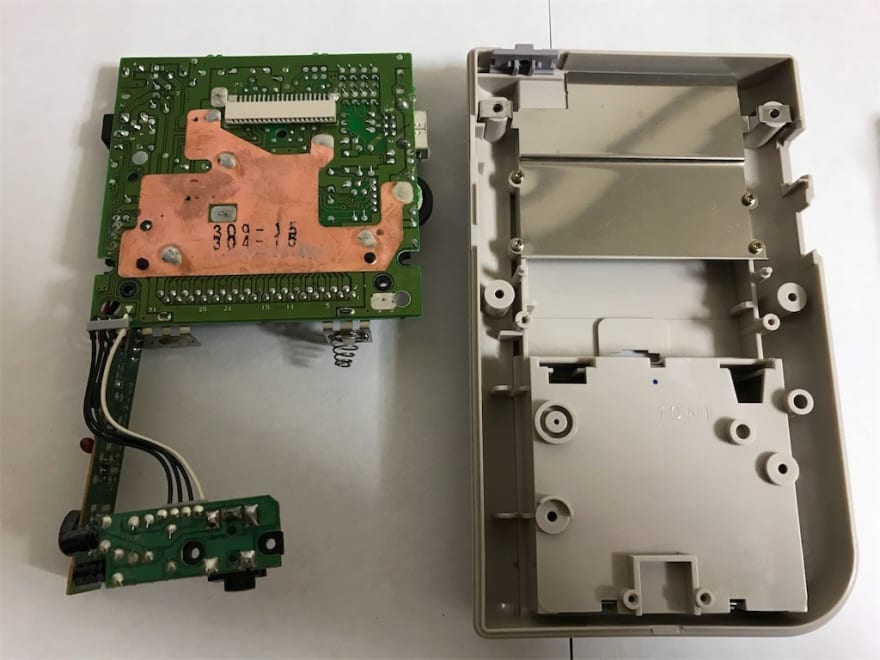 I removed the metal part that corresponds to the part where the cassette is inserted. I guess that this part is made of metal because a lot of removal of the cassette is required and load is applied. Metal is used in this part until the successor's Game Boy Pocket, Color and Game Boy Advance. 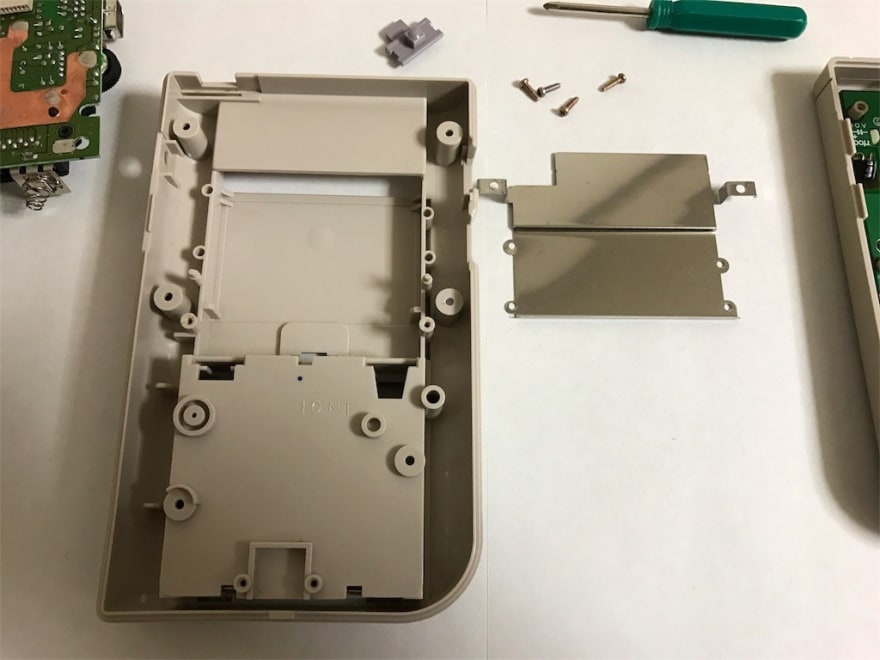 I also removed the battery box's battery receptacle. There are traces of corrosion on it, as if the battery had a leak. But one of them has some polishing marks.

The part where the battery comes in contact with the metal is rusted, which can cause the battery to not turn on. Be careful when you take it apart. 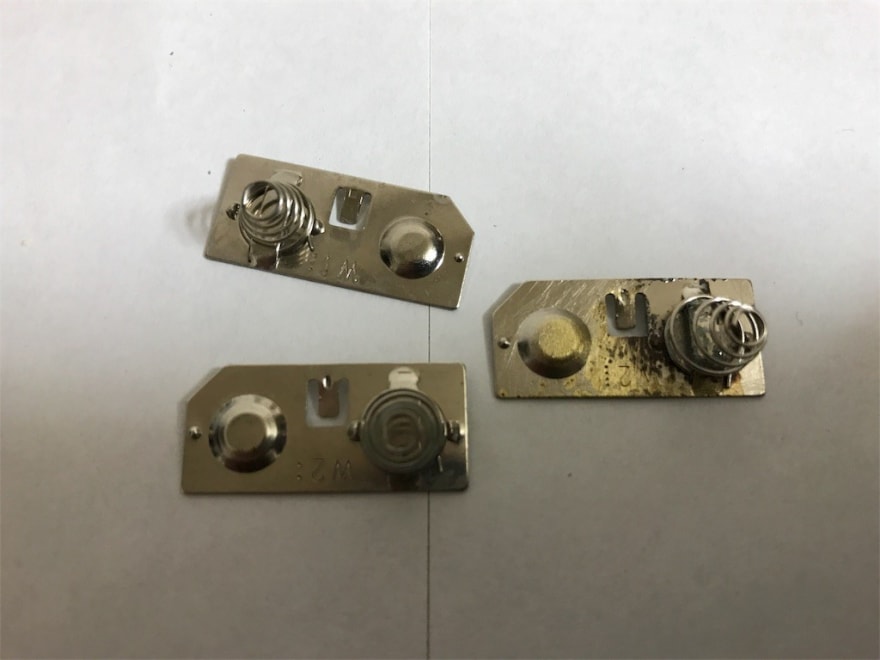 At this point I began to suspect that I had bought a used Game Boy with a leaky battery that had been repaired for corrosion.

Disassemble the liquid crystal side of the board. 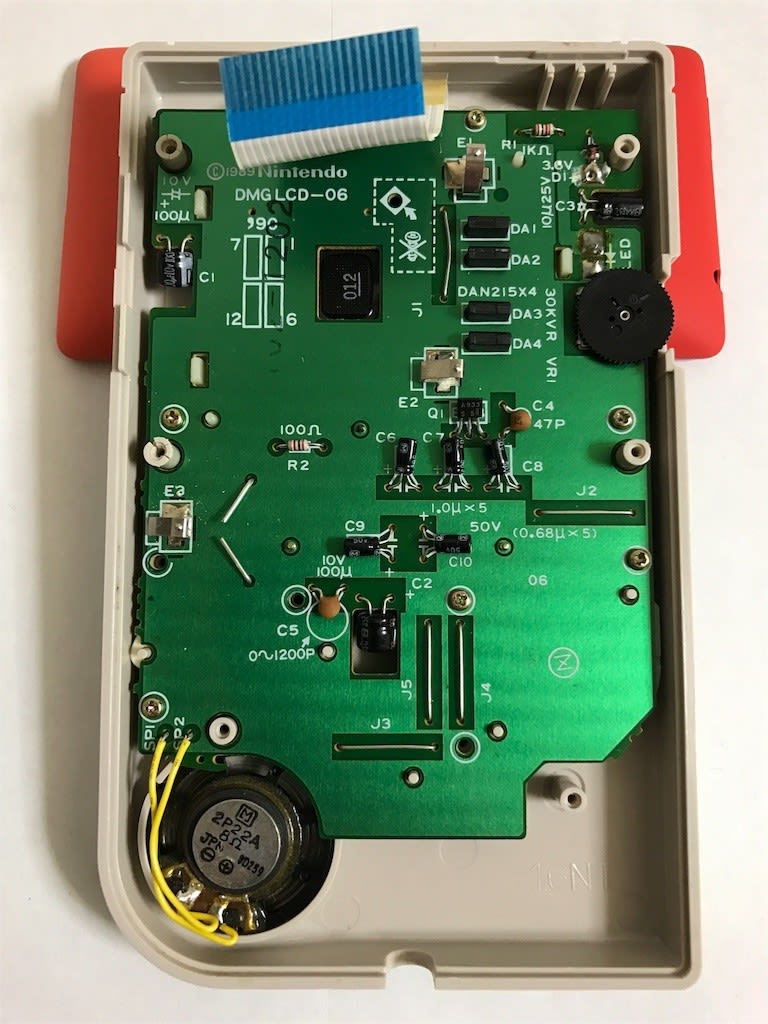 I removed the screws. 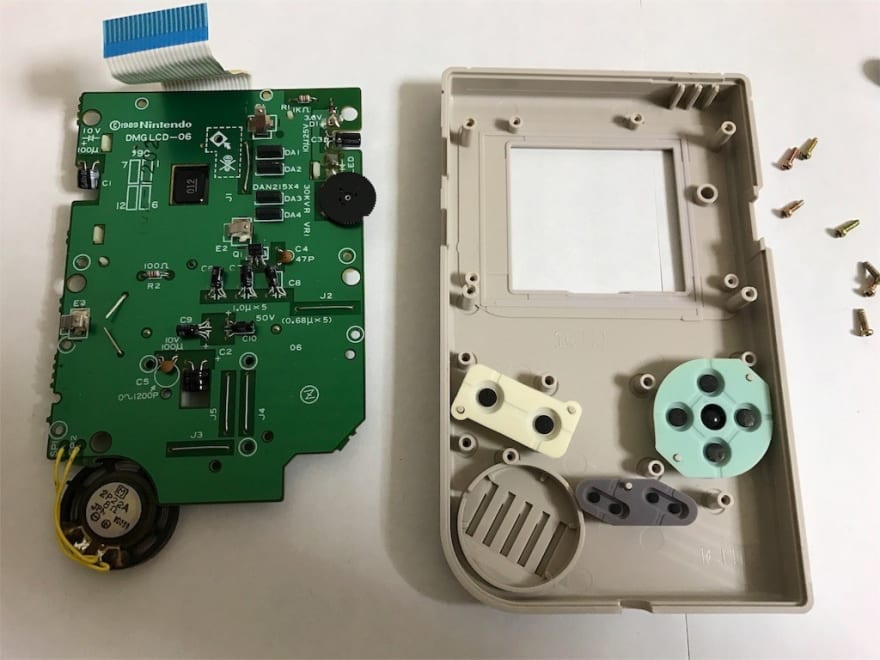 The LCD seems to have volatile traces of instant glue that may have been used to hold the cover in place. Also, the speaker is dirty and will be cleaned. 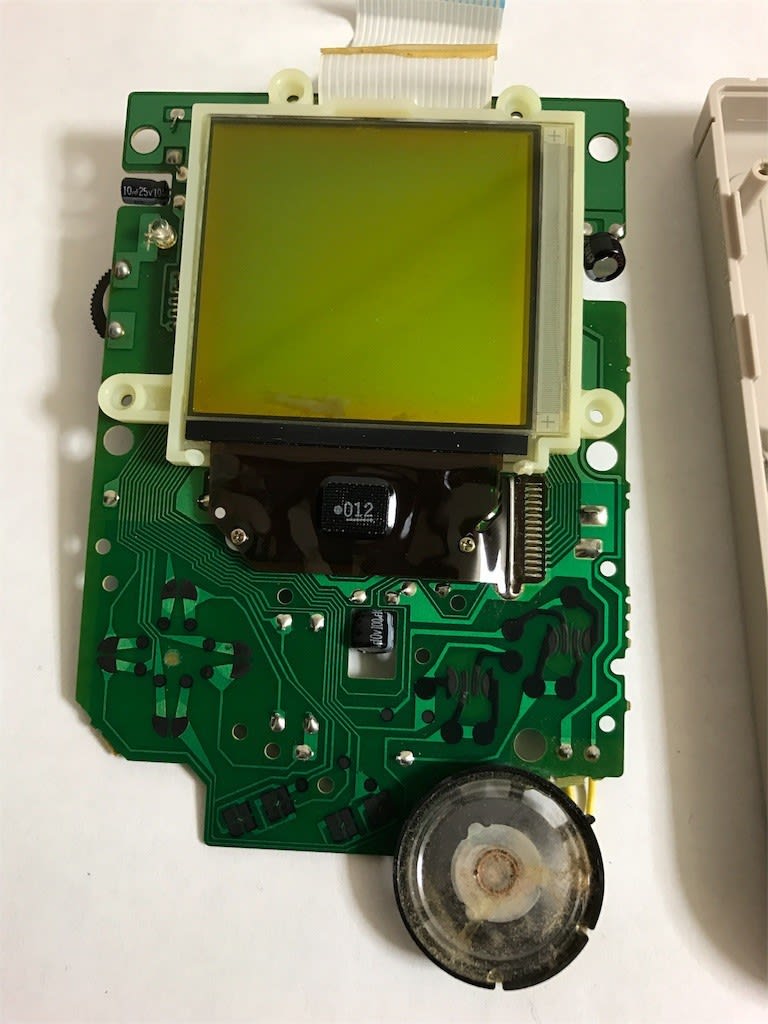 I was able to take the Game Boy apart.

The exterior was finally removed. 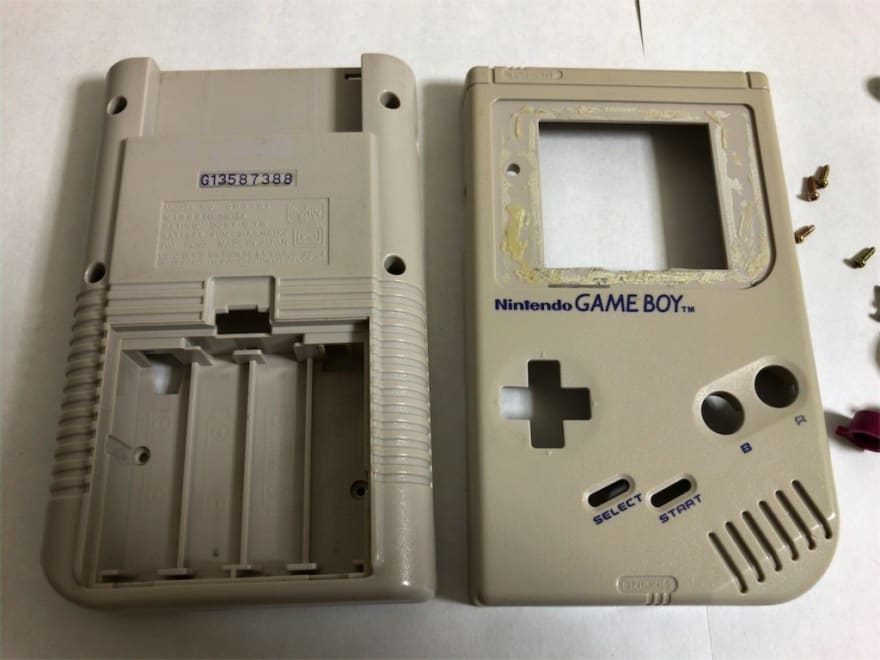 That concludes our introduction to disassembly of the original Game Boy.

The yellowish exterior of this Game Boy can be restored to its original light gray color by soaking it in a bleach containing hydrogen peroxide, such as Kitchen Haiter, and exposing it to sunlight and other UV rays.

Also, if you're okay with a non-genuine product, you can order an exterior from a Chinese or American Game Boy custom website to replace it.

The original article is "ゲームボーイ(DMG-01)を分解する". I use machine translation.

Class-Based Views in DRF are Powerful

What do you think? Laravel is the most suitable choice for web development?

Once suspended, ch3cooh will not be able to comment or publish posts until their suspension is removed.

Once unsuspended, ch3cooh will be able to comment and publish posts again.

Once unpublished, all posts by ch3cooh will become hidden and only accessible to themselves.

If ch3cooh is not suspended, they can still re-publish their posts from their dashboard.

Once unpublished, this post will become invisible to the public and only accessible to Kenji Wada.

Thanks for keeping DEV Community 👩‍💻👨‍💻 safe. Here is what you can do to flag ch3cooh:

Unflagging ch3cooh will restore default visibility to their posts.