Dark is for building backends and tries to remove accidental complexity from coding.

once it compiles, it usually works first try

Dark’s type system allows us to find everywhere that a change needs to propagate, and tells you whether your types line up or not.

We also use Results and Options instead of exceptions and nulls, to avoid all the problems that come from those language features.

Dark uses a concept called Railway Oriented Programming and Trace Driven Development, read below for more info on that.

Railway Oriented Programming is a metaphor where the error values of Results and Options form an alternate execution path through the program, called an Error Rail. When an error happens, the execution in the main body stops and instead passes over to the Error Rail.

A concept I never heard about before, that comes from the F# world apparently.

Once you have requests/traces, you can use them while writing code. 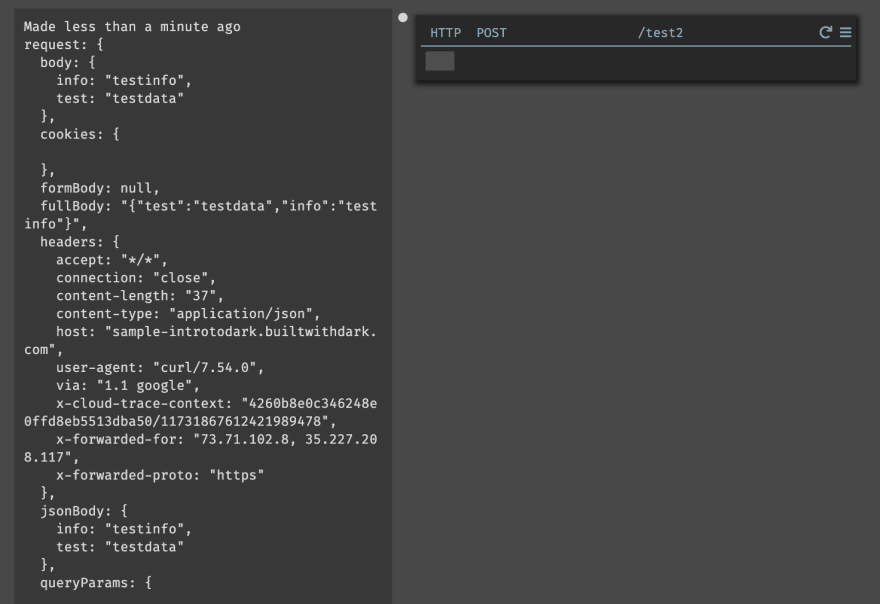 If you put your cursor on a trace you'll the see the result of that execution on the left-hand side. 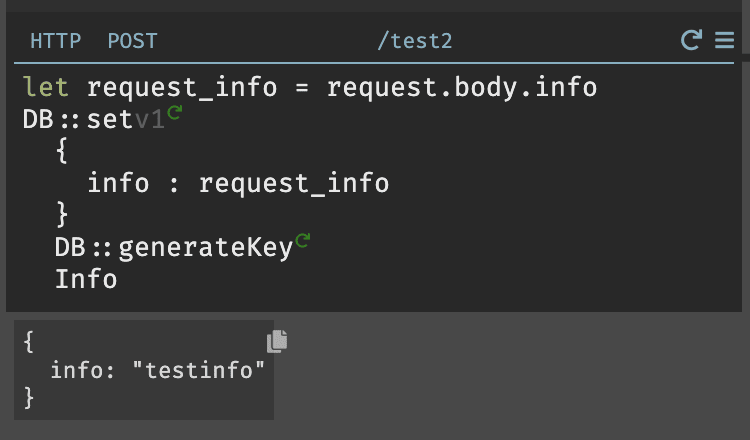 For me there are three main points:

Deployless: You don’t hit compile or build or even git push your code

Continuous Delivery: the practice of frequently making small, low-risk changes. Code that you write is deployed to “production” (typically behind a feature flag) immediately after being written.

Infrastructure of your backend is simplified via Dark in five building blocks:

Workers receive events via the emit expression, and will appear in the 404 section if you emit to a non-existent worker.

Run asynchronously and retry in case of failure.

Runs on a given schedule, selected by developer (every minute, hour, week, etc).

Is triggered only by the developer and frequently relies on play buttons (see Trace Driven Development ).

In Dark, all datastores are a key-value store - a persistent hashmap/dictionary (not a relational database). When looking at a Datastore you’ll see the schema, all handlers that call the datastore, how many entries are in it, and a sample entry.

Code written in Dark is literally written on a <canvas> element, also the name "canvas" of the "workspace" concept the Dark team came up with.

You write your code in your Web Browser (I think they currently support Chrome).

That's interesting and quite different from what we're probably used to.

There is also no parser for the language, the editor manipulates the AST directly and only valid code is instantly deployed.

Quotes that could give a better idea about dark.

“We keep adding things, but we never take things away. AWS has 200 services and never takes any away”

“Just as there are servers in serverless, there are deployments in deployless, you just don’t have to think about it”— Paul Biggar

PS: this is the whole language spec:

Here some links to get started today!

What is Minimum Viable Security (MVS) and how does it improve the life of developers?

Once suspended, christianfei will not be able to comment or publish posts until their suspension is removed.

Once unsuspended, christianfei will be able to comment and publish posts again.

Once unpublished, all posts by christianfei will become hidden and only accessible to themselves.

If christianfei is not suspended, they can still re-publish their posts from their dashboard.