Future of Work: The “Maker Generation”

You may have heard of the term “makers” before. Some of the words and phrases that come to mind may include DIY, robotics, and woodworking. The term has expanded in meaning over the last few years, as the Internet has allowed people to make “digital” products with ease. The Internet has also given rise to virtual communities of makers where individuals can ideate and support each other with their projects. For a deeper dive into maker communities, check out this post by Ryan Hoover from Product Hunt. 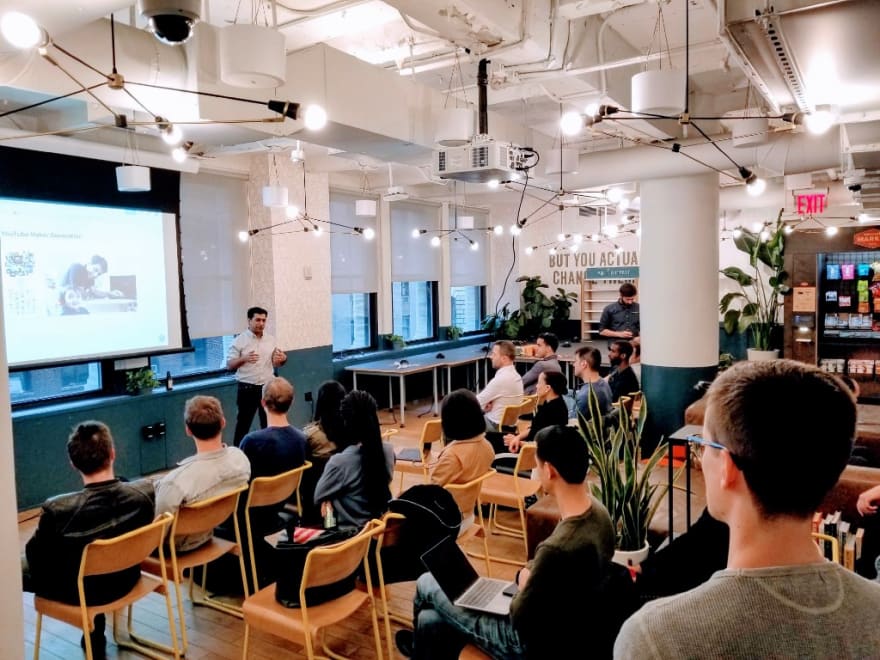 These virtual communities symbolize a broader movement: the maker generation. At the April 2019 Maker Meetup in NYC, Shishir Mehrotra (CEO of Coda) discussed the Maker Generation by telling the story of YouTube’s early roots. The audience then heard from individuals who participated in the 2019 Product Hunt Makers Festival and learned about the products they have built using Coda. Read below for a recap of the meetup. 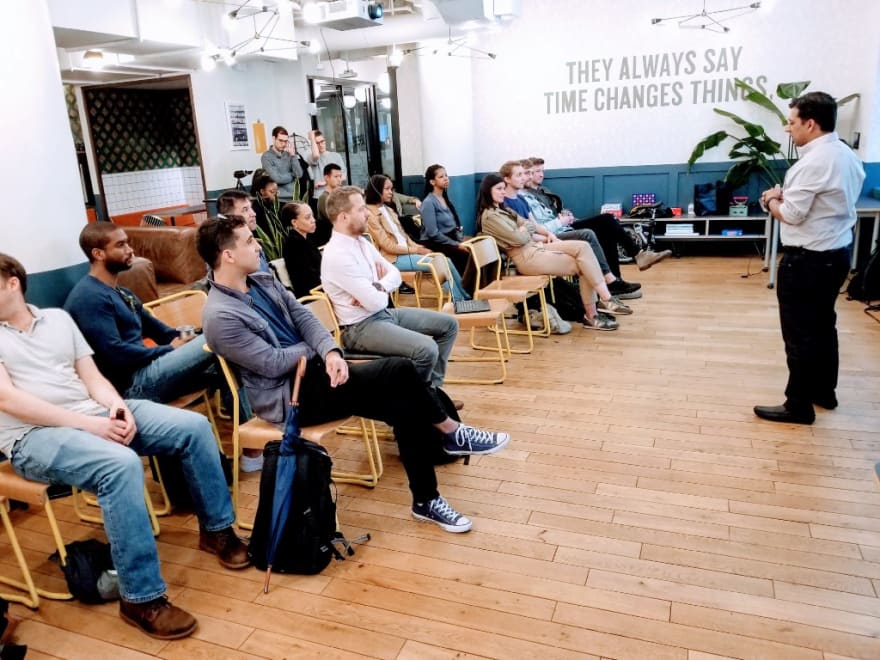 Shishir Mehrotra, CEO of Coda, kicked off the meetup by talking about his experience at YouTube. He told a story about his friend Sal Khan and how Sal started Khan Academy by uploading YouTube videos to help his cousin with algebra since it was hard to coordinate Skype calls. After publishing several videos, Sal’s channel became one of the most watched channels on YouTube. Had he tried “pitching” his idea as a traditional TV program to broadcast TV producers, he may not had the success he has today with reaching millions of people around the world.

In the video industry (YouTube), I’ve seen this phenomenon of regular people becoming creators. The same phenomenon is happening to all types of industries such as crafts, gaming, and soon software.

YouTube is the result of creators democratizing the production of video content. As Shishir’s quote above states, this is not just about video. The same thing is happening to products and crafts with the rise of communities like Etsy where anyone can create and sell their physical goods. Gamers playing Fortnite and Minecraft can create their own worlds to play in. With software, non-coders and non-programmers will be able to build the applications that mold to their workflows. 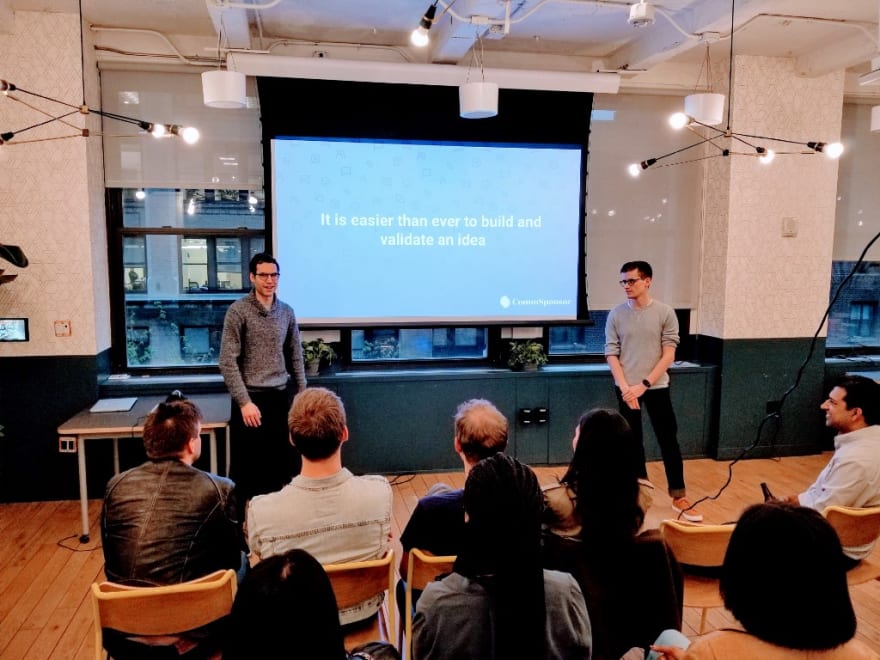 Mac and Jacob wanted to prototype and validate an idea for CommSponsor, a platform that connects great communities on Slack, Discord, and Telegram with great companies.

The idea started when Jacob realized finding sponsors for his community of data scientists is not an easy task. Instead of writing code to create CommSponsor, Mac and Jacob prototyped a version of the platform in Coda for Product Hunt’s Makers Festival, and turned CommSponsor into a real business 4 weeks later.

We went for idea, to prototype, to market validation in under 24 hours using Coda, Carrd, Typeform, and Zapier.

See Mac and Jacob’s slides from the meetup here, and their original Coda doc for the Makers Festival. 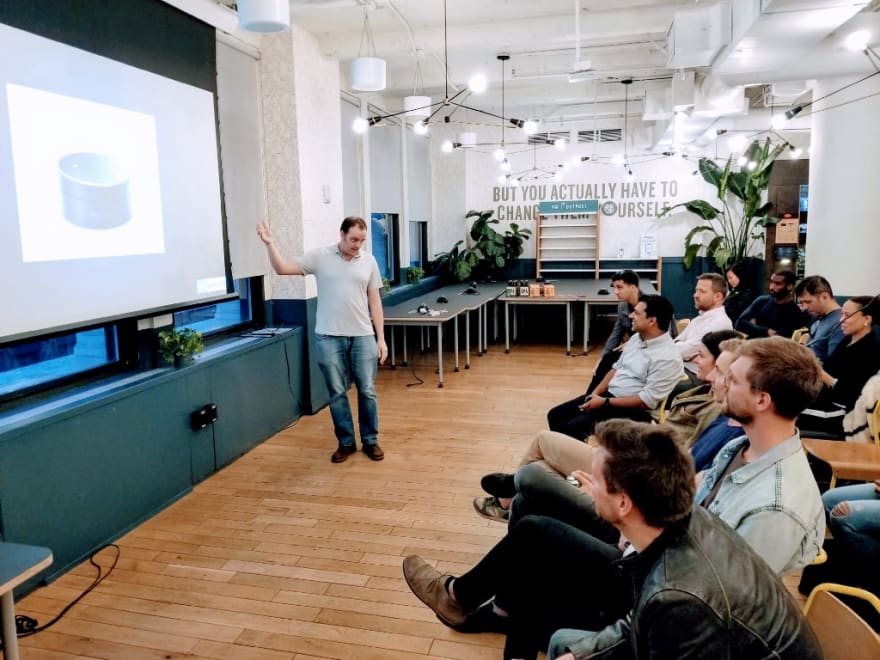 Those were the words Jonathan ended his presentation with as he discussed his submission for the Makers Festival. He scraped lists of love phrases and put them in a Google Sheet to translate them into Spanish. He then put the quotes into Coda. With that, the Cheesy Spanish Love Quotes Generator doc was launched. In addition to generating cheesy Spanish languages on the fly, Jonathan created buttons in his doc to share the phrases easily on social media and Whatsapp.

I built a basic little app in less than the time for an average commute.

Here is Jonathan’s presentation from the meetup, and his Cheesy Spanish Love Quote Generator Coda_ doc._

Once suspended, coda will not be able to comment or publish posts until their suspension is removed.

Once unsuspended, coda will be able to comment and publish posts again.

Once unpublished, all posts by coda will become hidden and only accessible to themselves.

If coda is not suspended, they can still re-publish their posts from their dashboard.

Once unpublished, this post will become invisible to the public and only accessible to Al Chen.

Thanks for keeping DEV Community 👩‍💻👨‍💻 safe. Here is what you can do to flag coda:

Unflagging coda will restore default visibility to their posts.