There are arguments out there on the best technologies but there is just one argument that is really common among web developers which is Node.JS VS PHP. It's very funny when a framework is competing with a whole programming language. Web developers mainly should look into this before arguing as PHP has frameworks under it too.

Node.js is an open-source, cross-platform, JavaScript runtime environment that executes JavaScript code outside of a web browser. Node.js lets developers use JavaScript to write command line tools and for server-side scripting—running scripts server-side to produce dynamic web page content before the page is sent to the user's web browser. Consequently, Node.js represents a "JavaScript everywhere" paradigm, unifying web-application development around a single programming language, rather than different languages for server- and client-side scripts. JavaScript is used primarily on the client-side. That’s why Node.JS has become one of the foundational elements of the “JavaScript everywhere” paradigm. Node.jS was created by Ryan Dahl in 2009. Most back-end developers have been using this since 2019. JavaScript makes use of a package manager, npm, npm is a package manager for the JavaScript programming language. It is young and it is recognized by top companies in the world including Microsoft, Trello, Netflix, eBay, Medium etc. We can say Node.js is a framework and the main back-end framework in JavaScript.

PHP is a popular general-purpose scripting language that is especially suited to web development. It was originally created by Danish-Canadian programmer Rasmus Lerdorf in 1994; the PHP reference implementation is now produced by The PHP Group. PHP originally stood for Personal Home Page, but it now stands for the recursive initialism PHP: Hypertext Preprocessor. PHP code is usually processed on a web server by a PHP interpreter implemented as a module, a daemon or as a Common Gateway Interface (CGI) executable. On a web server, the result of the interpreted and executed PHP code – which may be any type of data, such as generated HTML or binary image data – would form the whole or part of a HTTP response. It is actually processed by an interpreter called The Zend Engine. And now it is used on more than 85% of web servers that is installed on web servers such as Apache and Nginx

PHP's environment is easier to setup or configure: In PHP, it is very easy to setup a server and start using it's PHP's environment. For example, it is really to setup PHP in servers like WAMP (Windows, Apache, MySQL, and PHP) or XAMPP (Cross-Platform). 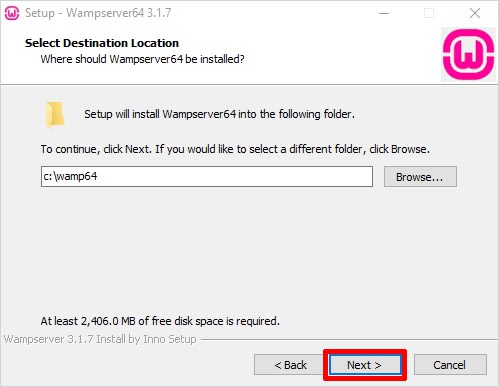 Here are the benefits of Node.js:

PHP has just won in different cases as most PHP developers are looking for a technology which is easier to use. PHP is a very interesting language and even when you see the basic syntax, you will find it easy and know how easy the language is. PHP has been used in over 290,000 open source projects and it has been used in the creation of top companies in the world. PHP is the main back-end programming language which has a relational database and works with a server and then you run it on localhost in your web browser. PHP has been used in creating CMS technologies like Joomla, WordPress and even Drupal. PHP is open source too and large amounts of Database can be stored in PHP, in the latest version of PHP, it has extended support for Object Oriented Programming. It also has an improved support for MySQL with new extensions.

Node JS won in just few cases here. Node.JS is very fast, take a look at the performance tests by toptal.com, comparing how GO, PHP, Java, and Node.JS handle concurrent requests. There a couple of reasons for Node.JS showing such result. Node.JS is used as a single programming language as Node.JS doesn't work for back-end only, it works for front-end development too. It enables programmers with the ability to write code for the server-side applications using JavaScript. They do not need to use other server-side programming languages. Thus, application deployment becomes easier for the developers as almost all browsers support JavaScript Node.JS is a mobile friendly framework too.

PHP Testing
Let's go for the testing, here is the real Node.js vs PHP so we just have to test both sides, the testing here has been done by most evelopers and it has also been published in many articles. So, let's go for PHP:

In the testing, PHP was even faster than Node.js in reading the file, filing array, MySQL Query etc.

I am a Developer Advocate and an IBM Champion.

How to Monetize Video and Audio on a webpage

How to Learn Ruby on Rails: 11 Ways to Become a Great Developer

Monitor Your Containers with Csysdig

Trending on DEV
Bilingual Devs What Language Are You Thinking in?
#discuss
What Do Front-End Devs Think About Safari?
#safari #discuss #webdev
Why do only posts in English have relevance on Dev.to?
#discuss #techtalks
Question for vue.js developers (beginners)
#vue #webdev #javascript #discuss
Best GitHub Repos for Web Developers
#github #webdev #javascript #productivity
Are you more optimistic or pessimistic for the future of the software development career?
#discuss #career
What are your worst habits as a developer?
#discuss
Where to go from here?
#beginners #career #help