Do you dream of converting a combustion car into electric? It doesn’t have to be a dream. We talk to Kevin Sharpe of New Electric Ireland

Tell me a little bit about your company

We are a group of 5 companies headquartered in the Netherlands. We convert boats, buses, cars, and trucks to electric drive, often complete
vehicle fleets. We work with both battery and hydrogen powered vehicles.

The company was founded in The Netherlands in 2008 by Anne Kloppenborg a friend and colleague for many years. The workshop in Ireland was established in 2018. 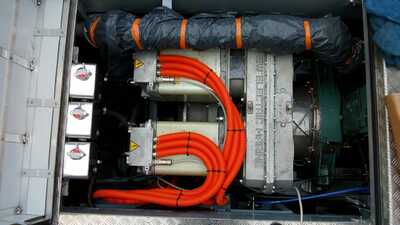 How do these car conversions work?

At New Electric Ireland we sometimes do the car conversions, we also sometimes sponsor other people to do it. However, most impact comes from
teaching people to do it, so we do all the admin work, provide workshop space, etc to enable that.

Ireland is a real hub for development. We are lucky to work with Damien Maguire, an exceptional engineering talent. He runs our courses and has been converting cars for more than a decade.

There are two things driving this forward: 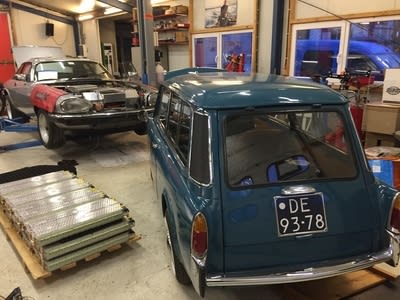 I see there are a lot of Open Source references in the Open Inverter website. Can you tell us a little about you and Open Source projects?

We have been supporting open source for many years both financially and donating equipment. My main business is in the medical field in the US.
The business is very successful and the core of the technology is open source. I fully endorse open source and it can be made a viable
business, it doesn't need to be a charitable exercise.

In the electric car space, we wanted to formalise our support, that's why when I was coming to Ireland, we took a decision to set up a
facility to teach people about conversions and open source. We're currently teaching about 100 people a year. We also undertake open
source R&D. 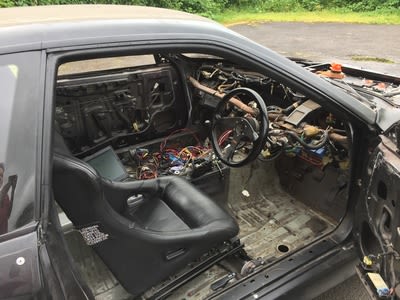 Is there anything happening at the moment that enables the car conversions?

What has become obvious is that a lot of the components that are being used in electric vehicles, particularly hybrids, are available at a very low price point. For instance the Toyota Prius inverter, the 2nd and 3rd generations of those, are capable of over 300 horsepower and Damien (Maguire) recently bought one for €40 - to think that five years ago we were spending €500 for an inverter!

If you buy a bespoke inverter and you have a fault, you are very dependent on that manufacturer, but if you buy from, say Toyota, you can
buy the part off the shelf.

We have been trying hard to understand the capabilities of OEM components because we want to put together a very capable platform. Our
current goal is to get a solid 200 mile range with 250kW charging and 300 horsepower for €7000.

Additionally, we are aiming for a conversion with a bolting kit that enables the procedure to be completed in a day - assuming a moderate
mechanical skill level.

So you run the courses. Are they for mechanics only?

About a third of the people enrolled for our courses are professional car mechanics. The car aspect of the conversion process is not that
large. We want to try to help with this by making the process more like a bolt in kit.

People with less experience in mechanics tend to struggle more, since Open Inverter has many users with a great deal of domain expertise that
can be difficult to understand for the layperson. However, there are five or six builds going on today where people are making good progress
and intend to give back to the community. Learners providing feedback into the community will help to bridge the gap of experience and ease
the transition for newcomers.

One can imagine a car conversion group, the same way you would have a woodworking group. In that group there would be at least one person who
has performed a conversion before, so that together the group can assist each other and make more conversions.

Part of what we want to do with Open Inverter is to stop reinventing the wheel. There is always new stuff out there, but we think that we now
have found all the key components we need and we can now get to build a bolt in kit - and when I say we - I mean the community.

Undoubtedly there will be companies producing things to make the process simpler. For instance, a coupler that locks up the Lexus GS450
transmission is a bolt-in piece that we need. Whilst it is not a particularly complicated thing to make yourself, if you don't have the
metalworking skills it could present quite a challenge. More companies producing these kinds of things helps to bring the conversion process
within the scope of more people. 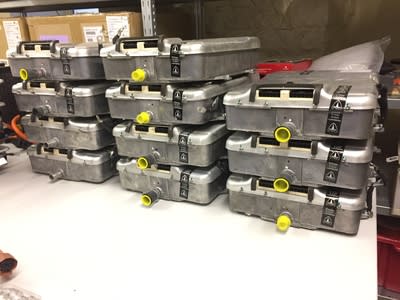 What are some benefits of open development you have personally experienced?

I guess it's simpler to show with some examples: There is a fantastic project called Open Vehicles. It's a monitoring and control tool that
has been developed in the last decade. Open Vehicles gives you all the remote features that you would have on a Tesla. We hope to incorporate it with Open Inverter, it would give a whole new level of control over the converted vehicles.

Another example is: recently we reversed engineered the Tesla Model 3 charger, it uses CCS charging (rapid charging standard for Europe). With CCS you can charge up to 250KW, meaning you can top up your battery in a few minutes. We can use that technology in the converted cars, and there is no reason why people can't take that technology to update an existing electric car. There are a lot of extra benefits.

Are you hoping to open many locations to teach people to convert cars?

It wouldn't be our company that does this. This is where we want the community at large to take over. What we are particularly hoping is that people from the course will pick it up and run with it, perhaps creating their own groups, workshops and educational material.
We can't possibly service the billion odd cars that are out there. It is much more important that we teach people with an ethos of community and sharing.

We are fortunate in that we can basically run this as a non-profit, because we are part of a group of companies and because Anne and myself
are both very passionate about trying to grow the number of clean vehicles. This is our contribution to stop climate change.

If a software developer wanted to get involved in this project somehow, is there anything particular she should look at?

An obvious start would be Open Vehicles, the monitoring system. This is an important software project. It needs consistent focus from some
software people so that it can be used by Open Inverter.

A video how to install Open Inverter and a high level overview of what it provides:

So, you read this far and you are interested in trying to do something?
Well here are some options for you:

Many thanks to Ross McKinlay, Richard Dallaway, Charlotte Franklin, Jamie Beevor and many others that helped editing the interview. Many thanks to Kevin Sharpe for his sharing this with us.

Follow to the next article on the series: Damien Maguire. An Electric Engineer that converts cars to electric

coders4Climate
Inspired by the call to action by Greta Thunberg and the many recent demostrations, we want to help, with ac
Tips to be a Healthy Developer🧑‍💻
#beginners #programming #discuss #javascript
What was your win this week?
#discuss #weeklyretro
Autocomplete and Artificial Intelligence in your Terminal
#ai #bash #productivity #opensource

Once suspended, coders4climate will not be able to comment or publish posts until their suspension is removed.

Once unsuspended, coders4climate will be able to comment and publish posts again.

Once unpublished, all posts by coders4climate will become hidden and only accessible to themselves.

If coders4climate is not suspended, they can still re-publish their posts from their dashboard.

Once unpublished, this post will become invisible to the public and only accessible to coders4Climate.

Thanks for keeping DEV Community 👩‍💻👨‍💻 safe. Here is what you can do to flag coders4climate:

Unflagging coders4climate will restore default visibility to their posts.