If there was a prize for which language is most often being called dead, PHP would win big. Some posts titled ‘Is PHP Dead’ go as far back as 2011.

Regardless of whether one likes this language or not, PHP is very much alive and kicking💪

Given the fact that PHP powers 78.9% of all websites (according to W3Techs), the job market for PHP is in a good place. With the latest release of PHP 8.0, PHP is as also as fast as ever. Ohh, and did I mention that Laravel has been consistently ranking at the top in the various back-end frameworks ratings?

All in all, PHP might not be the sexiest or most modern language, but it’s not going anywhere anytime soon👇

This week, when PHP celebrates it’s 26th birthday, we highlight seven great PHP developers (in no particular order) who actively contribute to the community and prove that this language is alive and kicking. 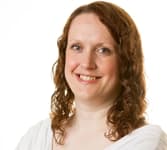 Lorna Jane Mitchell (also known as lornajane) is a Developer Advocate for Aiven. She supports developers doing amazing things with open-source data platforms. She loves APIs, scripting languages, and learning new things. She’s also passionate about open source and about sharing what she knows with others.

Mitchell is a published author, blogger and conference speaker, and project maintainer. According to her, she’s ‘happiest when her GitHub graph is green’.

What she’s up to: 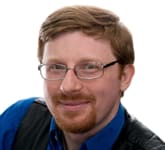 Larry Garfield has been building websites since he was a sophomore in high school. Previously, he was Director of Developer Experience for Platform.sh and a long-time Drupal contributor and consultant. He also led the Drupal 8 Web Services initiative that helped transform Drupal into a modern PHP platform. 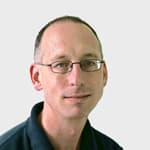 He runs his own company, Nineteen Feet where he provides consultancy, development and training to clients, concentrating on APIs. 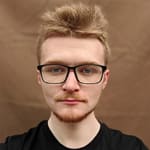 Albert Wolszon has been programming since he turned 10. With a strong background as a web developer, he’s one of the most followed PHP developers on Github in Poland. Recently, he fell in love with Flatter which he uses for developing amazing apps at LeanCode. 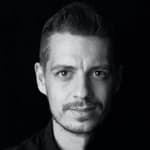 Szymon Krajewski specializes in PHP, but he’s also experienced with JavaScript and its ecosystem, Python, Java, and, Bash. His mission is to help others write better code by showing, explaining and inspiring via his blog, szymonkrajewski.pl. 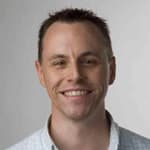 Paul M. Jones is an internationally recognized PHP professional, working in that language since 1999, and programming in general since 1983.

Paul’s past community leadership involves having been a founding member of the PHP Framework Interoperability Group, where he was the driving force behind the PSR-1 Coding Standard, the PSR-2 Style Guide, and the PSR-4 Autoloader recommendations.

Paul’s historical open-source work includes being the project lead on the Aura for PHP libraries, the architect of the Solar Framework, and the creator of the Savant template system. He has authored a series of authoritative benchmarks on dynamic framework performance. He was a founding contributor to the Zend Framework, now Laminas (the DB, DB_Table, and View components). 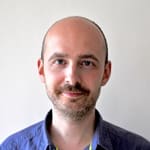 Matthias Noback is a professional web developer since 2003. Matthias has his own web development, training and consultancy company called Noback’s Office. He has a strong focus on backend development and architecture, always looking for better ways to design software.

Connect with talented PHP devs around you!

Are you looking to connect with talented PHP developers in your area? Make new friends, find business partners, organize a peer support group or even find a mentor via our Developer Leaderboards!

Symfony, Shopware, WordPress, and how to improve PHP-based Web Development

How To Create Custom Helper Function In Laravel 9

Once suspended, codersrank will not be able to comment or publish posts until their suspension is removed.

Once unsuspended, codersrank will be able to comment and publish posts again.

Once unpublished, all posts by codersrank will become hidden and only accessible to themselves.

If codersrank is not suspended, they can still re-publish their posts from their dashboard.

Once unpublished, this post will become invisible to the public and only accessible to CodersRank.

Thanks for keeping DEV Community 👩‍💻👨‍💻 safe. Here is what you can do to flag codersrank:

Unflagging codersrank will restore default visibility to their posts.