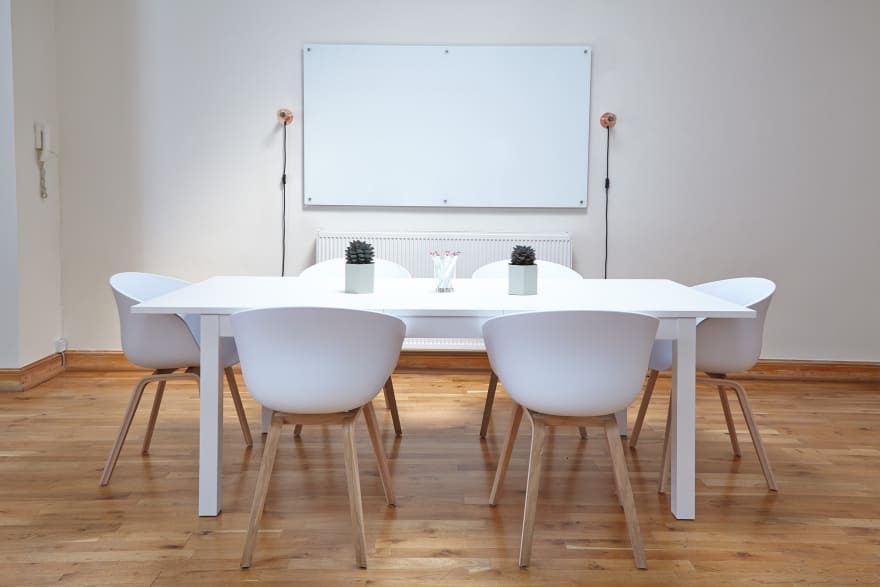 Everywhere you look, the pen and the paper is being replaced by the stylus and the touch screen. In the early 2000s, the first few smartboards rolled out into classrooms, abrogating the chalks and markers and erasers and grime-stained boards. These new boards promised an interactive approach to learning that catered to different types of learning. Now fast forward to the ipad and surface pro era. Touch interfaces have now found homes on monitors.

So the big question is, why do tech companies still pull out the good ol’ dry erase board during technical interviews? Do the technical interviewers inwardly cackle with glee when they see their candidates’ eyes widen at all the battle scars on their boards? Most likely not. Is the whiteboarding phenomenon a time-worn tradition that needs to be kicked into the 21st century?

The problem with the dreaded whiteboard is that it is completely antithetical to a programmer’s normal work environment.Gone are the hotkeys. Gone is that nice editor that makes code reading a somewhat pleasing experience. In place of all the convenience a computer provides is a marker and your insecurities. Of course, with constant practise, whiteboarding may just become a mild annoyance rather than a massive migraine. But if tech companies continue to demand whiteboarding and recruits continue to despise it, there has to be a happy medium.

That’s where the smartboard comes in, whether it’s a touch monitor or the interactive whiteboards found in many high schools. There are many whiteboarding software out there. Microsoft recently just released one of their own. The technical interviewer simply needs to have the software up and running before the interview begins. Why does this bridge the divide?

1) Inclusivity: The interactive whiteboard caters to different styles. Some people may be visual learners and may find it hard to read their own code. A lit, pure white background will make it easier for the candidate to read his or her own code.

2) Flexibility: Would it hurt to have documentation available? A programmer who is willing to refactor his code by looking up some useful methods is someone you’d want to have on the team. In one go, you can check the knows how to read docs and actually refactors code boxes.

3) Interactivity: There is no question that we’ve been spoiled by touch technology. When you’re left with a pen and a board with no fluid dimensions, you’d feel like you just time traveled. Now you actually have to worry about make sure you can contain your code. With a smartboard, all the candidate needs to do is scroll to create more blank space.

Smartboards won’t solve all of the pain points experienced by developers, but they at least alleviate the anxiety some candidates face when approaching “The Whiteboard.”

Codesmith Staffing
Blending the models of a traditional IT Staffing Agency with a Software Development shop, Codesmith Staffing is guaranteed to meet any and all client needs
Best Coding Bootcamps of 2019
#webdev #career

Once suspended, codesmith_staff will not be able to comment or publish posts until their suspension is removed.

Once unsuspended, codesmith_staff will be able to comment and publish posts again.

Once unpublished, all posts by codesmith_staff will become hidden and only accessible to themselves.

If codesmith_staff is not suspended, they can still re-publish their posts from their dashboard.

Once unpublished, this post will become invisible to the public and only accessible to Codesmith Staffing.

Thanks for keeping DEV Community 👩‍💻👨‍💻 safe. Here is what you can do to flag codesmith_staff:

Unflagging codesmith_staff will restore default visibility to their posts.