Today I will be writing more about some handy ES6 features. To reiterate a bit from my last blog ES6 stands for ECMAScript 6. ECMAScript is basically another name for Javascript and javascript does update the language and features of the language roughly every year. Sometimes, like with ES6 the update can be rather robust. Today I will be focusing on some big changes that I did not talk about last week, namely: spread and rest operators, object deconstructing, for...of loops and maybe some others.

The for...of loop is a nice iterator that ES6 has given us. It will iterate over each element and apply the logic inside the loop to each element. It is important to remember that this style of loop will not work with objects, for objects we should use a for-in loop. The for...of loop has many neat applications. So for example we might have an array of numbers and we want to put all the odd numbers in a different array. Obviously for this we can use a regular for loop but the for...of loop is not only a bit quicker, but we also dont have to worry about the length of the array. If the array is of an unknown size, but we do know it is an array, we can use a for..of loop. There could be an argument here to use a while loop with an unknown length array but I try not to as much because of infinite loop errors. 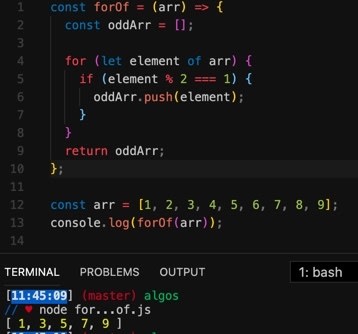 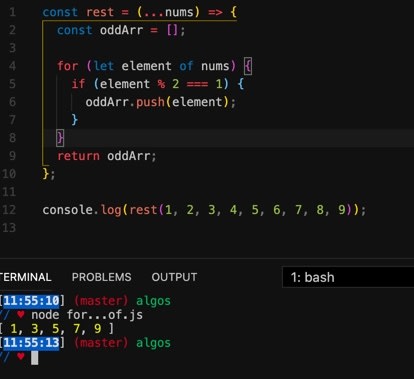 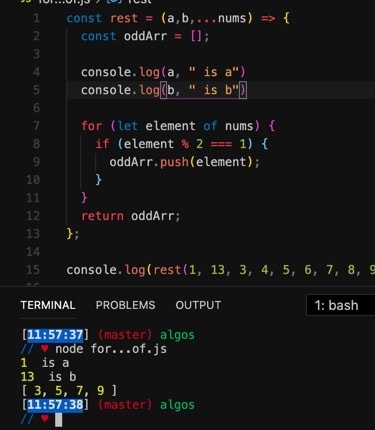 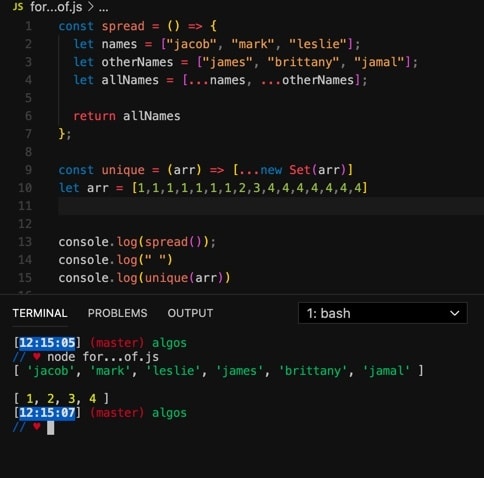 Another cool part of ES6 was object destructing. It is basically an easy way to pull from arrays or objects. This is also something that I have used a lot, especially with react. Using object destructing on props has become a frequent part of my react coding. Essentially what well do is assign one or more variables to an object or an array. That array or object will then be destructed and we will have access to them via the variable(s). I used this with props often when for example you might have passed props of, for example, an animal to another component. Instead of writing props.name, props.species over and over, we can just destruct the props at the top with the attributes from them that we want and then use them without having to write props.whatever a million times. 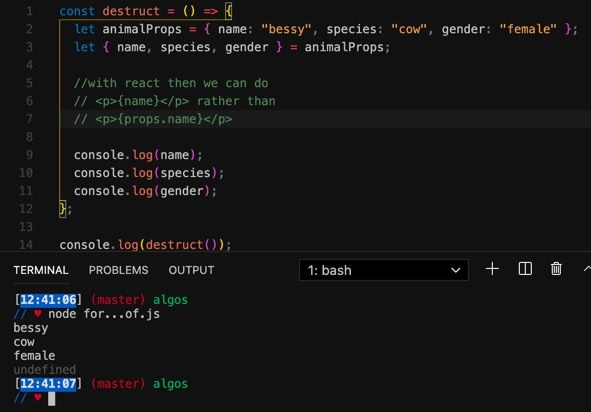 Once suspended, coronaisme will not be able to comment or publish posts until their suspension is removed.

Once unsuspended, coronaisme will be able to comment and publish posts again.

Once unpublished, all posts by coronaisme will become hidden and only accessible to themselves.

If coronaisme is not suspended, they can still re-publish their posts from their dashboard.

Once unpublished, this post will become invisible to the public and only accessible to Nick Corona.

Thanks for keeping DEV Community 👩‍💻👨‍💻 safe. Here is what you can do to flag coronaisme:

Unflagging coronaisme will restore default visibility to their posts.