Flexbox is a container organizer that is used to make anything be in a set order. While lists are only vertical, Flexbox is in any way you set it to be.

First you make your list of divs
Each div is an individual container for a list item. These divs order and properties is what will decide how it interacts and works on the website.

(The class can be whatever you want, as long as you get your CSS right it should work)
before we decide the order of the list we need to set the Flexbox to show up. so in CSS put this in.

this will display the divs as a flexbox, you can place them in any direction you want.
Next is actually deciding its direction, below is the code for doing so

but this isn't the end how you can change your flexbox to be best for your site. just below are some direction and properties that can be used to determine how the flexbox works

Now those are just an order of words. below we get into what each of them mean and how they work on the flexbox

: defines in which direction the container wants to stack the flex items. like columns and rows, the order within the rows and columns can be reversed.
flex-wrap: flex wrap decides if the row/column you are making will wrap back around if you've reached the end on a side. like how this text just hit the edge of the post and wrapped to the line under.

: is for setting both the flex-direction and flex-wrap properties in one command.

: will decide which direction the flexbox will lean, its like using padding on text so it sits in a certain position.

Now that you've decided which to use we can explain what that means. Now for my Figma I chose a right facing wrapping image Flexbox. AKA a nice looking list that goes by from left to right. so in the divs you want to put some things. lets say i want to put some images there so id need to go into each individual div and give each one its own image

(This list can go on for as long as needed but I'm stopping it at 3 so its easier to read)
Now each of these divs that are within the class "Flex-container" will go with the flexbox you made. 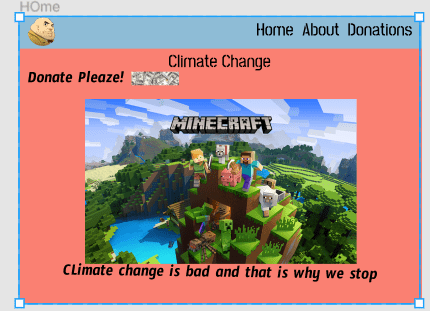 Put Footer at The Bottom with CSS Flexbox

coses23298
My Current GitHub Profile
#github #showdev #career #discuss
Relocation: yes or no?
#career #discuss #beginners
[Discussion] Give the challenges you have faced as a programmer
#help #discuss #programming #challenges

Once suspended, coses23298 will not be able to comment or publish posts until their suspension is removed.

Once unsuspended, coses23298 will be able to comment and publish posts again.

Once unpublished, all posts by coses23298 will become hidden and only accessible to themselves.

If coses23298 is not suspended, they can still re-publish their posts from their dashboard.